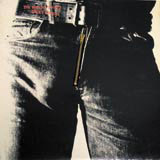 All praise to Cameron Sinclair for bringing a note of harsh reality into the designer-luvvie world of the Design Museum’s Under a Tenner exhibition. Sinclair, the New York designer who co-founded the Architecture for Humanity movement, has selected a land mine. Horrifyingly cheap and ubiquitous. Well under a tenner to kill or maim someone.

That puts some of the other stuff into perspective. Like Ron Arad’s choice of a Hawkins Bazaar fly gun. ‘Isn’t this an amazing device to get the bastards?’ he asks rhetorically. Or the traditional mousetrap chosen by Brazilian furniture designers Fernando and Humberto Campana (‘This invention cannot be bettered for exterminating rodents that inconvenience man’).

There is plenty of scope for controversy. For example, Dutch graphic design group Experimental Jetset selected the Magic Tree car air freshener on the grounds that it is ‘a pagan idol in every car’. That’s not ironic, it’s just silly. They are horrible, useless, chemical-emitting scraps of cardboard.

What else? Lots, since 14 people or design consultancies were each asked to nominate ten items. Foreign Office Architects turns out to be a Muji and Manufactum fanatic, who also waxes lyrical about the incandescent tungsten light bulb. Industrial designer Sam Hecht’s list of choices is more offbeat (RyanAir’s sick-bag that doubles as a photo-processing envelope, the ultimate cost-cutting measure). Wayne Hemingway’s list is both practical and somehow touching: cotton buds, and a B&Q chisel, which he apparently uses to dig weeds out of his lawn.

What a great idea this show is. Everyone will disagree with everyone else’s choices, everyone will immediately think of things which should be in the show but aren’t (wot – no Cucciolo lavatory brush?) and we can all have fun separating the pseuds from the lateral thinkers. After all the recent controversy surrounding the Design Museum and its direction, Under a Tenner is a brilliantly simple way to insinuate the idea of design into the public mind.

The designer I most tip my hat to is Hella Jongerius from the Netherlands. All ten of her objects are various jugs from around the world. ‘The handle and nozzle give character to the jug, just like the human ear and nose,’ she explains. ‘There are impudent jugs, vulnerable jugs, stately jugs, earthy jugs and so on.’

And if I were asked? A pack of three yellow-handled Stanley scalpels from Homebase. What about you?

Under a Tenner takes place at the Design Museum, Shad Thames, London SE1 until 27 February 2005