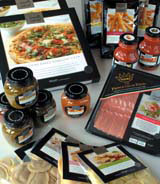 Own-label brands, such as Tesco Finest or Sainsbury’s Taste the Difference, are taking market share in the European food retail sector, with UK retailers leading the way, according to a recently published report.

Most major supermarkets have launched own-ranges in a bid to create differentiation within an increasingly competitive market. Sainsbury’s, which runs several own-brand ranges, including Organics, Basics, Blue Parrott Café and Free From, is currently planning to relaunch its premium Taste the Difference range this summer, with a redesign by Parker Williams (DW 15 December 2005). It has also ploughed £10m into the redesign of its Be Good to Yourself range, increasing it by 25 per cent to comprise nearly 500 products. Meanwhile, Aldi launched its premium Specially Selected brand last year, to reflect a new quality-led brand positioning.

The own-label ranges, designed with sophisticated branding techniques, are typically based on ‘good, better and best’ categories, which are translated into bespoke identities and packaging, worked up by either in-house teams or external consultancies.

Prone to regular revamps, the ranges are becoming key ways to attract consumers into stores. Health-based own-label brands, which can be marketed to a broader band of customers, are a particularly strong area, according to the research undertaken by Mintel, which analyses food retailing in Europe.

‘These ranges are essential to margin because they give people a reason to visit a store, providing merchandise which no one else has. What began as a way to try and raise profit margins has now become a key tool for product differentiation. A range of brands used to signify choice in a supermarket – now it is increasingly the brand of the supermarket that signifies the range. This is one of the ways forward for retailers in Europe to try and combat competition from consumers,’ says Richard Perks, director of retail research at Mintel. 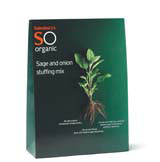 The report also claims there is a general trend, throughout Europe, towards larger store formats, as retailers shift their focus to develop their non-food offerings. Over the past five years, Tesco, Asda and Sainsbury’s have all added between 25 to 54 per cent to their retail space, as they move into health and beauty territories typically occupied by specialists, such as Boots and Superdrug (DW 12 January 2005).

The news that Tesco is trialling a stand-alone area, to sell solely Apple products, could pave the way for the proliferation of non-food brand stand-alone areas within other supermarkets, which will undoubtedly evolve traditional store designs, reworking navigation and brand systems.

Either way, with sales across Europe set to tip €1bn (£0.68bn) before the end of the decade, as highlighted in the report, continued growth and design innovation is a certainty.

The Core tries to instil personality into Argos brand