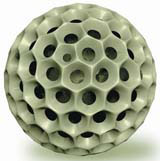 The Cologne and Paris furniture fairs are in flux, as they continue to face challenges from rival events. Lynda Relph-Knight and Natasha Edwards return underwhelmed by the amount of new products on show.

‘YOU see, now we can deliver.’ The words of a representative of Italian manufacturer La Palma just about sum up the sentiments of this year’s IMM furniture fair in Cologne. For the Italians, and most other non-German exhibitors, this was not a launch pad, but an opportunity to do business, with lines introduced in prototype last year in Milan, Valencia – or wherever points are scored for innovation.

Of course, it was ever thus. But, this year, there was a resignation to global stars, such as Italy’s Cassina and Spain’s Perobell, whose stands had a beautifully relaxed air to them, inviting visitors to sit and contemplate on elegant sofas by the likes of Philippe Starck, Piero Lissoni and Jorge Pensi, among others. If there was a theme to the event, it was ‘classic’, reflected in the contemporary hall’s descriptor Pure, proclaimed on banners throughout the three-level space. The choice of septuagenarian Dieter Rams as a creator of the fair’s Ideal Home feature – alongside the younger multinational team of Astrid Krogh, Stefan Diez and Joris Laarman – seems to have set the tone of minimal, functional furniture that harks back to another age.

Even established German manufacturers, such as Thonet and Walter Knoll, played up their craft heritage. Thonet focused literally on its past with a display of beautiful chairs, featuring tubular steel, created from the 1920s to the 1970s, including Mart Stam’s S43 Cantilever Chair of 1931 and the 1971 S826 Rocking Chair, by Ulrich Böhme. The collection is extended this year by the S333 Toboggan, by Holger Lange. It is, surely, a comment on the state of the furniture industry, when a company renowned for chairs diversifies in this way. Walter Knoll, meanwhile – recently revitalised with some help from UK designers, such as Pearson Lloyd and Norman Foster – had more ‘novelties’ to show, but the theme is again restrained, classic lines. Foster’s timeless 503 seating range is extended, and Pearson Lloyd’s Turtle chair appears with new lighter feet – to make it acceptable as a dining chair – and gains a barstool cousin.

Austrian design group Eoos has done much with Walter Knoll of late, with new lines, ranging from the Gaston classic club range to the elegant Elipse occasional table. Its Together upholstered bench is adapted to be a sofa, with adjustable wings at the end of the backrest, to allow the sitter to configure the piece to suit themselves.

In recent years, the Cologne fair has reinvented itself as IMM, to gain more than a purely business appeal and to attract visitors from new markets. It has still to woo the Japanese en masse, according to some exhibitors, but Russian buyers have joined the usual coterie of European specifiers and agents. In the past couple of years, it has attempted to take on Milan’s Salon Satellite by introducing a young design element. The offshoot Rhine Park Hall hosted an array of youthful student practitioners from Europe and beyond, under the banner D3 Design Talents, where the resourceful Dutch were clearly the leaders of the achievable avant garde. But even the bustle of live workshops failed to detract from the sparsely populated space, and the organisers have their work cut out to develop that area next year.

One level down, the tale was one of even greater woe. The NRG exhibitors were decidedly disgruntled by the lack of visitors and control over content that included a Somalian duo selling beads and traditional artefacts, curious unmanned stands, showing very little – and the likes of Anglo/German duo Zim Zum, which had been talked out of a presence in the Pure hall to be part of NRG, where its wares would have looked more comfortable alongside those of Tom Dixon. Reports are that IMM is talking to Britons Piers Roberts and Rory Dodd of Designersblock, and separately to Max Fraser of Design UK, about how best to curate its ‘fringe’ event in the future.

Off-site, things were a little different, with fringe events providing more talking points. Stylepark’s installations – this year badged as Storytellers – continue to delight. The new Design Post breakaway – organised by Montis’s Paul van den Berg and Arco, in a derelict mail sorting depot – flew the flag for Dutch design and managed to attract manufacturers, such as Moroso. As part of the deal, exhibitors get to use the space as a showroom for a year, but will its freshness last?

So IMM presented the opportunity for reflection rather than major innovation this year. We can only hope that April’s Milan fair, in its new venue and with local giants such as Cassina and stablemate Capellini deciding to show in the main event, will bring the experimentation that inspires great design. 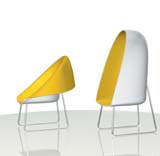 The Salon du Meuble at Paris Expo had a curious atmosphere this year. Rival Maison & Objet – and contemporary offshoot Now! – became part of the Mairie-backed Paris, Capitale de la Création initiative, and moved to the end of January, just before the ready-to-wear and lingerie fairs. Since then, exhibitors and visitors have had to choose between them.

Matali Crasset was at the Salon du Meuble, where she was graced as its Designer of the Year and displayed three of her Mix chairs, amid parachute-like hangings, adorned with drawings by Mrzyk and Moriceau. Meanwhile, Jean Nouvel was honoured with a design retrospective at Maison & Objet and was crowned Creator of the Year.

Significantly, Ligne Roset chose to exhibit at Maison & Objet this year, although its subsidiary, Roset Hotels & Contracts, exhibited at the Salon du Meuble, where it presented Jean-Philippe Nuël’s Luca armchair – the first piece by the hotel interiors specialist to go into commercial production.

The Métropole/Moderne hall at Paris-Expo felt decidedly sparse, and not necessarily more modern than some of those in the eclectic Grand Marché section.

Has Maison & Objet won the battle of the Italians? Edra and iGuzzini will be among the newcomers at Now!, where the trend displays are always worth a look. But you still needed to go to Salon du Meuble to check out Via’s annual grants to young designers, which this year included Adeline Lunati’s drawers, Antoine’s Fritsch storage wall, and Thomas Peugeot and Eric Benque’s clever, stackable coffee cups – a collaboration between a computer scientist and a designer.

Prize for the weird and incomprehensible goes to the interactive prototypes by Mathieu Lehanneur, winner of the Carte Blanche award. Among other discoveries were prototypes by C & B Lefebvre, the Banc Dentelle (lace bench) designed by Chabaud & Lévêque for Edition Compagnie in Laforge’s high-performance Ductal® concrete, the new materials space at associated furnishing materials salon Approfal, and the Paco Rabanne-style chain mail produced by Foin.