Relocating your business to Australia may seem like more of a lifestyle choice than a career move, but, for Vince Frost, it’s been a successful decision in both respects. Trish Lorenz looks at life down under

With its reputation for clear blue skies, stunning beaches and water views, it’s easy to understand why so many people love Sydney, Australia’s unofficial capital city. But, from a design perspective, it’s a lesser known quantity, and a move from London to sunny Sydney might be construed as an unusual career move.

Not so, says Vince Frost (pictured), who moved to Australia two and a half years ago, following an approach by Garry Emery to be his partner across his Sydney and Melbourne offices. The partnership may not have worked out (the Melbourne office is now Emery Studio and the Sydney office has been rebranded as Frost Design), but Frost remains convinced about his move to Australia.

‘Australia is fantastic, I love it,’ he says. ‘It’s a great place, it offers a nice life and there’s no way I’m going back to London. A lot of people said to me, before I left, that it would be difficult being on the other side of the world, in the middle of nowhere. But there is more than enough work in Sydney, let alone in other countries [in the region].’

Since 15 November last year, Frost has been busy repositioning the Sydney office from Emery Frost to Frost Design. ‘It’s brought clarity back into my life and into the business,’ he says. Frost Design has 25 staff, including ten graphic designers – a big jump from his London office, which comprised six people. ‘It’s an enormous pressure, but very motivating, to keep 25 people busy and to keep overheads down. But it’s also quite cool to have an infrastructure where not everything is totally reliant on me.’ 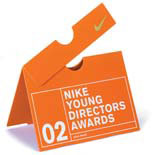 He’s keen to stress that the company has been established for 20 years. ‘It has been one of the top two or three design ccnsultancies in Australia for many years, so I want to be very clear that it’s not possible to come here, start from scratch and get to 25 people in two and a half years.’

The group works with clients across Australia and south-east Asia, from Singapore to Hong Kong and South Korea, and beyond in the US and Europe. Its clients include: Australia Post, for whom it is designing a stamp; Google in Beijing, where it is creating a 3D interactive environment; AIG in Korea, where it is working on naming, branding and marketing the AIG Tower; and a Sydney restaurant, for which it has designed interiors, signage and other collateral. ‘It’s a really wonderful balance, with everything from the arts to big banks, and projects ranging from a French cook book to the Australian film classification system,’ he says.

Frost points to an identity the group has designed for the Sydney Dance Company, as indicative of his way of working. ‘I spent ages trying to find out what was special about [the organisation], looking for the gift or the clue from the project, rather than trying to force something on it,’ he explains.

Working with a bigger group has influenced his creative approach. For instance, the group employs two strategists. ‘They are a real asset. I’ve always pooh-poohed strategy before,’ he admits. ‘I’ve looked at groups like Interbrand as being too strategy-heavy and thought the strategy always came first and the creative [work] looked weak.’ But, he concedes, ‘There is a way of doing the two together. Combining strategy and my intuitive approach gives us a stronger balance.’

It’s clear that Frost has found his feet and enjoys his new role, but it’s equally obvious that it has been a challenging time. He admits it’s been a ‘difficult two years’ and says, ‘I’ve never worked so hard in my life’. Apart from the breakdown of the Emery Frost partnership, Frost’s London office is also ‘not really’ operating at present, having been downsized to just one person. Frost says he will ‘reopen London in 2006, once Sydney is more established’, and has plans to recruit a senior person, either in London or Sydney, to lead the UK team.

His young family still lives in Melbourne and, until the move to Sydney is completed, he is left with a challenging weekly commute. By way of welcome, there is a retrospective of his work, Frost*bite: Graphic Ideas by Vince Frost, which opened earlier this month at the Sydney Opera House Exhibition Hall. It co-incides with the publication of a 500-page book – Vince Frost: (sorry trees) – covering more than ten years of his work, introduced by a ‘quite personal’ essay by Frost, and including 49 case studies: ‘the good, the bad and the ones that got away’. (pictured left)

It seems that it’s not only surfers, but designers too, that can prosper in the land down under.