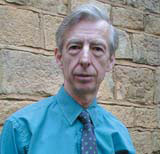 Merger and acquisition activity is on the rise once more, but will your group appeal to buyers’ specific demands, asks Bob Willott

A year ago, 51 per cent of all marketing services company-owners thought it would be wise to sell their businesses sooner rather than later, according to a survey by WKS Results. Is that still the case, and was it ever true of the design sector?

Certainly, there has been a lot of acquisition activity. There are more buyers seeking to feed their appetites for growth than there have been in the market for a long time. The economy has experienced a boost and a more buoyant stock market has made it easier for publicly-listed buyers to offer tempting prices.

At the same time, there has been a significant shift in the role of design within the marketing services sector, which is fuelling merger and acquisition activity.

Routes to market have changed significantly, as the role of digital communications has become better understood, more focused and more effective. So clients are shifting money out of traditional budget headings into digital and related disciplines.

Designers with a strong digital capability may become the beneficiaries of this shift, with clients spending more with them and growth prospects greatly enhanced. Potential buyers will be excited by that.

Conversely, design consultancies that remain entrenched in traditional, project-based functions may find clients spending less, leading to either fewer projects or those with a lower margin. These are the consultancies.

Those owners will be getting nervous, weighing up the prospects of getting out while they can, or linking up with a group that can offer the specialist skills that their clients demand.

According to Graham Beckett, chief executive of Results Business Consulting, there has been a reasonable amount of acquisition activity in the design sector. ‘But it’s not as active as digital, for example,’ he says. ‘Buyers perceive design consultancies as more vulnerable to economic downturns and are wary about the project nature of their work.’

These reservations are reflected in the profit multiples buyers are prepared to spend. Beckett says the price is unlikely to extend beyond six times maintainable pre-tax profits (that’s equivalent to almost nine times post-tax profits) unless the target consultancy has something exceptional to offer. If there are pent-up surplus reserves – whether in cash or other superfluous assets – the buyer should pay for them as well.

Ultimately, the price is dictated by what the buyer expects to gain from the deal. Public companies need to feed demands for ever-increasing earnings per share, to please the investment community.

So they will look for above-average growth prospects, whether by discipline or geographical coverage, and be less than enthusiastic about talking to businesses making profits of less than £1m.

WPP has been putting much of its acquisition spend into places like the Far East, while trying to boost its digital capability. Aegis is also building up parallel global disciplines in digital and research.

The most active buyers in the UK at present are mid-tier public companies – Creston, Media Square, Cello and, to a more limited extent, Chime.

Canada is host to three public companies that claim to be actively interested in the UK market. Cossette is best-regarded, having bought Identica and several other high profile UK businesses. MDC Partners and Envoy both have a chequered past, although MDC was one of the first to be offered a partial purchase opportunity, instead of wanting an outright sale.

Omnicom is lukewarm about the UK, though it has been talking to businesses in the digital sector. In Europe, neither Publicis nor Havas has shown much enthusiasm for design recently, but digital specialists have been making acquisitions in the UK – notably LB Icon, which bought Wheel, and Framfab, which bought Oyster Partners.

Unusually, there are a few privately-owned UK companies like Loewy and The Engine Group that are looking to expand by acquisition and have some funds available to do so.

So what next? The current window of opportunity may extend for a year or two more. Nevertheless, a potential seller should try to choose the best time for a deal – one that not only suits the aspirations of the owners, but which coincides with the company being in a truly attractive condition.

Bob Willott is editor of Marketing Services Financial Intelligence (fintellect.com) and a special professor at the University of Nottingham Business School

• Most active buyers are mid-tier public companies, including Creston, Media Square and Cello

• Interest is highest in the digital design sector, or for consultancies with a digital capability

• There are a few privately-owned UK consultancies, including Loewy and The Engine Group, with funds for planned acquisitions