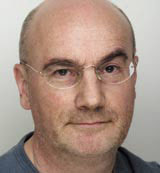 There are enough design events throughout the year to satisfy all but the most voracious design groupie. But you’d be hard pressed to find an event that had the visionary panache of Onedotzero, the annual festival of digital film-making. While other events in the design calendar try to capture the ‘nowness’ of contemporary design, Onedotzero gazes into the future. It encompasses a dizzying range of digital film-making activities – gaming, music video, architecture, character development and broadcast graphics.

A big part of Onedotzero’s success is attributable to Shane Walters, the festival’s co-founder and director. Walters stays out of the spotlight and allows the dozens of creatives championed by him to take centre stage. Yet at the same time, the self-effacing Walters manages to steer the festival with a firm hand and eye, always breaking new ground.

Onedotzero now has a presence in more than 50 cities, including: London, Berlin, Paris, Tokyo, Melbourne and Shanghai. It has spawned two TV series for Channel 4, published a lavish book (Motion Blur) cataloguing the best international digital moving image work, and launched a DVD label. Walters and his team have collated and commissioned hundreds of hours of original programming and provided consultancy and production services to independent clients.

When Walters, with his then partner Matt Hanson, started Onedotzero it was to showcase the huge changes that were happening in the world of moving image. Traditional film-making skills were being replaced by do-anything software, and the computer was becoming the primary tool of the animator. As Walters notes in Motion Blur, ‘Onedotzero was very fortunate to start when it did, with the advent of desktop digital film-making and the reduction in cost of these systems.’

One of the festival’s stated aims is to explore, in Walters’ words, ‘The grey area between art and commerce, client-driven and personal projects.’ It’s this emphasis that makes Onedotzero so innovative and so refreshingly different, and it’s often in the self-authored work – experimental work free from the constraining influence of clients – that you find the future of digital moving image.

In its role as a pathfinder for new modes of expression, Onedotzero frequently provides the first public sighting of ideas that will eventually turn up in TV commercials, music videos and broadcast graphics. Walters, and assistant director Anna Doyle, annually pull off the conjuring trick of finding some of the best and newest international practitioners in the digital sphere.

But there’s one final reason why Onedotzero is important. Today, nearly every graphics graduate emerges from art school with at least one piece of time-based media under their arm. The notion of the ‘print-only’ designer is almost redundant, and if designers are going to prosper in our new, always-on, screen-based world, they will be required to create moving images with the same fluency and confidence with which they design the static pages of printed documents.

They could do worse than attend one of Onedotzero’s master classes in digital film-making to see how it’s done.

Onedotzero runs until 5 June at The Institute of Contemporary Arts, The Mall, London SW1Y

Think outside the Xbox