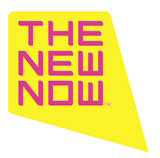 New Look, the UK’s third largest women’s retailer, is boosting design across the business, with plans to develop more sub-brands and roll out its first national brand campaign, created by Naked and design consultancy Odd.

New Look is currently looking to broaden its sub-ranges and is considering maternity, homewares and a revised baby collection as possible areas to develop.

Currently, New Look has a range for babies aged up to 15 months old, but is now in the throes of developing a range for newborns to nine-month-old babies, says Hash Ladha, marketing director at New Look. It is also trialling childrenswear in five stores and has started the development of ranges for petite and tall figures.

The identities for the sub-brands will be developed and managed by New Look’s in-house design team.

The move comes as New Look rolls out its ‘New Now’ campaign. Odd and Naked were appointed to the project in January after winning a joint pitch.

The campaign will include many design-led features. Areas and fixtures within stores will be set up to showcase the latest ‘of the moment’ trends, for example.

New Look is also planning to host a series of funfair events in specially decorated winnebagos located at various festivals, such as Party in the Park and V Festival.

‘It will be a really exceptional space, spliced with humour, where fashion meets fun,’ says Nick Stickland, founding partner at Odd.

The campaign will continue to roll out throughout the year across a broad media mix, including print and outdoor posters. A digital media consultancy has yet to be appointed to the project.