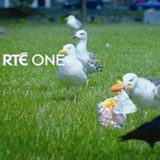 Irish Design Week will grow its international network and roll out more regional activities as the festival seeks to further broaden its reach.

Design Week in Ireland starts on 7 November and celebrates its tenth year this month. Run by the Institute of Designers in Ireland, the festival comprises a series of lectures, exhibitions and award ceremonies. In a bid to fulfil the long term ambition of expanding the festival, activities are being held outside Dublin for the first time this year. Design Shannon, a two-day event focusing on graphic design, visual communications and brand development, is taking place in Limerick, while a furniture and craft show exhibiting work from students and graduates will be held at the GMIT Letterfrack college in Galway.

‘We would like to see more networks around Ireland and reach out to as many people as possible, hosting a cluster of events that will be going on across Ireland,’ says Rina Whyte, chief executive officer at the Institute of Designers in Ireland.

‘We want to target as many audiences as possible and involve designers, buyers and the general public. We want to generate a real awareness of design and fully regionalise the festival.’

Whyte hopes to develop a week-long event that captures some of the vibrancy and energy of the London Design Festival. ‘We would like to get where the London Design Festival is, but we want to have our own identity and show off the best of Irish design,’ she says. To achieve this, the festival is looking to gain more sponsorship and recruit a single title sponsor for the event.

Additionally, Irish Design Week is being teamed up with the Royal Netherlands Embassy this year to help give an international European slant to the festival. An exhibition of Dutch design will take place in Dublin’s Cultivate Sustainable Living and Learning Centre. It will showcase more than 70 designs, covering Dutch graphic design, fashion, product, interior and furniture design. The touring exhibition is an initiative of the Association of Dutch Designers and the Premsela Foundation.

A host of Dutch designers and architects will also be giving lectures on design and showcasing their work throughout the week. Included in the line-up are the Dutch consultancies KesselsKramer and Koeweiden Postma. Historically, Dutch design has a strong link with the Irish design community, according to Whyte. Design Week will continue to collaborate with other European countries on future events, she confirms.

Design links with the UK are also being forged in this year’s festival. Richard Seymour, co-founder of Seymour Powell, is giving a lecture on the designer’s role in shaping the future. The team at Red Bee Media is also hosting a seminar on TV branding.

• 10 November: Richard Seymour ‘The Designer’s role in shaping the future’. Bookings via IDI

Intellectual property could be the key to beating competition