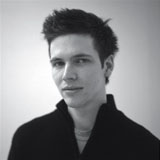 What does and should Nick Barley bring to the role of new executive director of The Lighthouse in Scotland?

I’m a big fan of The Lighthouse and everything that it represents as a cultural centre for Scotland. We Londoners have a tendency to steal all of the glory, particularly on an international level. That said, the Scots are stubborn and like to boast about their independence, so Nick Barley’s role should be to shout about their inherent creative attributes as well as inviting the rest of the world in to experience it. No easy task, but one that is achievable from the firm foundations left by predecessor Stuart MacDonald.

The vision of The Lighthouse is to be the definitive link between creative industries and the people of Scotland. It is arguable whether this has been achieved, given the fairly modest visitor numbers of a million since opening in 1999. As the former editor of The List, which truly represents mass culture, Nick Barley should be able to inject a shot of much-needed populist thinking into its programme of events.

Nick Barley obviously has a background in commerce/industry, and to a certain extent retail, when you consider his publishing history. Hopefully, this will ensure that The Lighthouse reaches out, as I thought it was supposed to in the first place, to bring the joys and both aesthetics and commercial benefits of good quality design to the general public and to Scottish businesses. The Lighthouse needs to step outside its comfort zone of appealing to those in the creative industries and start talking to punters that the creative industries need to be engaging with. Hopefully, Barley will be the man to deliver this.

If The Lighthouse is to become a significant cultural institution it needs to reassess its purpose. For far too long it has been chasing Government funding streams to survive. The outcome is that its programme reflects the priorities of its funders, not a clear sense of leadership or the promotion of a wide-ranging public debate about architecture and design.