Spring Chicken is a recently launched company that aims to combat the negative perception of older age and promotes stylish and attractive products that “look good and work well”.

The business has been set up by ex-Mothercare marketing director Anna James, with Michael Wolff working on branding, while Mike Dempsey developed the Spring Chicken identity.

To build on Dempsey’s identity, NB Studio has now created “Ken” the Spring Chicken – a brand character that will work throughout the company.

Michael Wolff: For the Spring Chicken brand to take root in the minds of its customers it needed to reflect and reinforce the same spirit as the Spring Chicken name itself. Ken is there because approaching the problems and opportunities of aging adults without empathy and understanding can be challenging and difficult. Ken is a useful, engaging and valuable catalyst.

Alan Dye: It was obvious – It was all in the name. We also wanted a little character that became a presenter, a character that tried the products, spoke to you had empathy, we wanted a character that would continue to develop not belittle our audience and have wit, Ken does all of this. 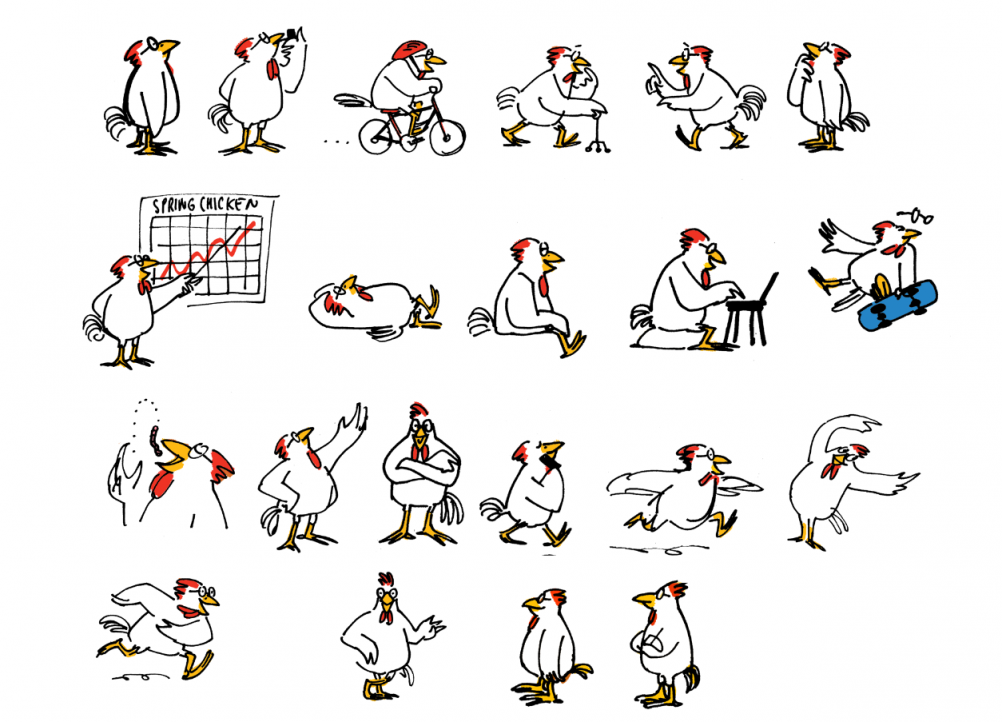 What qualities can a character like Ken bring to a brand?

AD: Animals are easy to remember, and have been used since Christendom to represent organisations – early Christians used a simple line illustration of a fish, since then they helped sell everything from biscuits to films. Ken is animated – he never sits still, he is true to his name and he has a spring in his step – we wanted him to have a big personality to be charming, enduring and most importantly to bring a smile to his audience. There are more than 11 million people over the age of 65 in England and he had to be loved by everyone of them.

MW: In the case of the Spring Chicken brand, a character like Ken can touch and engage people, by expressing empathy with his good-natured attitude and his friendly sense of humour. He can attract attention. These are important because empathy, in particular, represents one of the main reasons that Spring Chicken exists. The company behind the brand exists because it feels empathy with the needs and wants of our aging population and it will do all it can to make aging easier, healthier, better informed and as enjoyable as possible. Ken can help express all of this.

Nishant Choksi: I think Ken could be seen as a positive ageing character. Ageing is scary and Ken is trying to portray that it doesn’t have to feel that way. I think Ken’s humour and spirited nature can be used to make the brand approachable, friendly and positive in a sector that seems currently serious or even depressing.

Tell us a bit about the process of developing Ken?

NC: Michael and Alan already had a good idea for the feel of the character he wanted. There needed to be the sense of old but also energetic. The process started with lots of sketching. I tried out many different versions with different characteristics. I wanted him to feel alive and sprightly so the line work needed to reflect this.  When I drew, I did it fast to give a sense of energy. 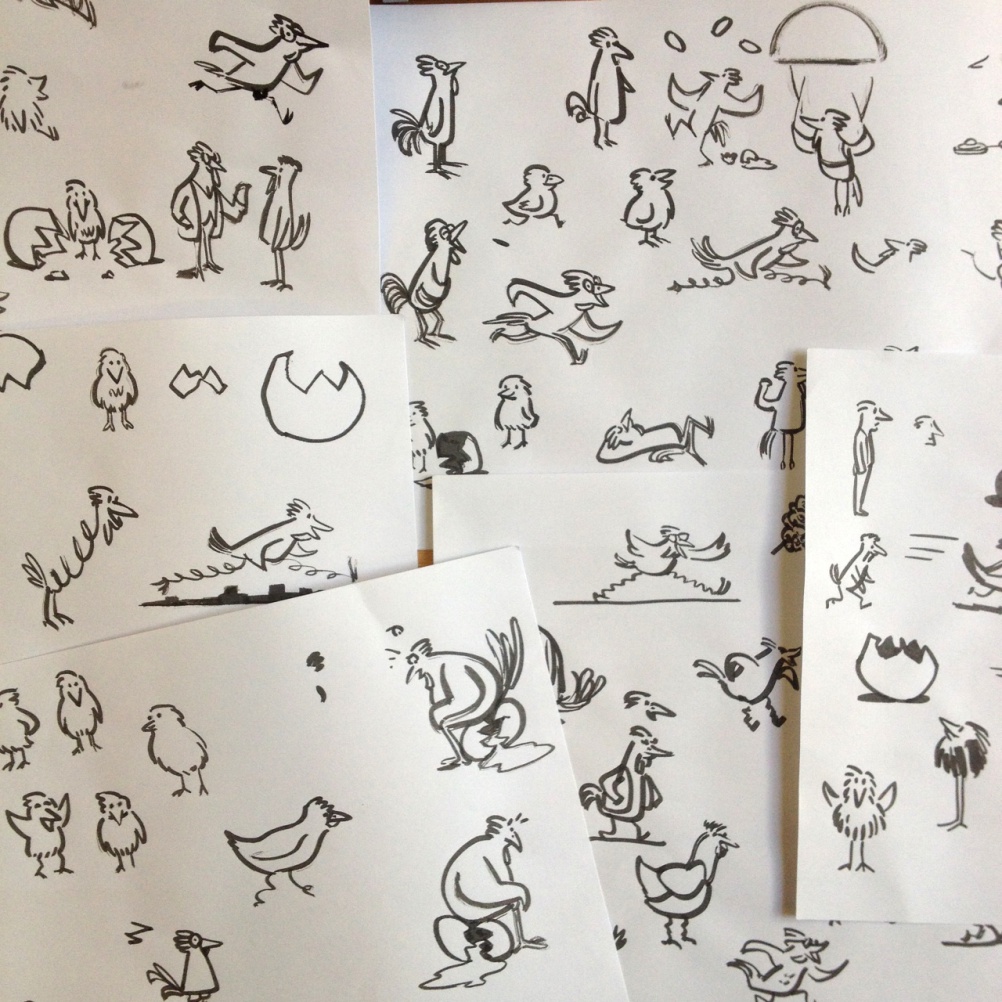 You did a number of drawings, but how did you know when you’d had the final version?

NC: You know you have it when you’ve stopped thinking you are designing a character and it becomes instinctive. You can easily imagine the character in multiple situations or positions, interacting in a real world.

What do you consider to be some of the best examples of brand characters?

MW: I often find that “brand characters” can be or become irritating, superfluous and irrelevant. The Churchill dog for example. If they’re to work, brand characters need to be relevant in the way they connect a company’s ideology with its customers. If they’re not, then they’re too easy to discount. The old Esso tiger, the Sugar Puffs tiger and the ComparetheMarket.com meerkats are among the few that I can actually remember. Ken’s already a good example.

What do you think the future holds for Ken?

MW: At the moment, as the Spring Chicken brand works to establish itself in the world it serves, Ken is the one who breaks the ice, introduces the brand and helps establish its personality. He’s a very valuable asset. I think Ken will be there for some considerable time, but as Spring Chicken becomes well known and established he may become less important than the quality, spirit and engaging wit of Nishant’s other illustrations. Even these won’t last forever. Brands, like people, need to develop, evolve and refresh.