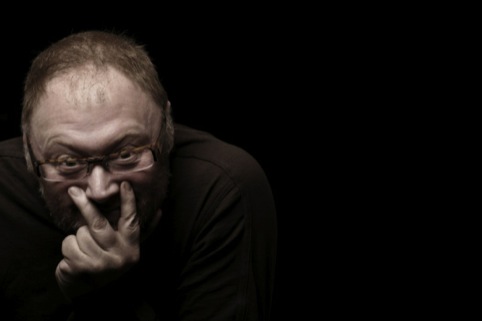 “For almost 25 years, my life was The Designers Republic,” says Anderson. “There’s a lot of emotional pain when you lose something that is all you’ve ever known.”

Five years ago, Ian Anderson, founder of tDR, was standing before a judge defending his consultancy’s name and putting his case forward for why he shouldn’t lose it. The studio had just gone into voluntary liquidation following the loss of two big clients and an unsuccessful business structure after the company had grown from a team of five to 20.

Anderson had set up tDR in 1986, and not your conventional graphic designer, he didn’t have any art or design training when he started out, didn’t study either subject at university, and didn’t even pass his art O-Level at school.

Instead, Anderson studied a philosophy degree at Sheffield University in the 1980s, which he says hasn’t gone to waste. “I think all young designers should do some philosophy,” he says. “It teaches you how to problem-solve, avoid creative block and convince a client that black is white.”

While studying, he was also in a band, and created all of his own LP covers and gig posters – like many designers of his generation, this was his route into design.

“When I was a kid, I used to spend most of my time designing football kits,” he says. “I didn’t think of myself as a designer – I was just someone who did record covers.”

He made his mark on Sheffield’s music scene, and was asked to manage his friend’s band Person to Person, and do their designs. “I was getting asked to do covers for different bands more and more,” he says. “It was a transition that happened organically.”

Off the back of this, he then set up tDR, which in its 23 years, was behind the album artwork for artists including Pulp, Supergrass and Aphex Twin, and corporate work for the likes of Coca-Cola and Orange.

But in 2009, the company shut down – closing a chapter in much more than Anderson’s career.

“Every aspect of my life – apart from my family and supporting Sheffield Wednesday football club – went,” he says.

The record industry was the consultancy’s “bread and butter”, he says, and budgets dropped as it became more digitalised. But Anderson puts the company going into voluntary liquidation mostly down to mistakes made as tDR grew – eventually, out of his own control, turning the small-creative led company into a business run by “middle-men”.

“I had to employ somebody to run the financial side of the business,” he says. “It’s very difficult to bring somebody into a job that you don’t know how to do yourself. He soured relationships, and I ended up with account handlers who were just getting in the way of me being able to talk to clients. I became dissociated from what was going on day-to-day – it became something I never wanted it to be.”

So, after its closure, Anderson was determined to restart the consultancy and bring it back to its roots of creativity, which he kick-started by spending most of his savings on buying the tDR name back in 2010. “It’s hard having to stand in front of a judge and hope they’ll say it’s okay for you to carry on using the name that’s yours anyway – that it wasn’t through negligence or bad intention that you’d gone bust, but just misfortune – the hardest part of restarting is mopping up the shit from what happened before,” says Anderson.

But since doing so, tDR has picked itself back up by sticking with a core small team of four – and by continuing to work with clients who are loyal to the consultancy regardless of its financial history.

“The model is going back to doing what I know how to do relatively well,” says Anderson. “Running a studio, with free and creative thinking and hoping the money fits in there somewhere.”

And now, tDR has grown a thicker skin – taking the anti-authority stance that the consultancy started with in 1986, Anderson says that when it comes to final designs, clients have to like it or lump it.

“In order to survive, bigger design consultancies are becoming increasingly geared towards satisfying what the client wants rather than what they need,” he says. “People don’t want to take risks. But if you come to The Designers Republic because of what we do, you have to remember that in order to do that, you have to leave us to do it. We try to encourage clients to give us space – we’re grown-ups and can do it without them.”

Current projects include a new album for band The Orb, work for a Gatecrasher club, and the branding for a London-based music school named the Institute of Contemporary Music Performance. While he notes that some larger-scale clients don’t work with consultancies who have gone into liquidation previously, Anderson’s not ruling out big client work for the future. “My values are left-leaning,” he says. “But I don’t think that means you have to restrict your potential clientele to whole-food collectives.”

And regardless of high-profile clients, it looks like tDR will always be the Sheffield-based, down-to-earth consultancy it started off as 30 years ago.

“I’ve never wanted to empire-build,” Anderson says. “I don’t want offices in lots of different countries. I want to maintain contacts with the clients that I work with and work with a team to make things happen. Plus, I can’t be away for too long – I’d miss too many Sheffield Wednesday games.”

We spoke to Ian Anderson at this year’s Offset Festival.