Playgroup has designed a new identity for the College of Policing, the professional body for policing, which is transitioning from being publicly funded to becoming a self-sufficient statutory body independent of government.

The College of Policing was set up by government in 2011 and has looked to review its communications as its status changes.

Playgroup was appointed following a government tender in September 2014 and has worked to communicate the new College of Policing proposition to new and existing audiences in the UK and overseas.

Playgroup creative director Steve Cluett says: “They offer highly respected training, not just in the UK but also residential courses to people from overseas. They also do a lot of trade shows so it’s not just a British audience.”

The new identity and brand application reference both “the heritage of British policing” and organisation that is “fit for the future” according to Cluett who says the consultancy had to consider the views of “millions of stakeholders”.

The previous design was “badly drawn” according to Cluett who says Playgroup’s main job was to redraw and clarify the elements within the logo.

The “Bath Star” which is common on Police crests has been retained and cleaned up, as has the chequered “Sillitoe Tartan” – also commonly used by Police forces – and the scroll, which indicates training and education.

Guidelines have been handed over to an in-house College of Policing design team and focus on “giving inspiration rather than explicit instruction”.

Playgroup has also designed the front end of a new website, social media assets, and a range of printed stationery. 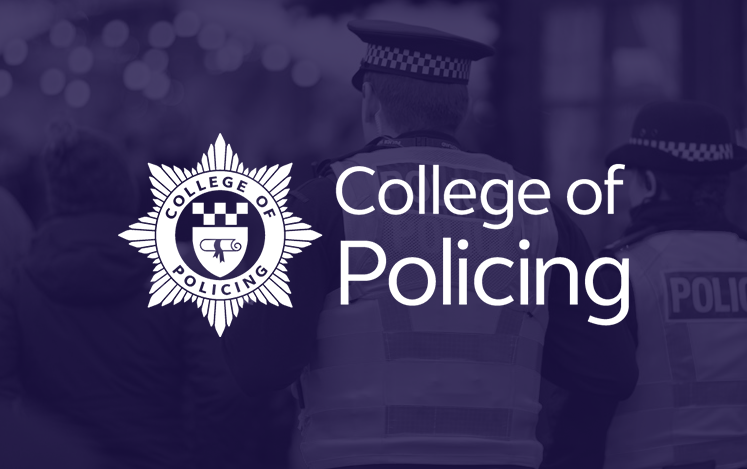 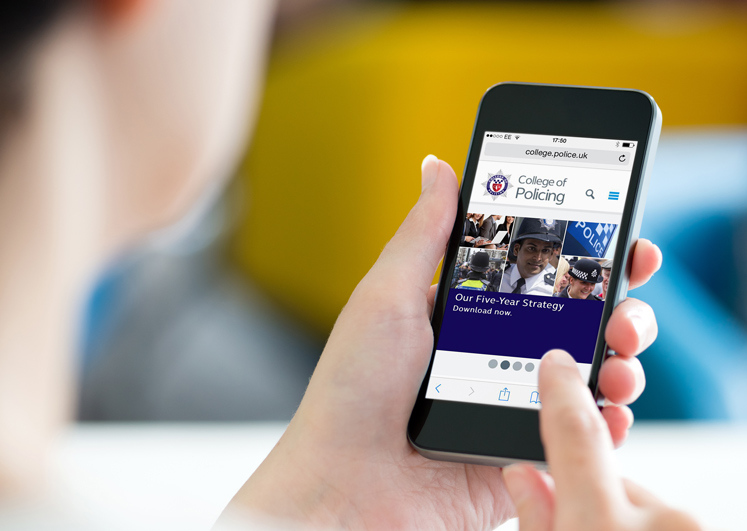 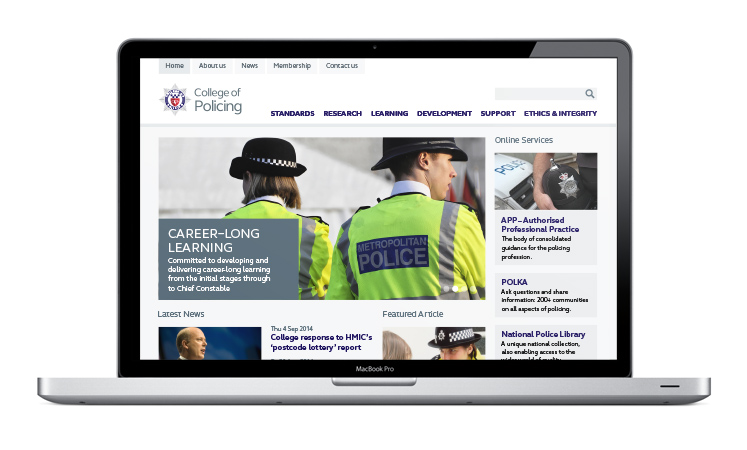 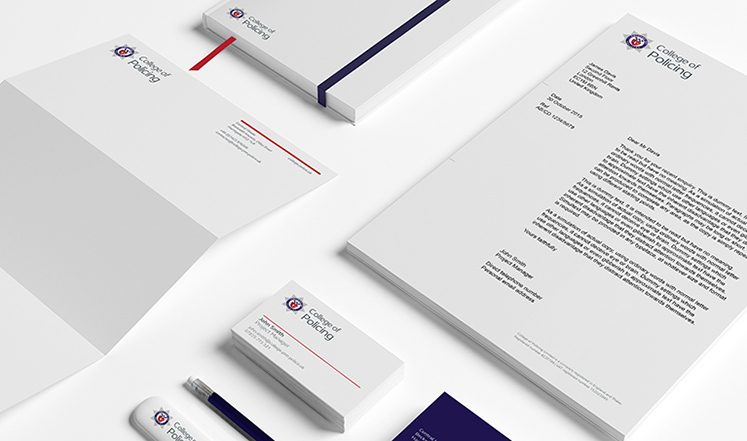 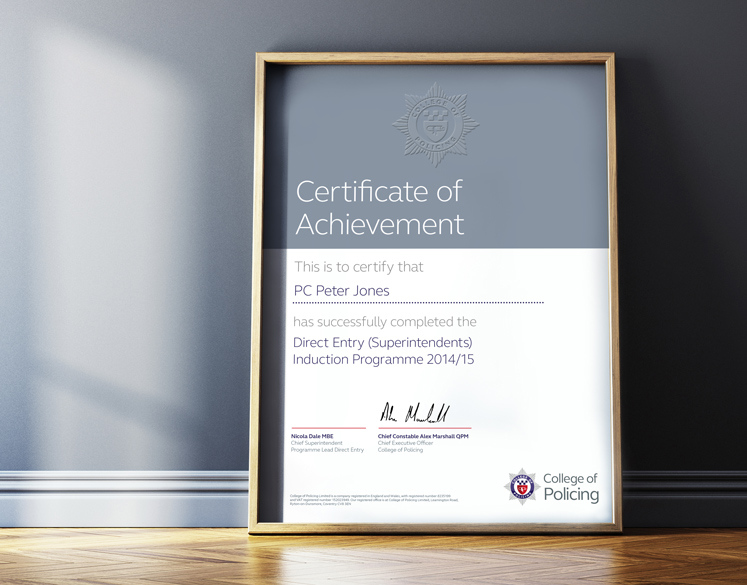