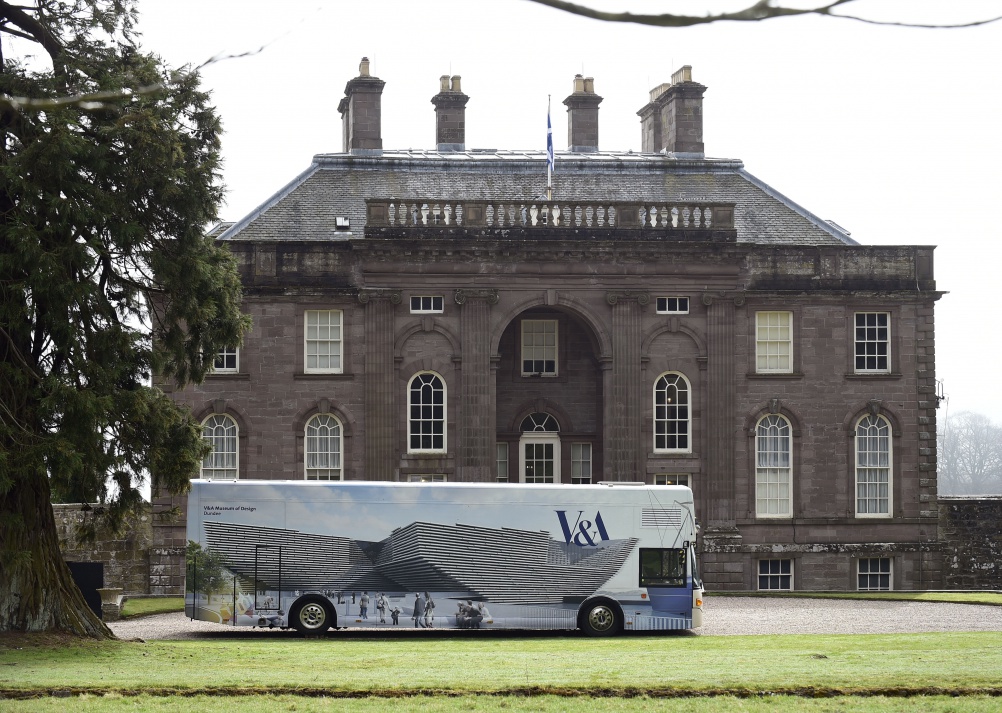 Ahead of the opening of the £80 million V&A Dundee Museum in 2016, a touring bus project, Design In Motion is taking leading Scottish design work on tour, first to the people of Scotland and then to the rest of the UK.

The bus contains seven projects demonstrating the breadth of current Scottish design. The tour is well underway, having already been on the road for two months in Scotland. It’s currently somewhere between Ullapool and Lewis. 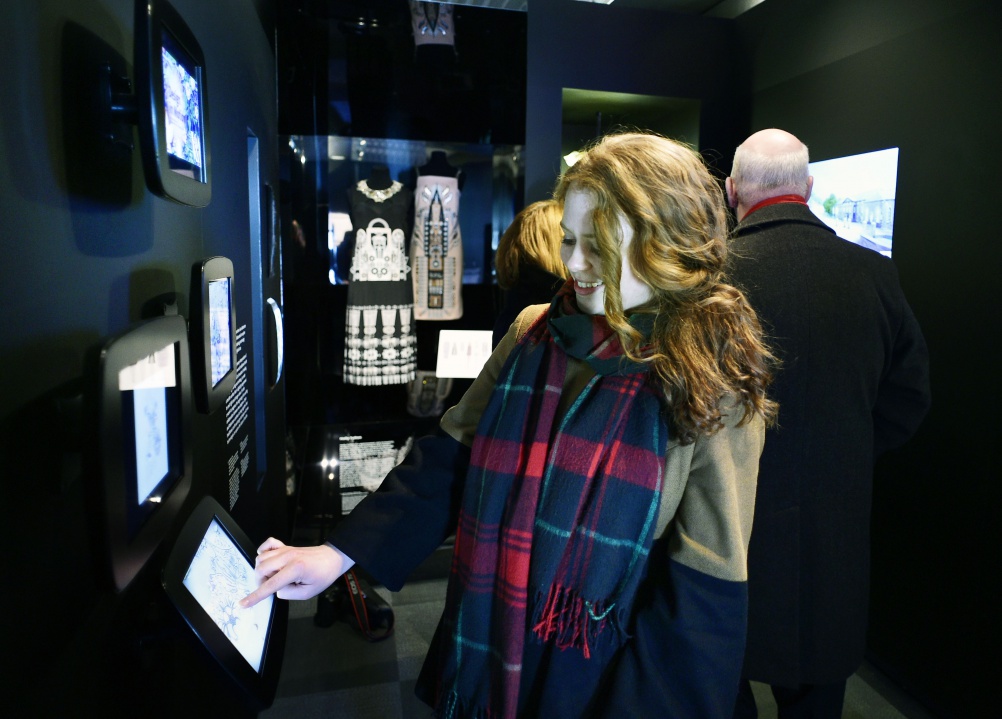 Design in Motion has been commissioned by V&A Dundee, which has worked with the Travelling Gallery on the concept and it has been designed by Gabriel Underwood, an exhibition designer based in the Scottish Highlands and London.

We caught up with V&A Dundee head of learning and engagement Sarah Saunders to find out more about each of the seven projects.

Sophia George became the V&A’s first Game Designer in Residence in 2012. That year she won a BAFTA Ones to Watch Award for her prototype of Tick Tock Toys, a family-friendly puzzle game for iPhone and iPad. Her residency project was inspired by a William Morris fabric she found in the Britain 1500–1900 galleries. It became the basis of the Strawberry Thief game, which was designed to be expressive, creative and immersive.

Saunders says: “Sophia is 23. She’s a young Scottish designer who is really pushing boundaries. She’s trying to get away from stereotypical games where you’re encouraged to get high scores, by driving or shooting… Strawberry Thief really brings to life Morris’ work through animation.” 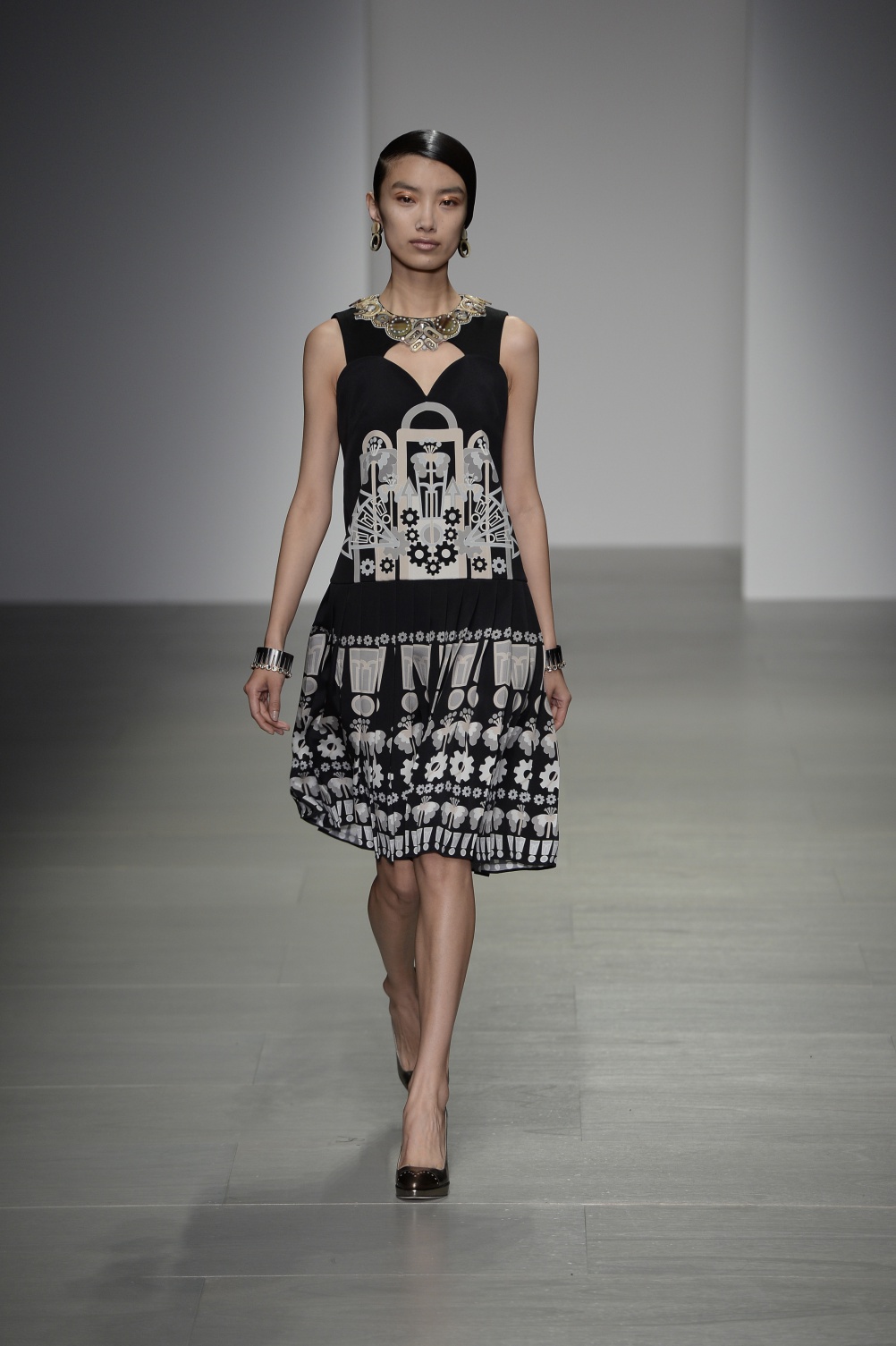 Scotland-born Holly Fulton studied at Edinburgh College of Art and Royal College of Art. She established her womenswear label in 2009. Each of her pieces begin as a sketch, which are then digitised and laser cut or digitally printed. Garments are then hand-finished, either with traditional techniques or with materials such as Perspex.

Saunders says: “Although Fulton’s work is known well in London and beyond, this is her first show in Scotland and we hope that it will really inspire young people.”

DDS is the post-graduate research and commercial centre of Glasgow School of Art, which specialises in 3D capture, 3D sound, modeling, motion capture and animation. On the bus visitors can see the work in 3D modeling and visualisation, which is helping with heritage conservation and management. The places they have mapped include Scotland’s five UNESCO World Heritage Sites.

Saunders says: “It will show how digital technology can be used to preserve real-world heritage sites.” 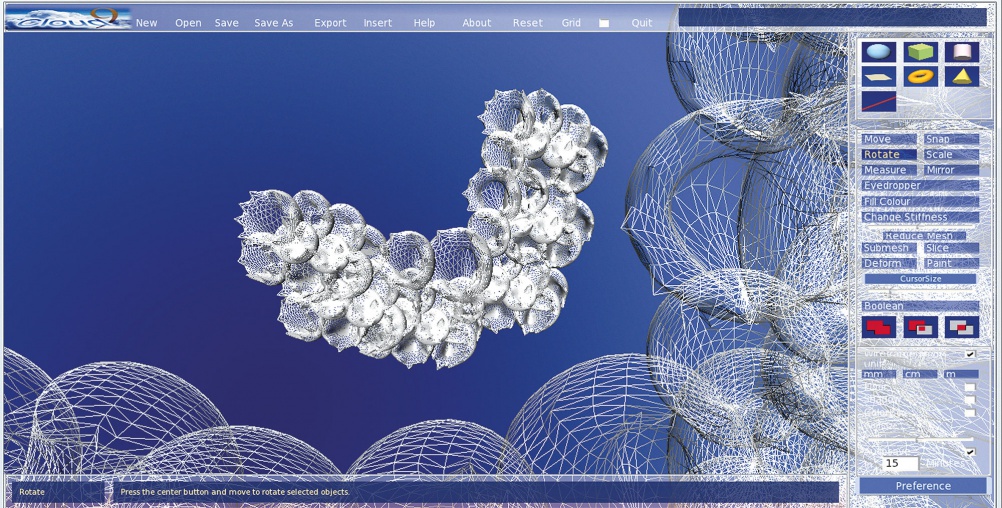 Founded by designer Ann Marie Shillito and software engineer Xiaoqing Cao, Anarkik 3D uses Cloud9 software to make it easier and more affordable for makers to use 3D modelling tools and print out their own designs. Haptic (touch) technology is combined with a joystick-like controller, which gives the user physical feedback so they can “feel” what they are designing.

Saunders Says: “It’s really an easy way of 3D printing objects. It’s intuitive and simple and really user friendly. You can have a go on the bus without any prior experience.” 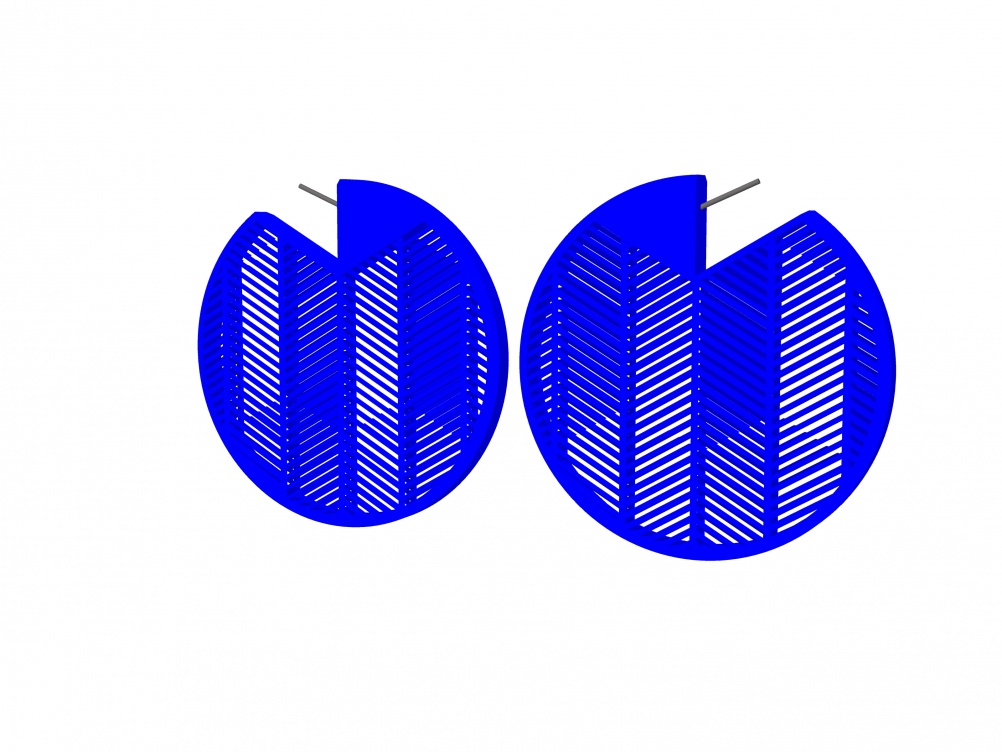 Trained in aerospace engineering at Glasgow School of Art, Lynne Maclachlan made a move into jewellery and now uses CAD and 3D printing to create designs that have optical and illusory effects.

Saunders says: “Maclacghlan uses her engineering background to make really complicated designs. They’re made out of nylon and she creates incredible effects.” 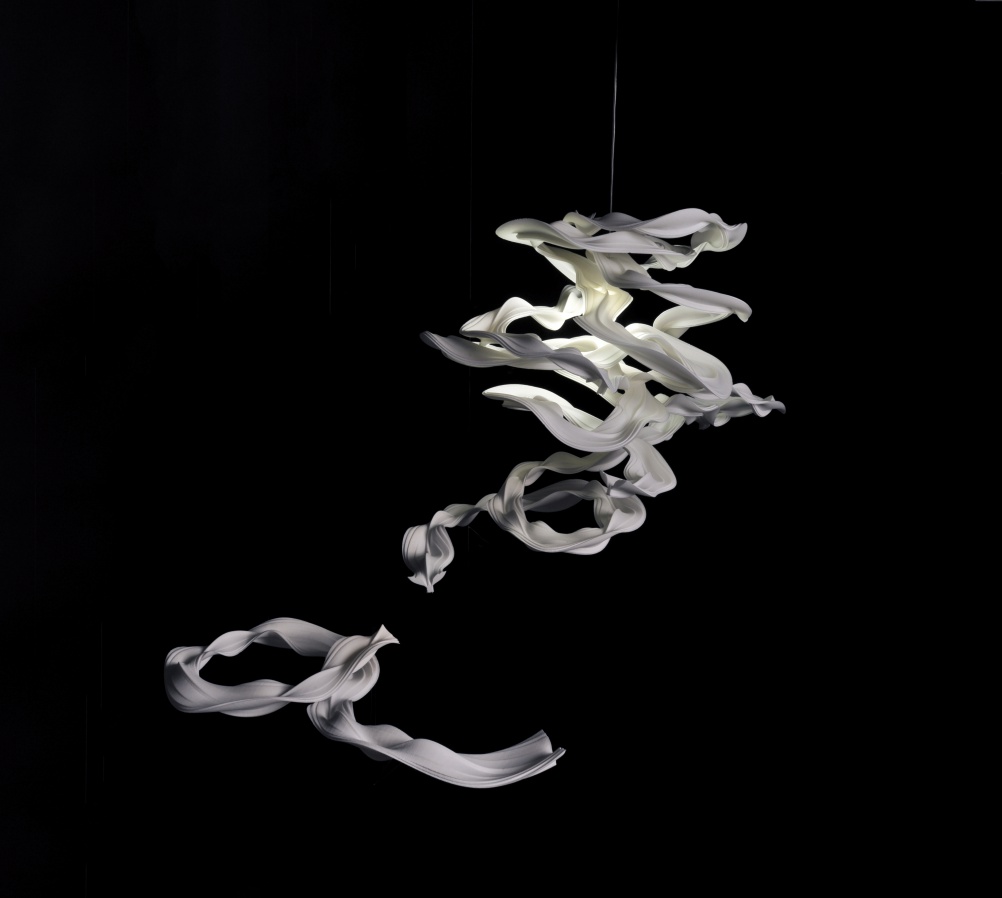 Geoffrey Mann, who is programme director in glass at Edinburgh College of Art has exhibited all over the world. He is fascinated with time and motion and uses photographic and digital technologies to explore them.

Saunders says: “In one of Mann’s pieces you can see moths flying round a bulb and he’s used motion tracking to capture this because the human eye can’t.” 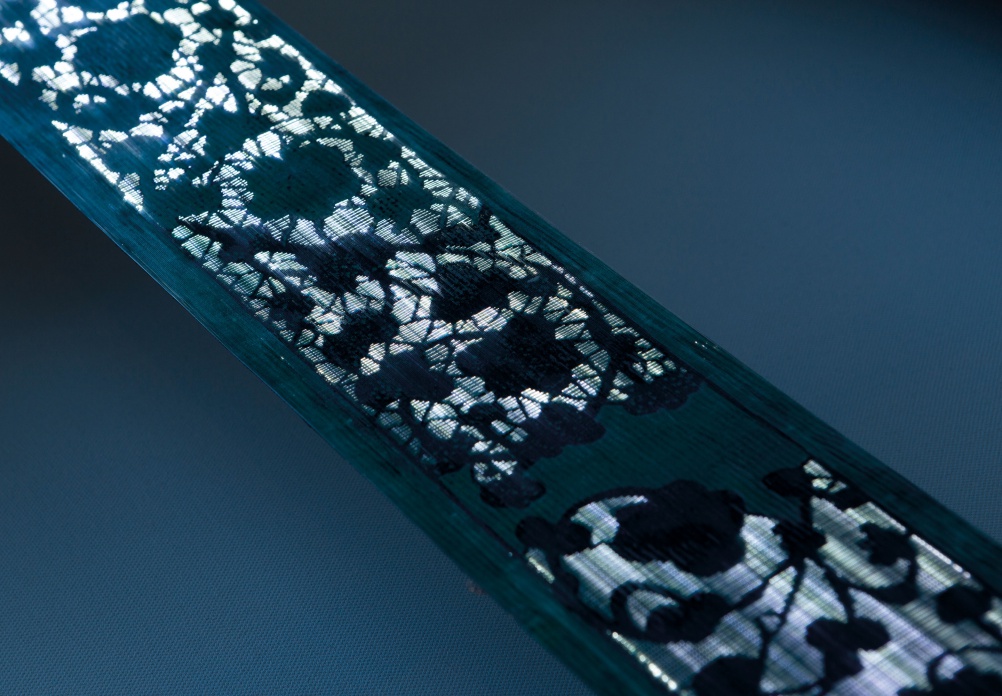 Sara Robertson is lecturer in craft innovation at Duncan of Jordanstone College of Art & Design, University of Dundee and Sarah Taylor is course leader for textiles at the university for the creative arts, Farnham. Their Digital Lace project brings together traditional processes and smart materials and has seen the creation of a textile surface that can be digitally programmed to emit light and change colour.

Saunders says: “Designers rarely work in isolation. These two have tapped into Scotland’s strong heritage as a lace manufacturer and have printed onto thermochromic linen, which responds to heat and changes colour. The finished product is a fibre optic fabric which lights up. They’ve had a lot of interest from people who can see potential in other products while the bus has been touring and it’s also making young people see how fibre optics can be used differently and it’s making them think about the potential in materials.”

The Design in Motion bus is on tour until June. You can see it’s route here.

Ian Anderson on rebuilding the Republic