Practical Action was established in 1966 with the aim of creating appropriate technologies for developing regions of the world. It works primarily in Eastern and Southern Africa, South Asia and Latin America. 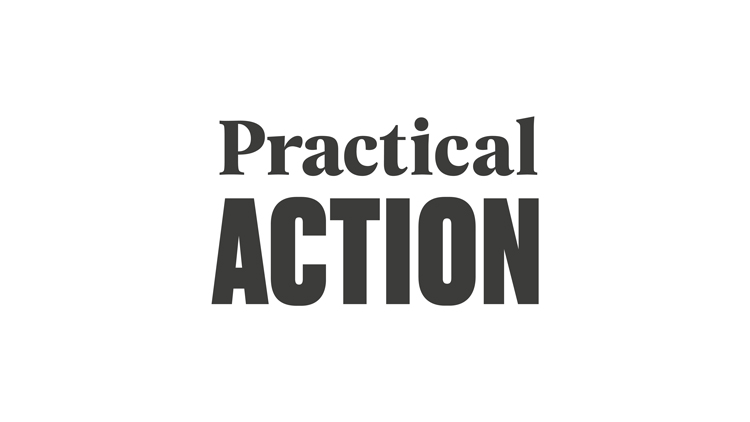 It was founded by economist and philosopher Fritz Schumacher whose book, Small is Beautiful, champions the concept that small changes can empower people more than big ones. Practical Action’s aim is to provide sustainable technologies – systems that countries can accommodate with their existing resources – instead of providing large-scale aid that cannot be easily sustained.

The charity was originally called Intermediate Technology Development Group but was changed to Practical Action in 2005. 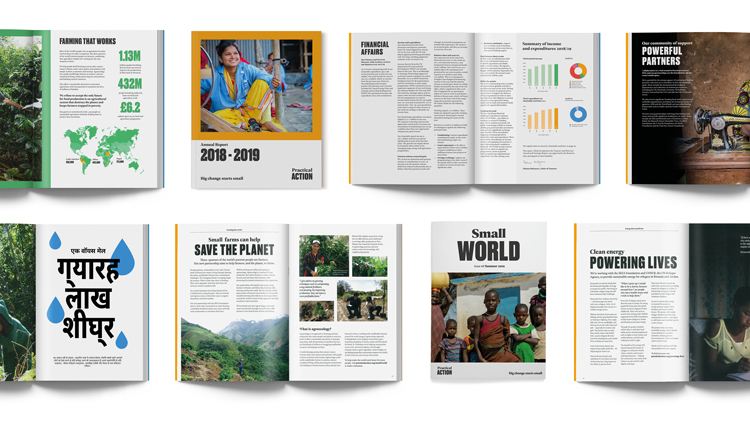 Nick Finney, founder and creative director at NB Studio, says that the brand update aims to clarify the charity’s function.

One of the problems with its previous names, Finney says, is that “technology means something entirely different to a new generation of supporters and loses its original meaning.”

People are now more likely to associate technology with the likes of Apple and Google, and not “the clever application of physics to build a simple rope walkway, or a safer oil cooker that reduces death or serious injury in the poorest of homes”. 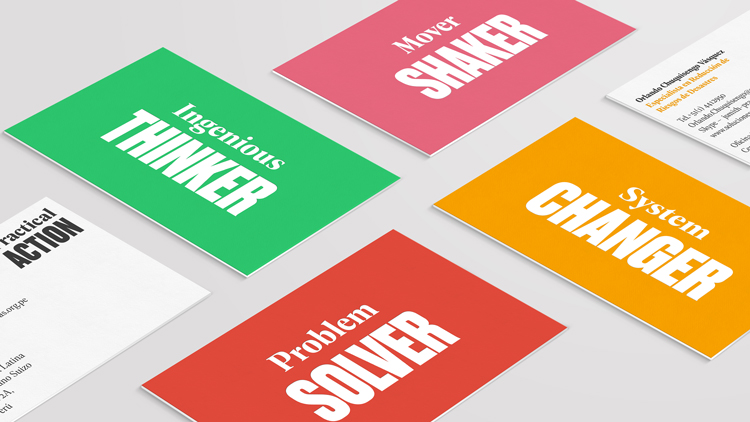 Inspired in part by hearing the “many stories about the application of ingenious solutions to real world problems”, the studio came up with a new focus: ‘The Ingenuity People.’

Ingenuity became a part of the brand language. Finney says: “‘Ingenuity people’ is what they are: they learn, they teach, they upscale, they utilise, they empower, they act and the think ingeniously every day for a better world for everyone.”

This strategic shift allows the charity to focus more on the people involved; “those who live in poverty in the poorest conditions, and the people on the ground who are teaching them how to grow,” for example. 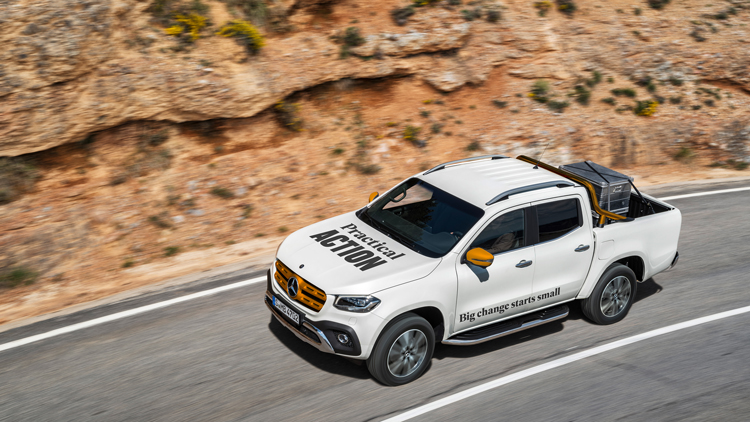 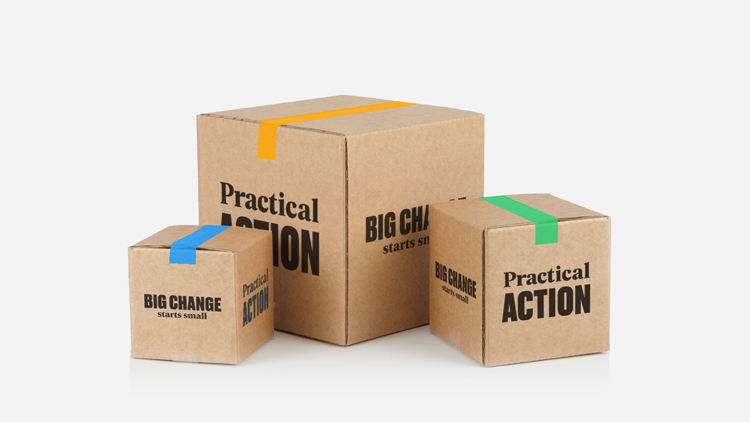 The charity has a new logotype, with a smaller ‘Practical’ next to a larger ‘Action’, which is indicative of its mission: Small Change, Big Difference.

Two typefaces have been used; Druk and Geller. These “visual counterparts” have been used in an attempt to “create a succinct and flexible messaging platform based on this idea of small to big”. The studio also worked to make sure they could be translated into different language across the globe.

A “bright” and “optimistic” colour palette has been chosen, featuring shades of blue, green, red and pink. The charity retained its core colour of orange which was a “much loved” aspect of its previous identity.

The identity rolls out across digital platforms, printed material as well as branded items such as car decals. 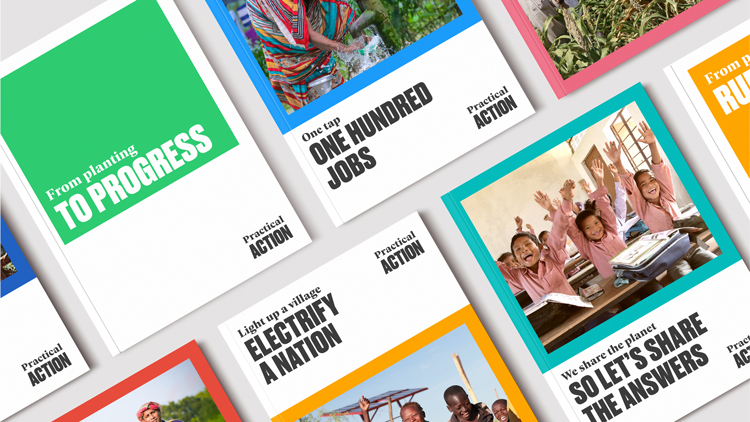 Practical Action has its own “rich photo library”, Finney says. It also holds an annual photography competition which has provided the studio with a bank of images to work from.

This resource was useful for another shift for the brand. “When we looked at the existing brand, we saw plenty of images documenting the problems caused by poverty, the damage caused by the environment,” Finney says.

The new guidelines have shifted away from this “tragedy” to focus more on a “new narrative” and the “people helping themselves and the positives outcomes that Practical Action can help bring about”. 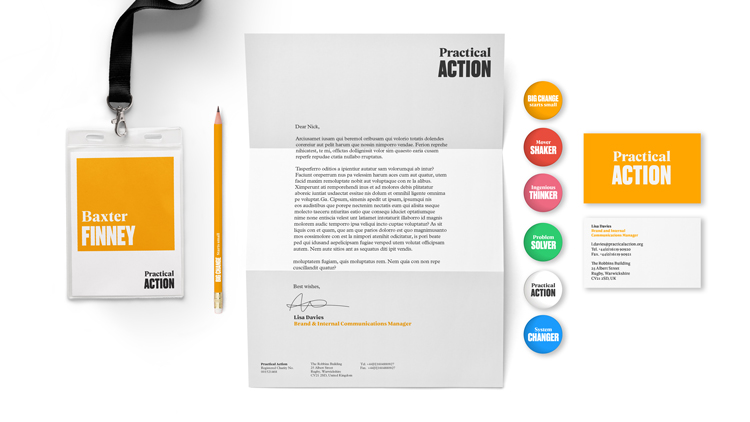