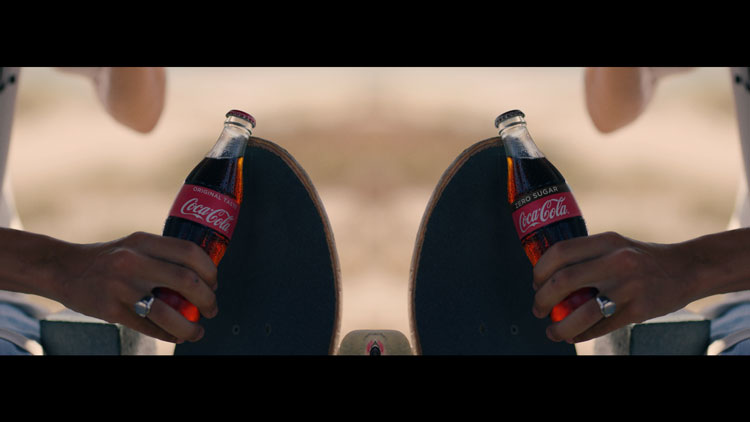 Coca-Cola has changed the packaging of its drinks in a bid to “unify” the original and zero sugar variants under its “signature” red colour and encourage more people to try the sugar-free version.

From September, the packaging of cans and label bottles across the two ranges will be in full red but will have a coloured band across the top to distinguish which version of the drink it is – red for original taste, black for zero sugar.

The red colour that will now feature more prominently on the packaging has been associated with Coca-Cola for more than 130 years.

The new design of the zero sugar can will be in full red, with the long-standing white Coca-Cola wordmark across the middle and a black banner at the top with the words “zero sugar” and beneath this “no calories” in white sans-serif, all-caps.

This replaces the previous design, which featured a black can with a red circle and no banner. The zero sugar can also previously included the words “new improved taste” following a recipe change in 2016 – this has been removed from the new look.

The original flavoured Coca-Cola can will now say the words “original taste since 1886” on its banner.

The drink bottles will also have a coloured cap to denote which variety they are.

As well as “unifying” the range, the brand hopes the change will encourage more people to try Coca-Cola zero sugar drinks through bringing the two variants closer visually.

The tagline for the campaign that will accompany the design change is: “An original taste, one way or another”.

The design changes will apply to drinks including Coca-Cola original taste, zero sugar as well as the recently introduced zero sugar cherry, zero sugar peach and zero sugar vanilla versions, which will each have a different colour for their banner.

From Minecraft to arcades and apps: V&A delves into today’s video games