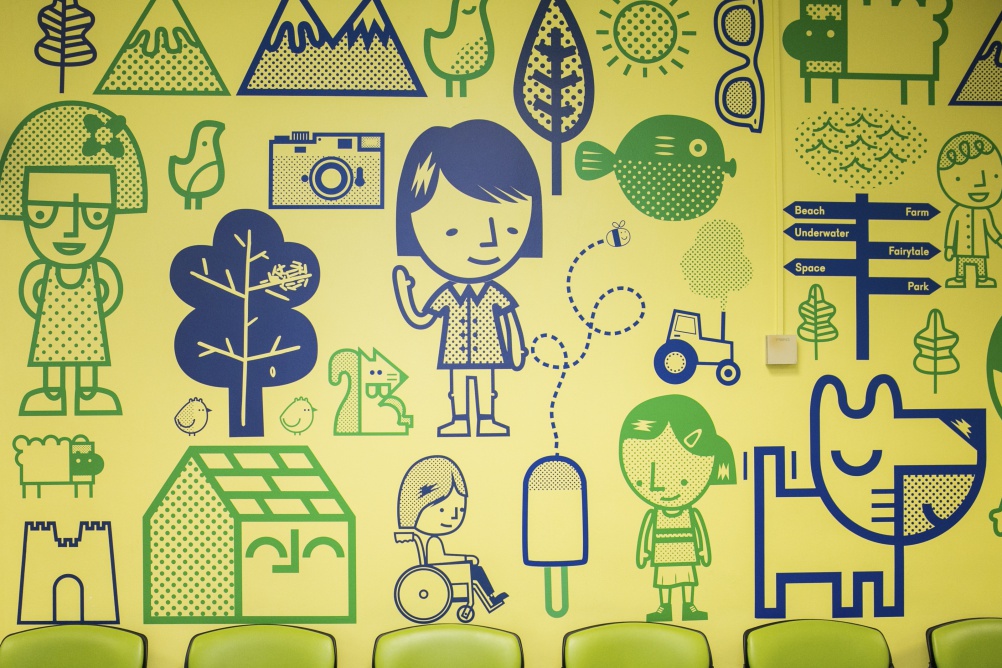 Sheffield Children’s Hospital’s eye department has been decorated with illustrations that can also be used in clinical eye examinations.

Graphic designer and illustrator Nick Deakin has worked with arts programme Artfelt to illustrate 14 rooms in the department.

Artfelt is run by the hospital’s charity organisation, The Children’s Hospital Charity. The group enables the creation of artwork in the hospital, which aims to engage and distract young patients. 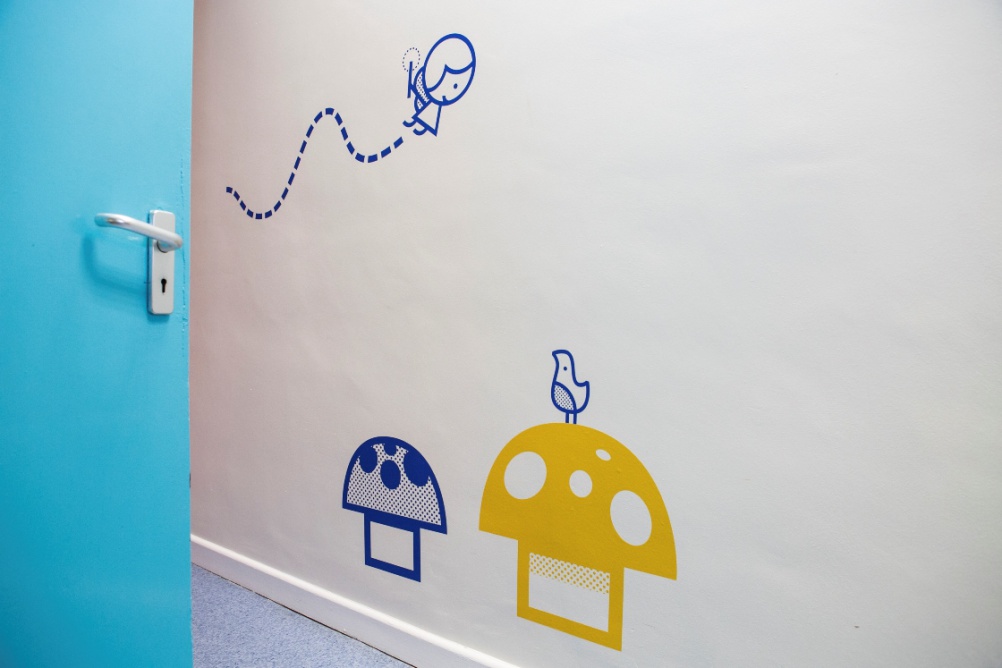 The illustrations include a series of “characters” composed from simple shapes. They undertake a “journey” from the walls of the waiting room around the whole department, which young patients can follow, Deakin says.

He has based his character illustrations on shapes that can be used as focus points in eye tests, while also turning the department into a “bright, airy and welcoming space”, says the charity. 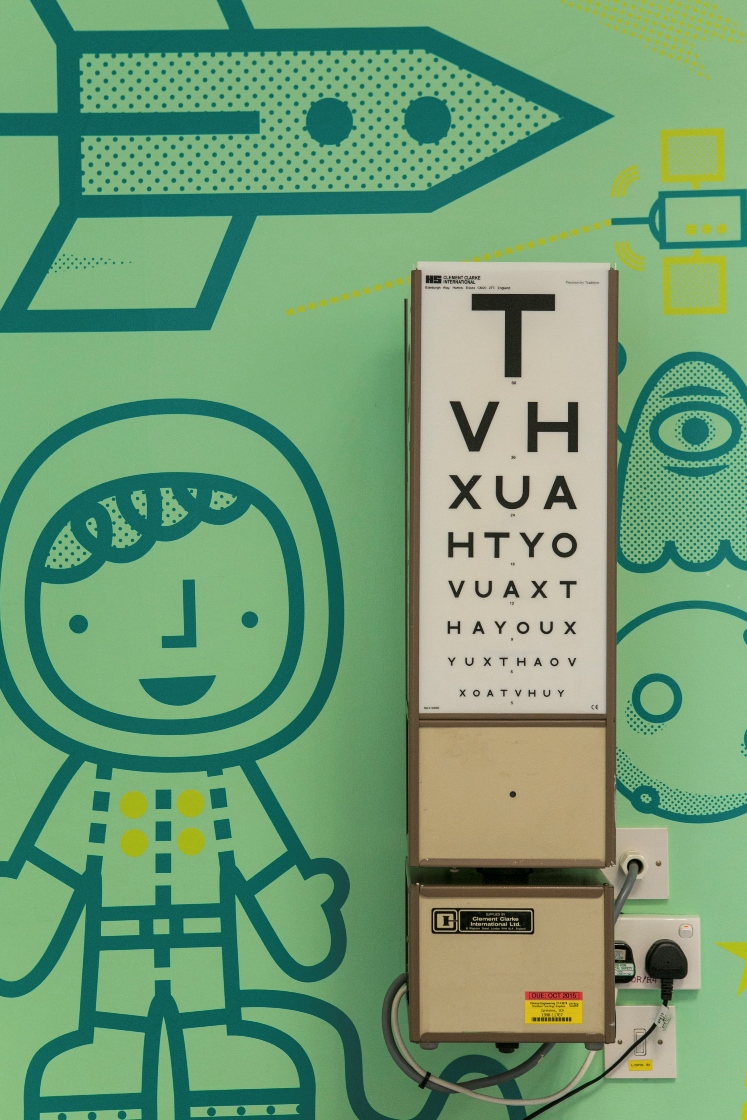 The artwork features in the waiting room, six orthoptics rooms, four consulting rooms, a treatment room, a quiet room and a visual fields room. The illustrations have incorporated different “themes” for each room, including beach, space, farm and park.

“The idea was to create something modular, which could be drawn upon across the different spaces and which would be small and intricate,” Deakin says.

He adds: “You also have to put yourself in the mind of a child going into what is potentially a scary situation. I knew that I needed to create something that would make the whole experience much nicer for them.” 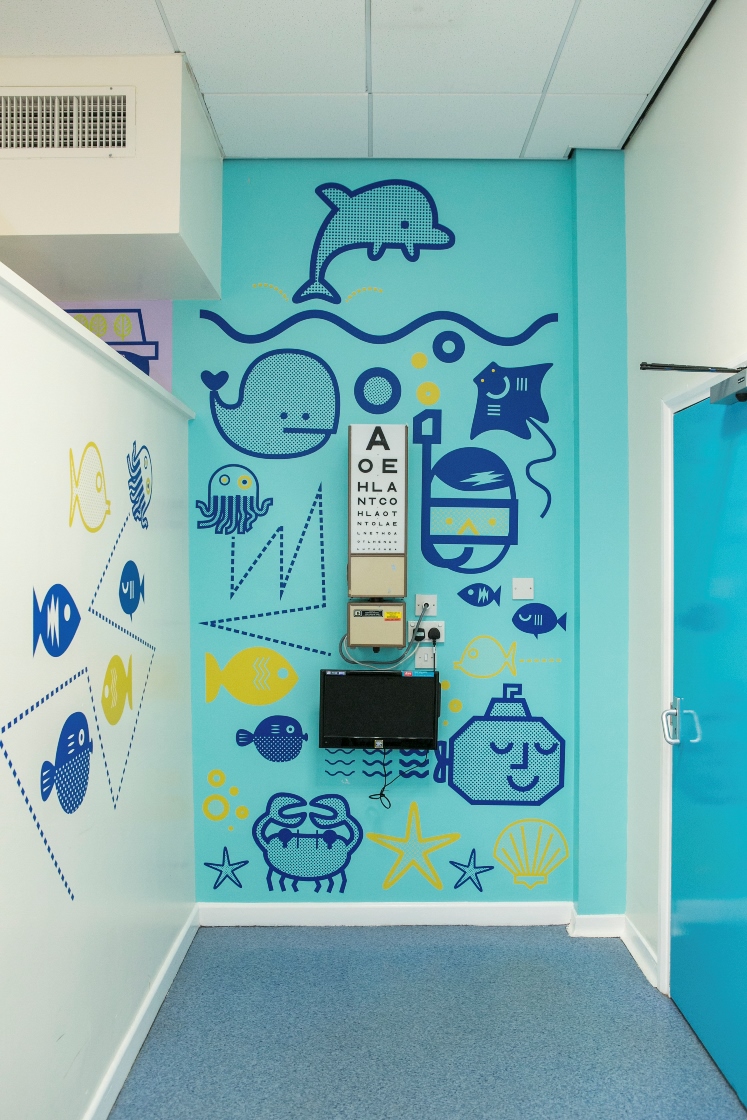 Illustrations feature on the ceilings within treatment room to help provide a “distraction” for children when receiving eye drops, and on the walls of orthoptic rooms to provide patients with images to focus on during eye exams.

They have also been printed onto acetate sheets and can be projected onto walls in the waiting room, enabling the illustrations to be changed which “keeps the artwork fresh”, the charity says. 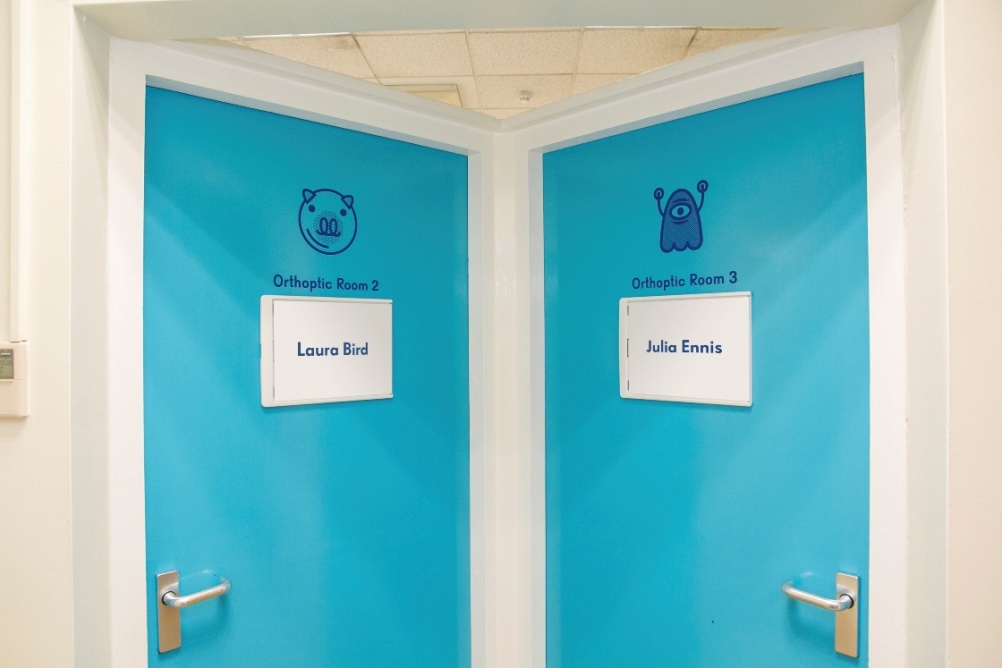 The illustrations were printed by Sheffield-based company Signs Express on colour cut vinyl.

Deakin, alongside Artfelt, hopes to expand the illustrations into a range of merchandise, which will be sold to raise money for the Children Hospital’s Charity. 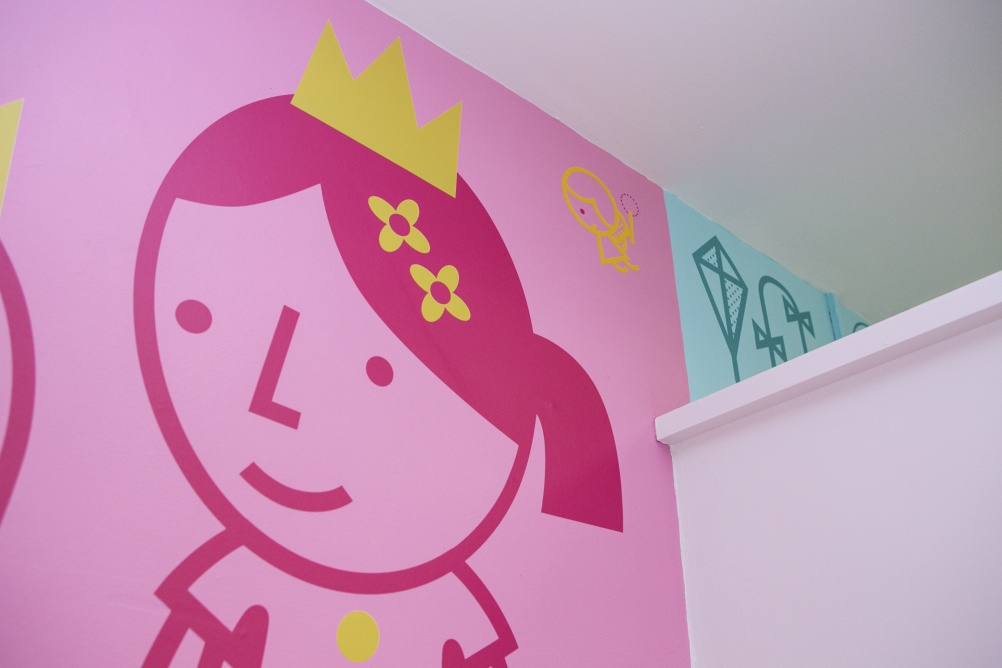