Bath-based design studio Sunhouse Creative has unveiled a new identity for Twister ice lollies which seeks to mark the brand out as a “guilt-free” snack.

Launched in 1982, the Unilever-owned treat has been a popular summer choice for decades and is well-known by its recognisable white and green spiral outer shell. But while the product itself was “iconic”, Twister’s wider brand and packaging was not, according to Sunhouse owner and creative director James Giles.

The Sunhouse team was brought in to change this and align the brand with its new commitment for responsible marketing to children. With this new look, which includes a redrawn wordmark, a rethought visual language and updated packaging, Twister has been repositioned as a “permissible treat”, says the studio. 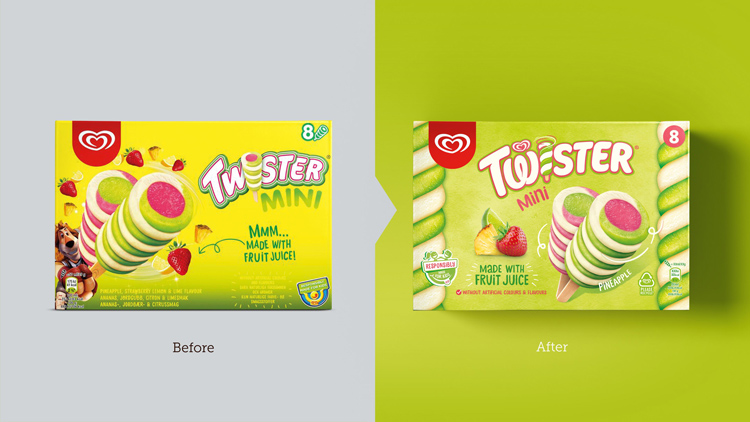 The main job of the team was to “simplify the clutter” that existed in the previous Twister branding, according to Giles. This meant redesigning the packaging and doing away with the cartoon characters found on the box – a move that brands and retailers increasingly seem to be turning to in a bid to be more responsible toward children. Supermarket Lidl ditched cartoons on its breakfast cereals, for example, earlier this year.

New side bars, modelled on the ice lolly’s green and white stripes, have been introduced to the sides of the packaging, while “dynamic illustrative elements” have been created to accentuate the brand’s “unique personality”, Giles tells Design Week.

“[The] tessellating side bars amplify the iconicity on shelf,” he says. 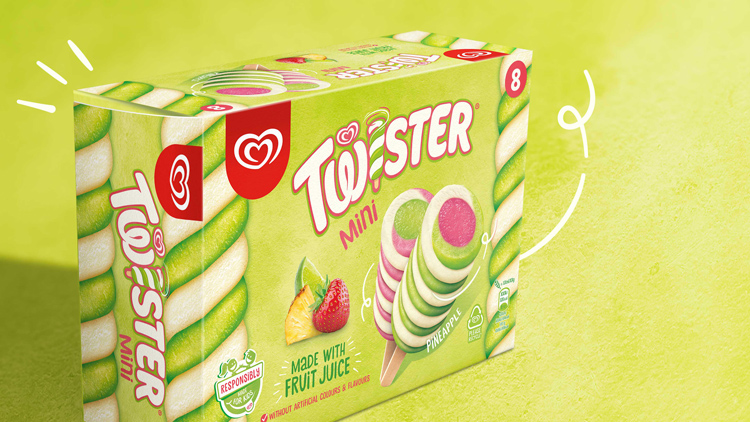 By opting for real fruit and product photography on the packaging, Sunhouse aims to further Twister’s mission of “positive nutrition” – that is, to signal that Twister ice lollies can be eaten as a “wholesome” treat, rather than something consumers need to feel guilty for indulging with.

For this reason, a softer, more natural-looking textured backgrounds have been chosen for across the brand’s range too. 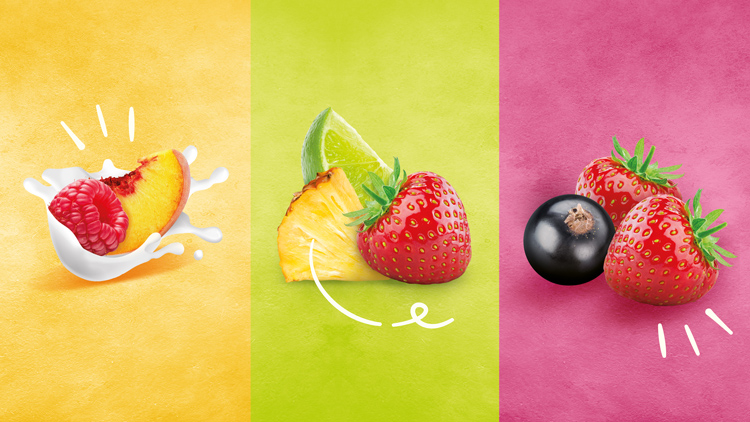 Twister’s wordmark has also been subtly updated as part of the project. Sunhouse worked with type designer Rob Clarke to create something that was “smaller and lighter”.

“We wanted to retain the characterful nature and dynamism of the logo but simplified it to amplify presence,” Giles says. The “W” in the wordmark has been redrawn to reflect the distinctive twists on the product and this, he says, helps to put the feature at the “centre of the identity”.

The end result, according to Giles, is a look that allows Twister’s “playful confidence [to] shine through in a way that is refreshingly positive and effortless”.

“[It] powerfully sends the message of positive nutrition without any compromise on Twister’s spirited character,” he says. 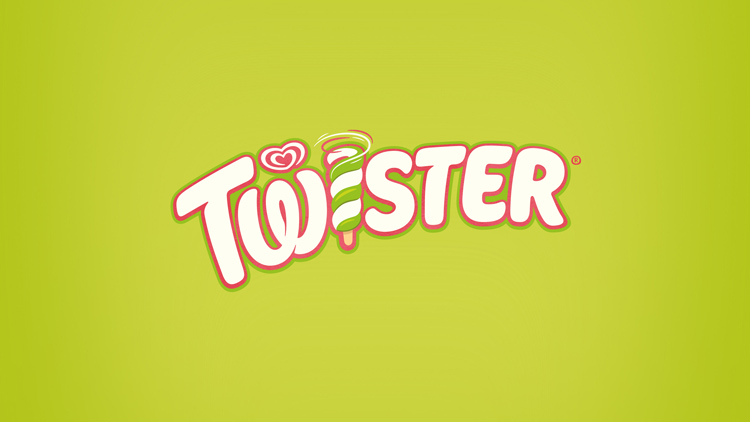 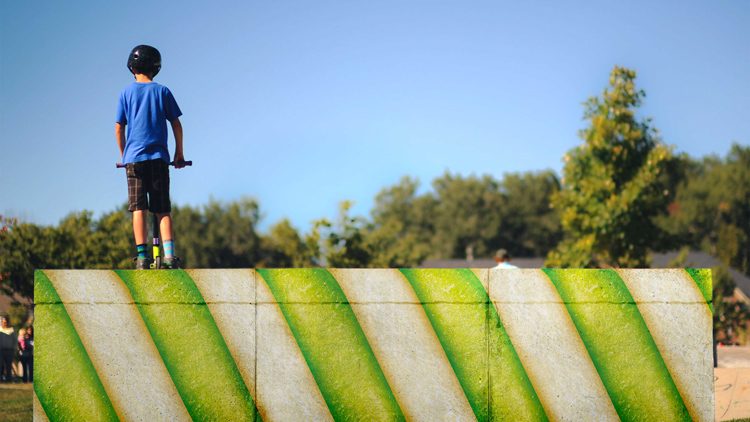 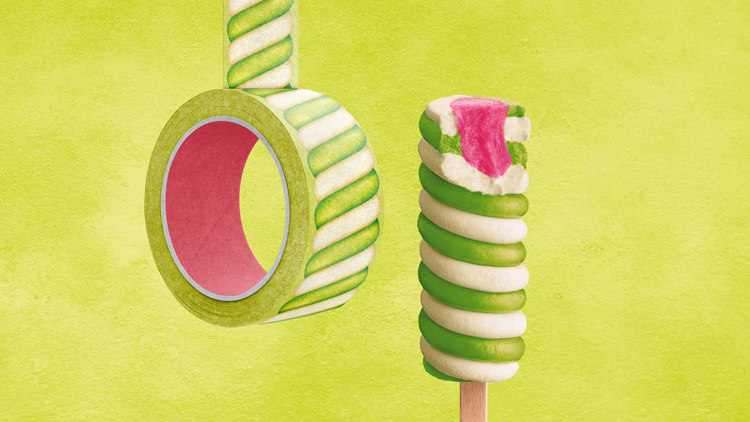