NB Studio has rebranded media agency Wavemaker in a move that aims to create greater consistency across the company and embody its brand position of “positive provocation”.

The design work includes a new logo, animations and brand strategy, as well as a range of collateral with the updated branding. 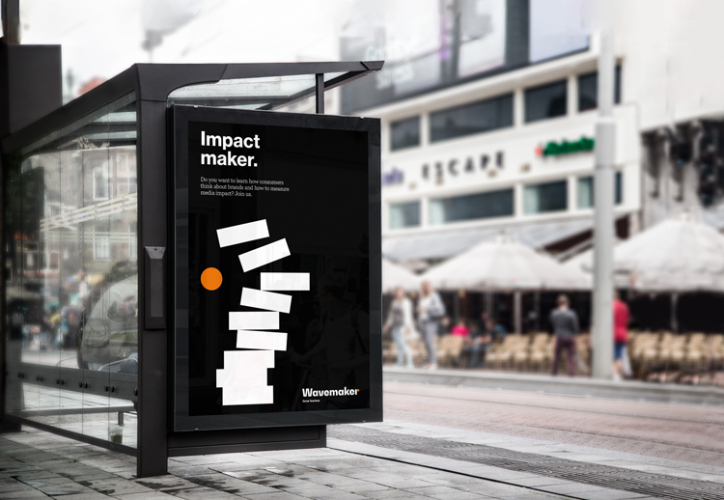 Wavemaker is headquartered in London and is the second biggest media agency in the world with over 7,000 employees. Founded in 2002, its clients include Chanel, Tiffany and IKEA. Part of the WPP group, Wavemaker works across 90 markets internationally. 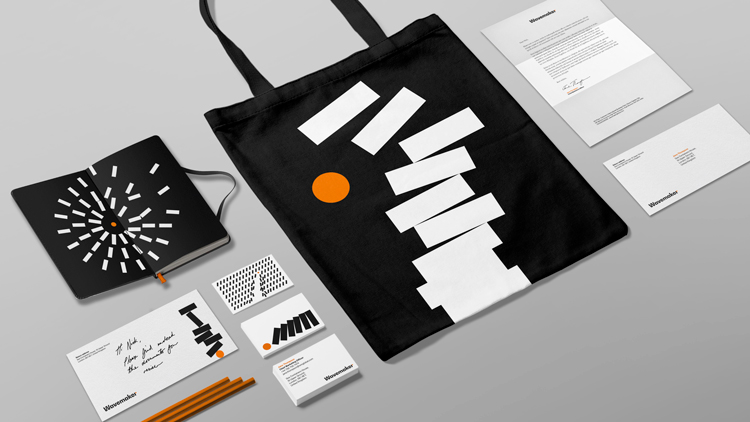 NB Studio co-founder and creative director Nick Finney tells Design Week that the project started out as a “brand refresh” but grew into something bigger. It was originally prompted by the hiring of a new CEO, who joined in the summer of 2019. The London studio was brought onboard to create a more consistent and robust brand identity as Wavemaker developed.

With offices all around the globe, one priority was to have a consistent appearance. This meant having an accessible design system to create unified PowerPoint presentation decks, for example.

However, as the studio created a new proposition – centred around “positive provocation” – it also worked on a new identity which better reflected this new positioning.

The brand colour, a bright orange, has been retained in the otherwise monochrome colour palette. The orange tone is most notable in a circle which replaces part of the r in the wordmark. Wavemaker is now written out in full for the wordmark, in a slightly altered version of BW Gradual Extra Bold (from Branding with Type foundry). These (intentionally) resemble dominoes and sets up imagery used throughout the identity.

The orange ball knocks these dominoes down in animations and images as a representation of the provocation that Wavemaker seeks to create. The above animation shows that idea in action, illustrating the orange ball bouncing along the wordmark. On the company’s updated website, the cursor is replaced by the orange ball and can be used to playfully knock down dominoes.

The imagery has been adopted by offices around the world, Finney says. Some have even incorporated dominoes into the office decoration. One image shows the device being used on a wall while another has installed dominoes as decorative props in the offices. 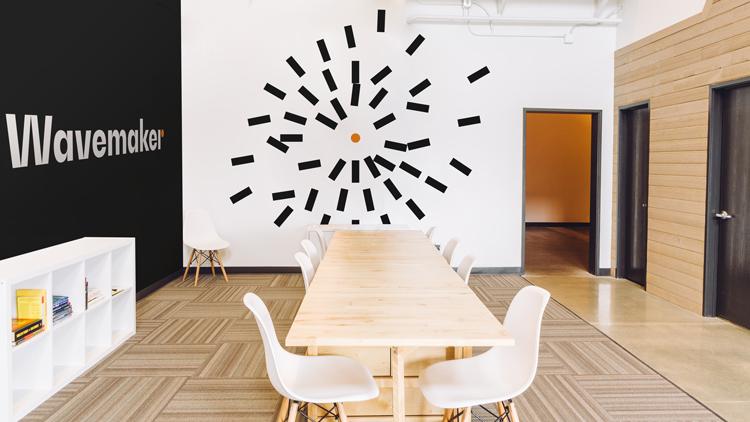