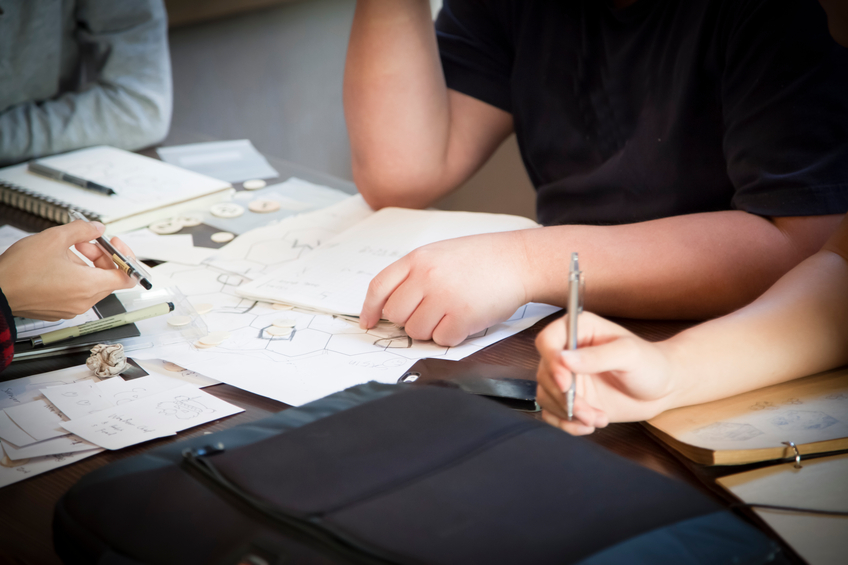 Official exam figures have revealed that five times less students have picked art and design subjects at GCSE level this year compared to 2015.

Design and technology particularly at risk

Design and technology has taken the biggest hit with 19,000 less students sitting GCSEs in the subject in 2016 than 2015.

Exam figures released through Ofqual show that there has also been a steep rise in the number of pupils studying English Baccalaureate (EBacc subjects). The patterns were first identified by the publication Arts Professional.

What are the EBacc subjects?

EBacc subjects are those by which the Government judges school performance. The EBacc comprises English, maths, science, a language and a humanity. These exclude arts subjects.

Between 2015 and 2016 the number of candidates taking science subjects has grown by 105,000, and the number of those taking history and geography has grown by 33,000. Languages have continued to decline, but the rate of decline eased significantly with only 9,000 fewer candidates in 2016 compared with 2015, when entries were down by 26,000.

The Ofqual figures show that the number of students taking GCSEs in design and technology, drama, media, film and TV studies, music, and performing/expressive arts have fallen in the last year. Meanwhile the total number of GCSE entries in all subjects grew by 0.3% in 2016.

There has been knock-on effect at A-Level. There were 4,300 fewer candidates for A-Level arts subjects this year – a decline three times bigger than the 1,500 recorded in 2015.

In a recent joint letter to the Daily Telegraph the decision to promote EBacc subjects over the arts was criticised by people who work in the arts including Creative Industries Federation chief executive John Kampfner, president of the Royal Academy of the Arts Christopher Le Braun and director of learning and research at the Design Museum, Dr Helen Charman.

In the letter they warned that “there will be precious little room outside the EBacc for the subjects that underpin our creative industries”.

The letter makes the point that the creative industries contributed £84.1bn to the UK economy in 2014, employing almost two million people – “according to the Government”.

It also appeals to Nicky Morgan, the education secretary “to allow her predecessor Michael Gove’s eight-subject school league tables to settle before pushing ahead with a top-down mechanism that will put the arts and technical subjects at risk.”

While the EBacc was introduced in 2010 it will become compulsory in September. A petition against this move has received more than 100,000 signatures so it will now be debated in parliament on 4 July.

The online petition was set up by Richard Wilson, a head of drama from Chelmsford, Essex. He told the Bacc for the Future campaign, which has backed the petition: “The marginalisation and downgrading of the arts and other creative subjects in state education is a topic which demands a debate in the Houses of Parliament.

At the beginning of the year it emerged that the UK Government spends less on the arts than other nations despite people’s engagement with culture being high.

Sir John Sorrell, founder of Creative Industries Federation, said at the time: “The UK has led the way in developing its world-class creative sector but we can’t be complacent.

“In order to stay at the top, we need to invest in the future – especially in creativity in schools, where the number of pupils taking design and technology has halved in the last decade. That is cutting off the skills pipeline we need for future success.”

Designers’ work to be protected for longer under new copyright ruling