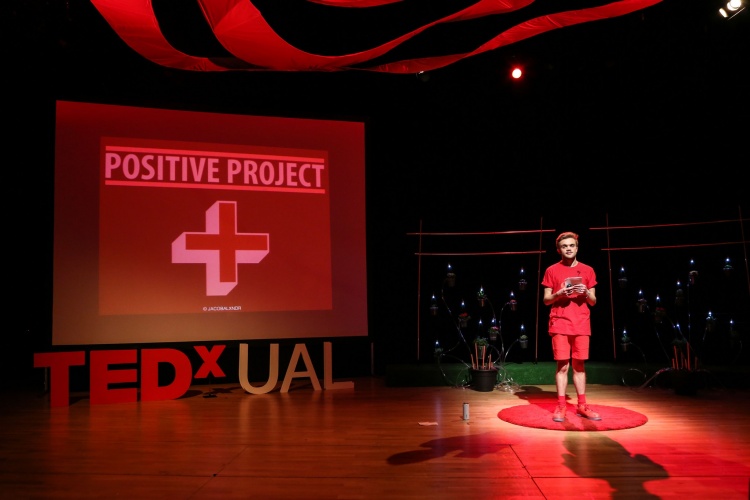 Jacob Alexander was diagnosed with HIV on the day of his 22nd birthday last year.

In the months following his diagnosis, the London College of Fashion, UAL student says he has been shocked by the number of people asking him ill-informed, insensitive questions about the virus, or who don’t even know that it still exists.

Even Alexander’s best friend’s response was to stigmatise him. “I was shocked the day he bought his own fridge for his room, scared that I would ‘infect’ his food,” he says. “It showed just how deep the ignorance runs around HIV – you can’t transmit a live virus like HIV through touch.”

Alexander designed The Positive Project app, alongside his debut menswear collection JacobAlexndr, to tackle this ignorance and improve education about HIV. He says it is especially important to raise awareness among young people, who may have only learned what they know about it through their parents, who remember the HIV/AIDs pandemic in the 1980s.

Young HIV sufferers – who are especially prone to isolation and suicidal thoughts – are also offered support through the app. It provides information about the virus’ history and health advice about the causes and symptoms, as well as listing all of the closest treatment centres. Users can then contact the centres directly through the app, ask questions anonymously and book appointments.

“I wrote all of the information so that young people don’t feel like they’re having jargon thrown at them,” says Alexander. “They can feel like it’s a real human giving them real human experience and real human advice.”

A bright red 3-D cross with a neon border features as the focal point across the app, while three shades of red are used throughout the rest of the design to represent Alexander’s own blood type: O+.

“I thought ‘how can I design something that represents HIV positive people?’” he says, “not HIV, but the people who have the virus.

“The depth of the plus represents the journey it takes to get to the feeling of acceptance, and the glow emitted off the plus is the happiness you radiate when you get to that stage.”

Another key design feature is an interactive map where supporters can upload selfies of themselves wearing the bright red The Positive Project t-shirt, also designed by Alexander and available to buy through the app.

“The idea is to spread that kind of positivity around the globe, and the mission is to get the ‘plus’ symbol in every city on every continent by the end of the year,” says Alexander.

A percentage from every t-shirt sold goes to the St Stephen’s Aids Trust and sexual health clinics, 56 Dean Street and Dean Street Express.

The app is also in the process of being integrated into the Positive Project website, which Alexander says he hopes will launch soon so that “anyone can take part”.

Most importantly, he also recognises the importance of design in bringing about social change, particularly around controversial subjects like HIV. “Design can be used as a powerful tool to change people’s opinions,” he says. “You can design something on a t-shirt, send that t-shirt out into the world, and that’s a message that people can wear and see.”

The Positive Project app is free to download from the App Store. You can watch Alexander’s TEDxUAL Talk here. 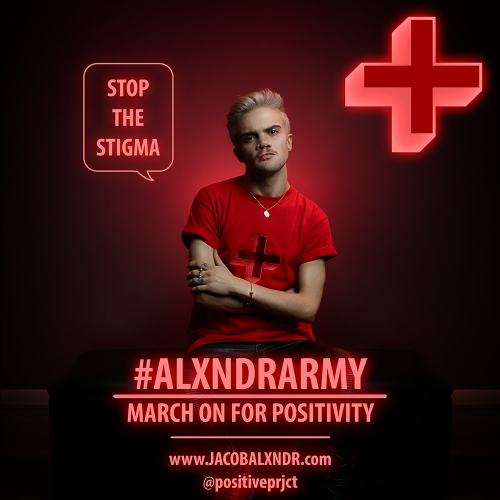 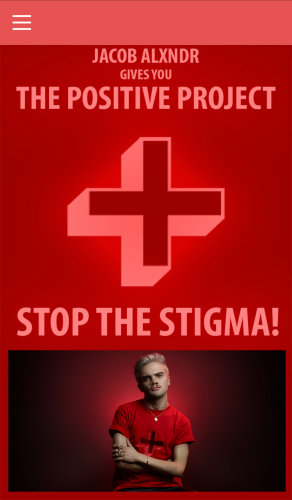 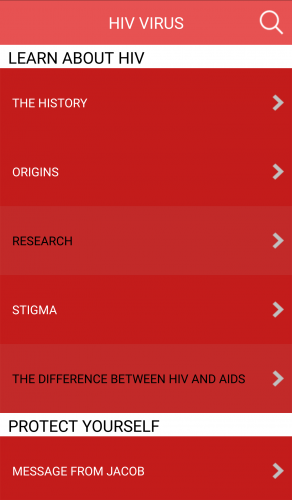 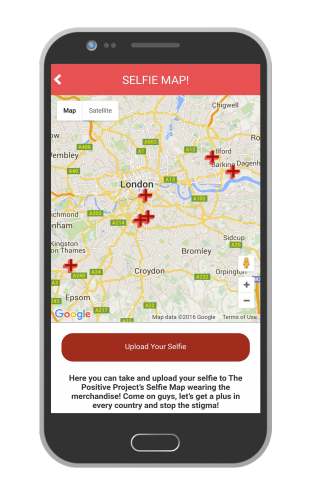 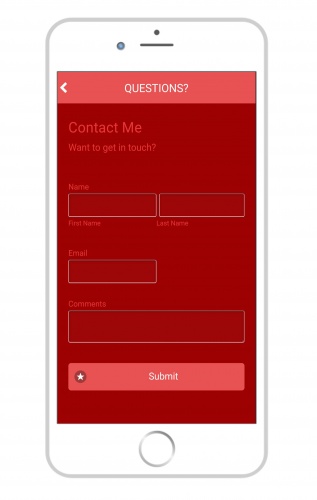 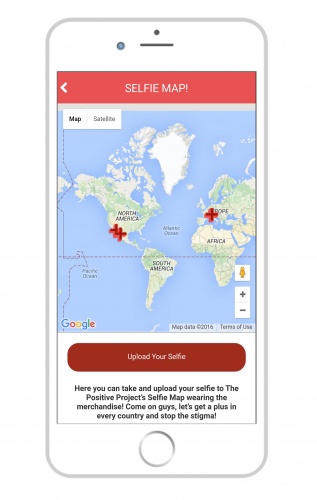 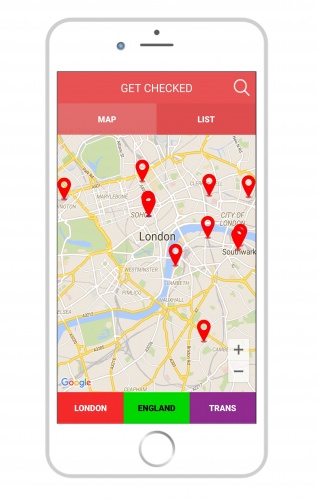