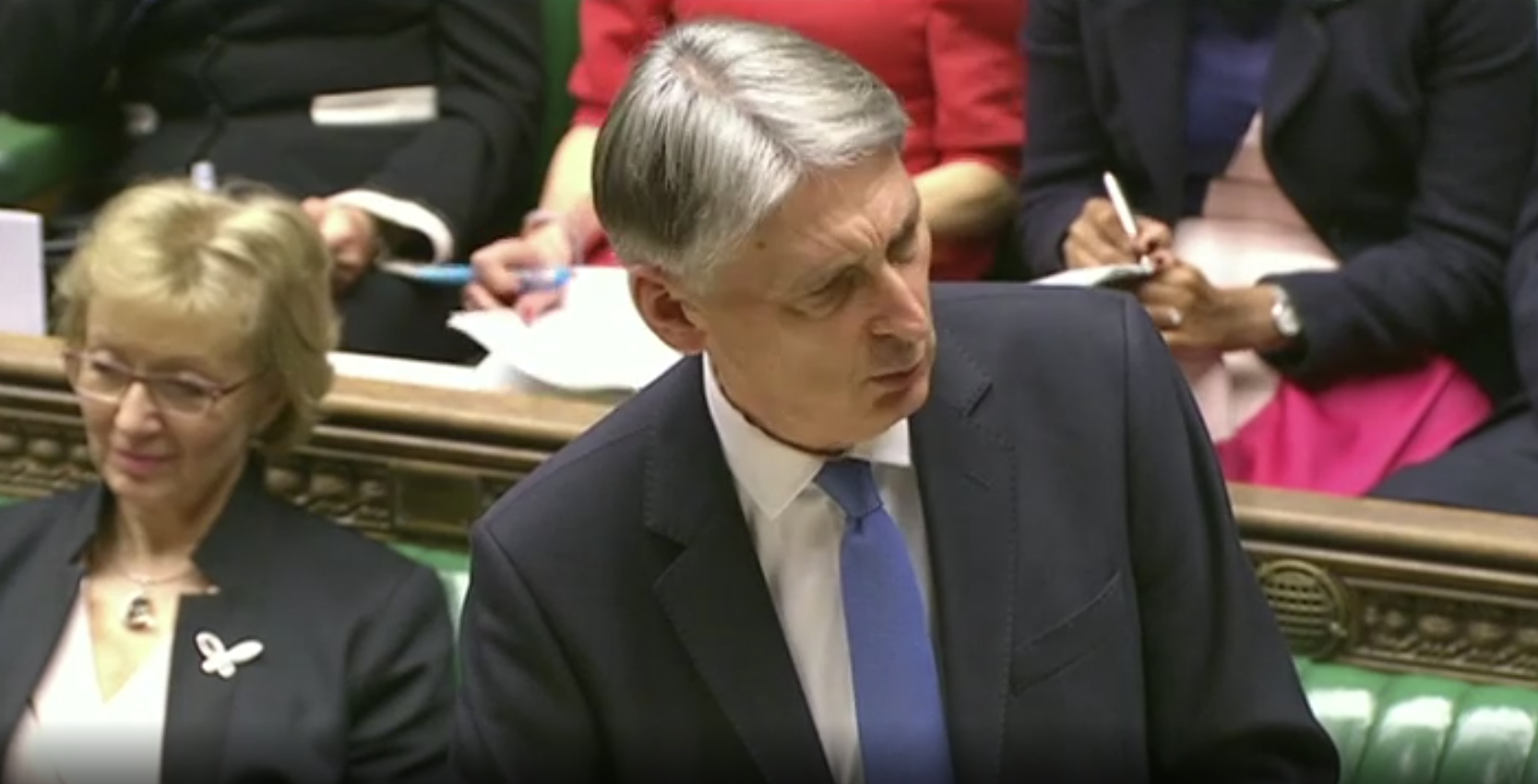 As chancellor Philip Hammond is forced to revise down his forecast of Gross Domestic Product (GDP) growth for the next few years, his bullish claim that the UK is “fit for the future” looks a little clumsy and it seems like design businesses will be faced with a new set of economic challenges.

On the advice of the Office of Budgetary Responsibility (OBR), Hammond has scrapped the previous prediction that the economy would grow by 2% this year. This has been downgraded to 1.5%, falling in increments to 1.3% by 2020 before rising to 1.5% in 2021.

The shadow of Brexit looms large and Hammond confirmed that the Government will seek to strike a transition deal with the European Union after Britain leaves Europe. To this end £3bn has been set aside to help things go as smoothly as possible.

Jack Tindale, design and innovation policy manager at think tank Policy Connect, says: “Although this will come as relief for businesses, especially the design consultancies that work and employ people in Europe, the lack of clarity about the post-Brexit deal continues to impact the ability for firms to plan for the long-term.”

“The Government has missed an important opportunity”

Tech, science and digital infrastructure received a significant boost but there was no mention of the creative industries, which at a Government level is considered to include design.

This omission has not been lost on the industry, with Creative Industries Federation CEO John Kampfner saying the Government “has missed an important opportunity to invest in the UK’s fastest growing sector at a critical time for the country.”

He adds: “Failure to back our world-leading creative enterprises and entrepreneurs will be to the detriment of a sector that creates jobs at four times the rate of the wider UK workforce. A lack of commitment to the creative industries will mean that this job creation in our towns and cities across the land will be damaged.”

Design Council CEO Sarah Weir says that while she appreciated the chancellor’s announcements on education, lifelong learning and research and development (R&D), “the speech, which focused on science, innovation and emerging technologies, did not mention design at all.

“This was disappointing, particularly as we know that design contributes over £71bn to the UK economy, and that there is an ever-increasing skills gap. To deliver an agenda that creates long-term growth and boosts productivity we must also realise the importance of design.”

The skills gap, to which she refers is a gaping chasm. Art and design education has been neglected by the Government, which placed little value on arts education and funding in the previous Budgets while STEM (science, technology, engineering and maths) subjects received a significant boost.

This agenda was again reinforced in the Government’s industrial strategy in January. Design Week has spoken to leading figures in the industry who say that there are huge economic and cultural benefits of investing equally in art and design, and STEM subjects.

Weir also tells us that the Design Council is about to publish research showing that there is a skills gap in design-based occupations already costing the UK economy £5.9bn each year.

How will design businesses be directly affected?

Still, companies will be rewarded through tax relief by investing in innovation. The threshold on this tax credit is rising from 11% to 12%.

Some design businesses raise money under venture capital schemes. The budget hints at legislative changes that will effect this practice.

Mike Hayes, partner at creative industries accountants Kingston Smith, says: “Details of the changes are awaited. However, it is hoped that they will not make these reliefs any more complex or deter investment in companies that need the cash to grow.”

The design industry places a significant reliance on the employment of freelancers. IR35 is tax legislation that is designed to combat tax avoidance by workers supplying their services to clients via an intermediary, such as a limited company, but who would otherwise be seen as an employee if that intermediary was not used.

Some individuals provide their services through service companies in order to reduce the amount of National Insurance and income tax they have to pay.

There have already been major changes to IR35 in the public sector and it is likely that the private sector will follow suit. A consultation is planned for 2018.

This could mean that businesses will have to take administrative and legal responsibility for making sure that individuals who work as employees are taxed as employees, even if those people chose to structure their work through a company.

Hayes says: “The haemorrhaging of tax through people providing their services as self-employed individuals or through service companies can’t last. Businesses in this sector may well need to be more particular about the tax status of someone they engage going forward.”

The chancellor had already announced that the way business rates are being measured is set to change. Rates will rise with the lower Consumer Prices Index (CPI) measure of inflation, rather than the Retail Prices Index (RPI). Hammond has brought this forward, meaning it will kick in next year in April 2018, providing businesses with reduced business rates.

What else will happen?