Returning to London’s Southbank for its seventh edition, the London Illustration Fair will showcase 65 exhibitors from the world of illustration, printmaking and design for three days.

Alongside established names such as Hattie Stewart and organisations such as The Art of Ping Pong, the fair also prides itself on providing a platform for fresh creative talent.

Here, the fair’s directors Alastair Eland and Samuel Bennett select five of the most exciting illustrators to check out at this year’s event. 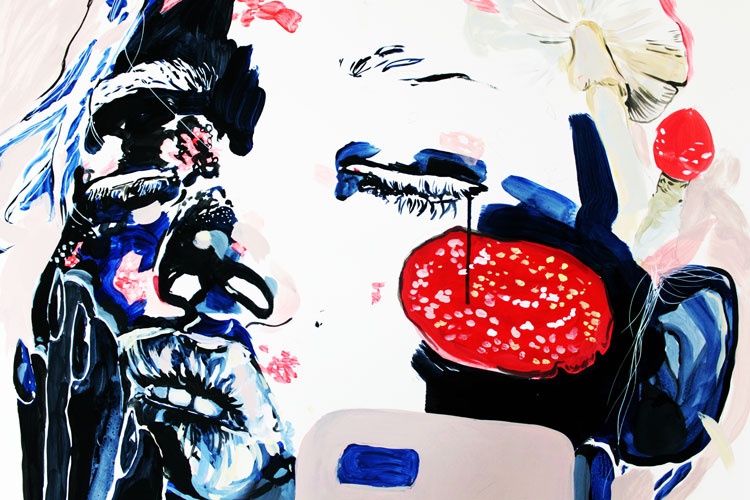 One of the featured artists, and the creator of our visuals this year, is Marcelina Amelia, whose work encompasses print, painting, and drawing. Taking inspiration from her Polish heritage, Amelia draws on religious iconography and folk tales to create painterly works that are both visually pleasing, and quite hard to pin down. Her work is playful, but with slightly unsettling undercurrents, which makes it very compelling. Having exhibited at the Affordable Art Fair New York, and led a sketch walk for Apple earlier this year, we’re excited to see her new work at the fair. 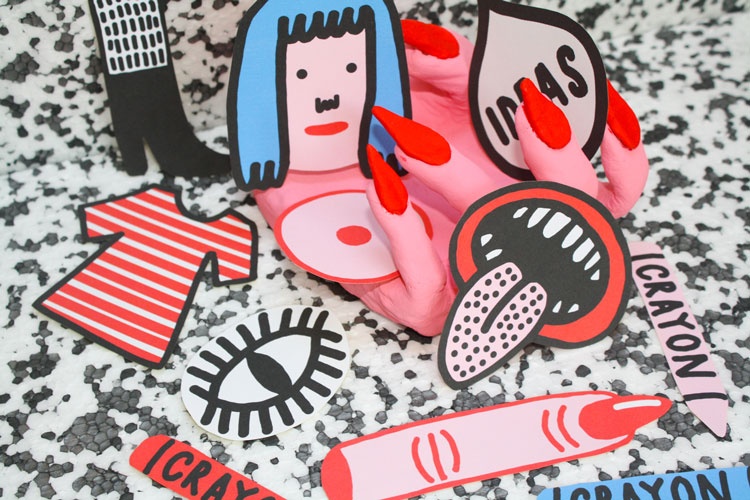 Recent graduate Hiffy Ulrich is definitely one to watch. Her feminist, witty artwork is striking and relevant – spanning printmaking, zines and fashion. She recently exhibited at FemFest, and we’re looking forward to snapping up one of her Ideas prints at her stand. 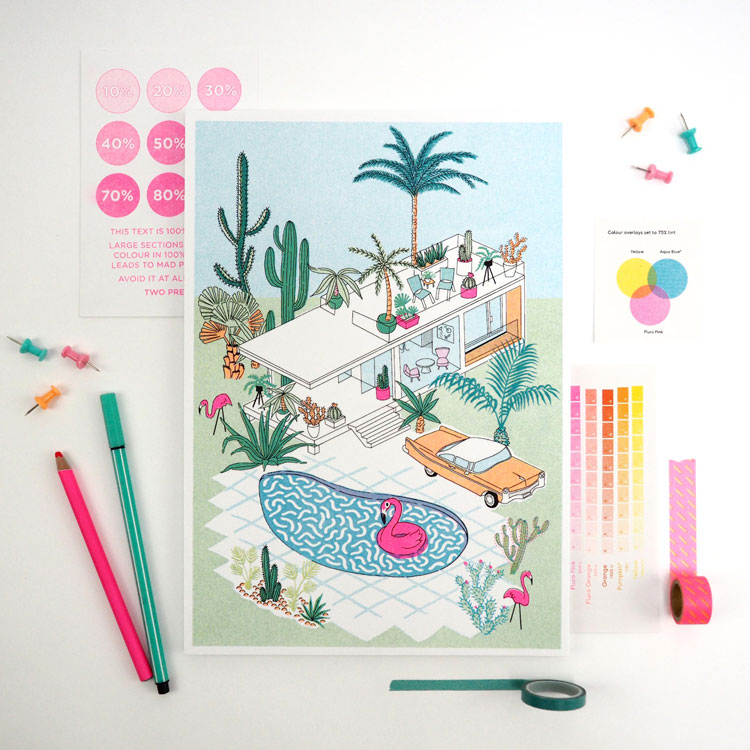 Jacqueline Colley is an illustrator and pattern designer who describes herself as “worshipping at the altar of maximalism”. Her work banishes blank spaces filling the page with botanicals and exotic animals. We’re particularly taken with her ode to mid-century mecca Palm Springs. Jacqueline will be part of a themed Wilderness Room at the fair, joining other artists in an exploration of all that’s weird and wonderful in the natural world. 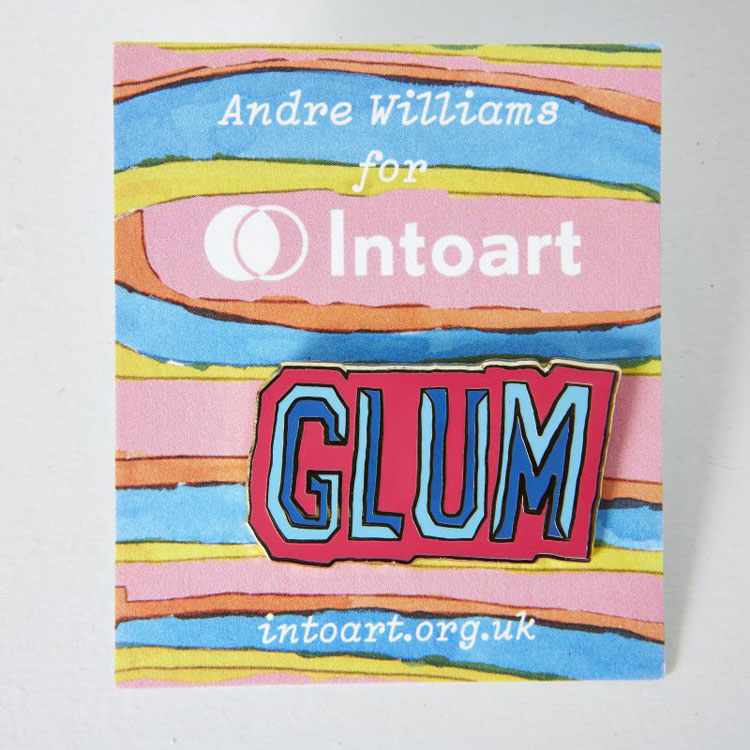 Intoart is an art and design studio based in South London working inclusively with people with learning disabilities. We are particularly struck by the art of Andre Williams, whose work reflects his interest in graphic art and curious objects. 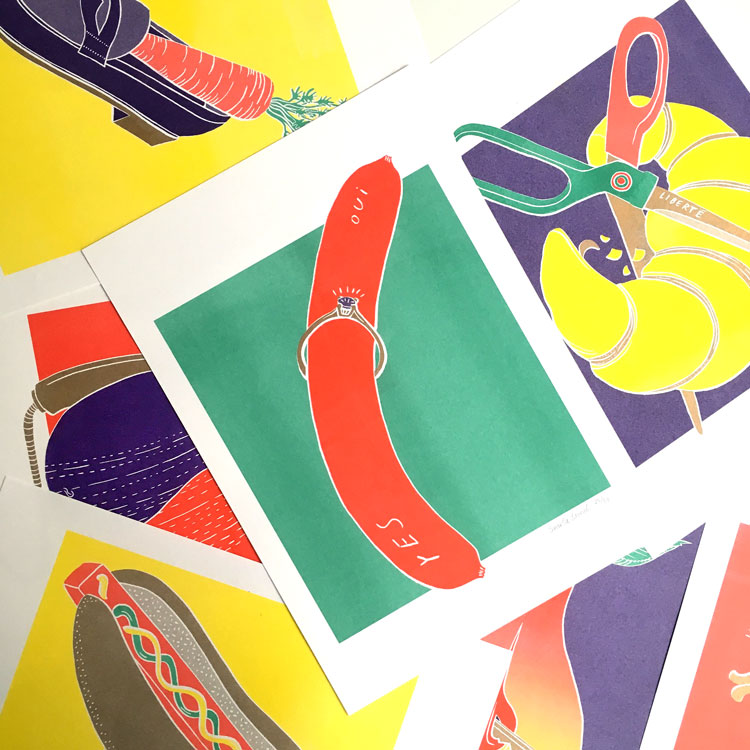 Paris-based artist, art director and illustrator Emilie Sarnel is showing with us for the first time this year – and we can’t wait to see her ‘Strange Love’ series of risographs in the flesh. Previously based in Asia, this influence can be seen in much of her work, including a fantastic series of Japanese mask prints.

The London Illustration Fair runs from 1-3 December 2017 at Bargehouse, Oxo Tower Wharf, Bargehouse Road, Southbank, London SE1 9PH. Entry is £7.50 for one day or £15.50 for a three-day pass. For more information, head here.

What does the Autumn Budget 2017 mean for design?