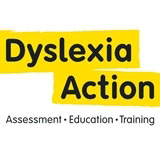 The Dyslexia Institute is set to relaunch as Dyslexia Action, under a brand overhaul by 35 Communications.

Chosen to present the charity as a dynamic and practical resource for dyslexia sufferers, the Dyslexia Action rebrand follows the merger of the Dyslexia Institute and Hornsby International Dyslexia Centre last summer.

‘We did lots of interviewing up and down the country to understand the values and personalities of the organisation. We found that it is vibrant, with driving and practical people, but the word institute conjures up academia and is a bit stuffy,’ says Keith Bamber, director at 35 Communications. ‘We decided that action is an important word – it is about doing things, rather than talking about them.’

The consultancy was appointed to the project six months ago, following a three-way pitch against undisclosed competitors. Its design is based on the concept of highlighting written words, a technique much used by dyslexics to aid comprehension, according to Bamber.

Dyslexia Action communications materials, stationery, signage and a website – www.dyslexiaaction.org.uk – will begin to launch with the new visual identity at the end of this month, although old materials will be phased out gradually to reduce costs. Alongside the logo is the strapline Assessment – Education – Training, which has been introduced to denote the charity’s services.

999 Design called in by The Supercover Group

Pyott cooks up identity for Christopher’s