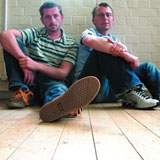 The acquisition will combine Butterfly’s eight-strong capability, known for its entertainment, games and film expertise, to E3’s own focus, which, to date, has been on Web design, publishing, mobile content and on-line advertising.

Butterfly will become incorporated into E3’s recently-opened London office, where it will now be based, trading under the E3 name. E3 joint-managing director Mike Bennett says there will not be any changes to the team in the short term, though there will be some additional staff recruited for the London studio, which will be headed on the creative side by former Butterfly Effect creative director Bill Galloway, supported by art director Anthony Webster. The team will report to E3 executive creative director Wesley Hogg at E3’s headquarters in Bristol’s Tobacco Factory.

Bennett says there are plans for two further acquisitions/ ‘Within the next six to 12 months, we expect to acquire a mobile content specialist and an on-line advertising and marketing specialist in order to strengthen our full service offering. From there, we’ll take things as they come, but there could be further acquisitions too,’ explains Bennett.

Bennett says E3 reported a turnover of £2.7m last year and expects to reach £3.5m this year. With the new acquisition, it now employs just under 60 staff.

Fashion museum is under threat