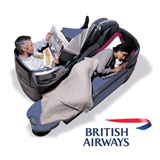 In 1987 we hit New York, having spent a year closeted in San Francisco. By chance, the Museum of Modern Art was featuring the work of Mario Bellini and on show was a treasure trove of models and drawings cataloguing his work with Olivetti and Brionvega.

When I flick back through the book I bought at the time, that featured the exhibited work, I remain as inspired now as I was then. Products like the Brionvega Aster TV (1968), Brion’s monitor (1975), Logos calculator (1972) and Divisumma’s calculator (1972). Much of the work shows an incredibly perceptive and expert use of materials, creating form that has spirit and substance. I am also often reminded of this work when younger employees use product images in presentations that, ironically, are about predicting the shape of things to come.

I am seldom inspired in just positive ways, though. Both Olivetti and Brionvega were crumbling when much of this work was created, madly clinging to traditions, hoping that design could win out while a technological revolution was happening around them. The long lasting values that this kind of work shows are important to me.

But I can sleep easy – some of the work I have completed, or been involved with, has delivered success. A car radio I designed for Ford, in 1983, sold over 6 million units, and our design of the Club World seat for British Airways has continued to deliver profits since its launch in 2000. Hopefully, the launch of next generation Club World seating, later this year, will move me closer to my goal.