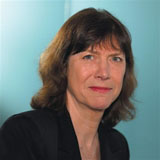 Though commercial publishing is our main business, we at Design Week rarely cover editorial design. We’ll review a book on a creative subject for its content more often than for its design, and magazines barely get a look in.

The reason is simple. Traditionally, there is little cross-over between graphic designers involved in promotional print – dominant among DW’s readership – and their peers in commercial publishing. Indeed, publishing has formed its own creative category, with its own specialists, and with good reason. Anyone who’s judged the editorial section of a design award will have seen commercial titles too often cast aside as the ads are said to destroy the purity of the design.

When it came to DW’s redesign last year, the in-house design studio won a pitch against some of design’s finest, partly because it truly understood the importance of grids and overall clarity to a weekly magazine faced with tight deadlines and scant resources. Others had only a tenuous grasp.

But it wasn’t always so. Magazine design was once a key part of the graphics business – take the involvement of, say, Pentagram partner David Hillman and Blackburn’s head John Blackburn in the seminal Nova magazine in the 1960s and 1970s. Magazine and book design was just part of the mix.

And it has remained so in some quarters – Fernando Gutierrez has taken up the baton at Pentagram and the likes of Atelier Works and Thomas Manss & Company can slip effortlessly between book, brochure and branding design. Meanwhile, others, such as Jonathan Ellery at Browns and female duo Apfel, that redesigned Architects’ Journal last year are taking on publishing.

With the pressure on graphics groups to show difference, and with convergence between disciplines still a lucrative and inspiring way for consultancies to move on, much can be learned from editorial design. To start this process, we launch our first Publishing and Design supplement this week with The Folios, a publishing design award run jointly with Creative Review, to follow. We welcome your feedback.