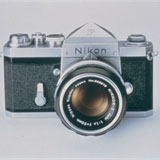 Japanese product design is among the best in the world, yet it is the companies, rather than the designers, that are remembered. John Stones reviews a retrospective of Good Design Award winners in Milan.

‘Made in Japan’ may have been supplanted by ‘Made in China’, but it is products designed in Japan that we still so often turn to, particularly for consumer electronics. Our continuing love affair with these products, and their ubiquity, can blind us to their design. 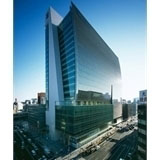 Often created by in-house teams, many of the products hide their design credentials under a bushel, compared with European designs. Even when star designers from outside are involved, it’s still the company that is paramount.

Some of these products, such as the motorbikes and cars of the 1960s and 1970s, were initially derided, whereas others, such as the 1959 Nikon F single lens reflex camera, were immediately recognised as important milestones.

To coincide with this year’s Milan Furniture Fair, an exhibition (designed by Matteo Vercelloni) at the Triennale showcased a selection of Japanese products that have won the Good Design Award, or the G-Mark, instigated by the Japan Industrial Design Promotion Organisation, that dates back to 1957. 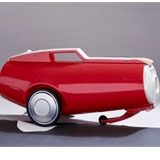 The 100 or so objects not only chronicle the individual design achievements, but also resonate as icons of Japan’s rise to industrial pre-eminence. On a more personal level, they also invoke nostalgia – there can be few of us who, at one time or another, have not had some of these products form an integral part of our lives.

One of the award scheme’s initial stated aims was ‘improving quality of life’, and companies such as Sony, Epson, Nikon, and so on, have indisputably done so.