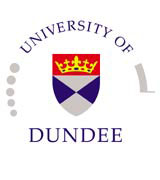 Unusually, I’m not writing in to nit-pick the merits of designer’s work. This time it’s the perception the public have of us.

On BBC Radio Four the other day there was a debate about the Clear English Campaign awards. The holder of the worst ‘plain English’ gong went to the University of Dundee, where the designers had tried to explain the merits of the university’s new identity.

With much giggling between the commentators, the university representative said, ‘Luckily, we leave the designers with just the visual communication.’

Warranted or not, this is the general public’s perception of us – arty, farty, bullshitters who can’t string two words together.

Maybe, instead of all this SuperHumanism, lovey-dovey self congratulation, we should be thinking about what we do best and applying it.

If we only congratulate design in terms of the visual end product, then what do you think the public will think of us? I think the ‘holier-than-thou’ attitude is also a big turn off for many designers and the public alike.

And me? I’m just an outspoken nobody. Make of that what you will.

Play the negotiators at their own game