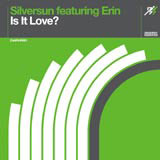 Nottingham-based group Output has created the identity and house bag for start-up record label Running Records. The identity was inspired by the name of the label, which ‘suggested an athletic theme’, says Output creative director Rob Coke, and the work features ‘a simple typographic style and clean colours’. Graphics are based on ‘running track shapes’ and inspired by Otl Aicher’s Olympic symbols, Coke adds. Running Records will release two albums and ‘three or four’ singles of ‘soulful house and US garage’ this year. The first, Silversun featuring Erin’s Is it Love?, will be available from later this month. Output was appointed in December last year following a pitch against undisclosed consultancies.