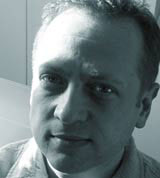 If Hollywood’s TV executives ever set out to make a racy drama set in a Californian design office they couldn’t find a better source of set design ideas than Astro Design’s office in downtown San Francisco. It fulfils almost every surf stereotype you could imagine. Amid the ranks of Macs the studio features a plywood skateboard ramp, a basketball hoop and table football in the mezzanine chill-out area. As for the ‘dudes’, with their baggy surfwear, chinny beards and woolly hats, they couldn’t look more the part if they tried.

The image seems a bit cheesy, but it’s in harmony with Astro’s marketing pitch and for a while it served the company well. In the 1990s Astro prospered as a product designer and stylist for the likes of Nike, Hewlett Packard and Compaq, expanding into three California offices as it traded successfully on a combination of solid design expertise and a sure feel for fashion’s shifting tides.

But today, Astro is a shadow of its glory days’ self, the San Francisco office is the only one left, staff numbers have halved and, until recently, the partners were concerned the company might melt down altogether. And Astro is one of the lucky ones. Since the turn of the millennium, four or five product design businesses which had long been fixtures on the Bay Area scene have hit the rocks.

So what went wrong? To a degree California product design was a victim of circumstance. You can gauge the mind-boggling scale of the techno-driven boom and bust that the region experienced at the turn of the millennium by the effect it had on the property market not just in Silicon Valley but in the heart of San Francisco. When the Web bubble burst in summer 2000 and the new generation of Web specialists were swept away, vacancy rates in the city fell from 2 to 30 per cent in a few months. The effect on manufacturing culture was almost as severe. The plug was pulled on new product development all over Silicon Valley and manufacturing growth in the state plummeted from 26 to 1 per cent.

But while the bad luck version of the story is still popular in local Starbucks outlets – local legend has it that Bay Area fast food joints now boast a vast amount of design expertise – in the product design studios of Palo Alto and San Francisco you find a grudging acceptance that hubris also played its part. Product designers are renowned for level-headedness, but wouldn’t be human if they didn’t crave a little bit of the glory that comes of designing an undisputed product classic. And in the boom years when every design studio worth its salt received constant requests to style new, wild and wonderful surfing and communicating devices, it’s clear heads were turned by both the kudos and the cash that might come from creating a new iMac or Palm V.

‘It was hard not to succumb to the hype when every other 20-something had a fast car, a flashy apartment and a harebrained concept for a site selling pet food,’ says Internet design consultant Gita Salomon. ‘Perhaps we’re suckers in San Francisco; the gold rush had the same effect here a century back’. Bob Brunner, head of Pentagram’s San Francisco office, agrees. ‘It was crazy. We couldn’t find people to take jobs as designers, as we weren’t offering a six-figure salary and stock options.’

Three years on, the dust is still settling. California’s economy is still struggling and, with the exception of Apple, product innovators are much cagier than they were. However, West Coast product designers seem to be, gradually, finding a silver lining. With management gurus increasingly preaching the design message, innovation consciousness has reached middle America: the geographical focus for groups like Ideo has shifted from the coast to the heart of the country and from high-tech electronics for inspirational start-ups to more mundane stuff for fmcg giants like Pepsi and Macdonalds.

The no-nonsense spirit of the times may explain local impatience with any trace of indulgence. During my stay I took in a presentation by San Francisco-based product designer Yves BÃ©har. The Newsonesque work – including an updated Birkenstock collection – seemed inoffensive enough to me, but the Swiss-born designer’s publicity drive seemed to have got up the noses of some of the audience. ‘Can you believe his ego?’, my neighbour asked his friend. ‘Some designers think manufacturers commission products for their entertainment.’ In post-gold rush California, showing off has definitely gone out of style.

Designers need to be able to see beyond the red tape