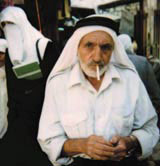 War. What is it good for? Photojournalists, that’s for sure. If you’ve got the cajones, the visas and the Kevlar flakjacket then you are on your way to the latest hotspot. With more conflict in the Middle East looming, two new exhibitions open in London this spring to provide a timely reminder of what happens when two tribes go to war – Exodus by Sebastiao Salgado and Confronting Views: Nine Photographers on the Israeli-Palestinian Conflict.

So what is it that motivates these photographers to leave the security of their homes and loved ones, jump in and out of planes and helicopters, duck and dive in foxholes, try to avoid sniper bullets when they could be earning a comfortable living shooting food pictures and watching the action on BBC or CNN? Why not let some other gung-ho scoop-crazy news-hound risk his neck to beam the footage back in real time. Can a still photograph even be effective any more in changing our views of human conflict, when broadcast media is so instant, accessible and on a screen near you – now.

After they have risked life, limb and liberty to shoot the material, war photographers still have to overcome all the problems of getting the work to an audience. Why do they persist? They must be crazy or on some higher plain – propelled by a moral imperative that few of us lesser mortals can comprehend. Or is it those movie images of war photographers like the Nick Nolte character in the Nicaragua of Under Fire?, clad in the ubiquitous fishing vest with all those oh-so-useful pockets. Where else to put your film, lenses, identification papers, dope and that Swiss Army knife? Or could it be the spaced-out triple-stacked Nikon lunacy of Dennis Hopper’s photojournalist in Apocalypse Now? In my estimation, a more accurate and less glamorous take on the war correspondent would be James Woods playing a self confessed ‘weasel’ in Salvador.

The photojournalist Tim Page once said that ‘taking the glamour out of war is like taking the glamour out of sex’ and for me he is getting to the core of it. Living on the edge, the adrenaline rush, going into unknown territory all under the banner of a moral crusade. War can be addictive. Fear of imminent death can be preferable to dying of boredom in suburbia. I question their motives closely. I admire the images. I admire their courage and guile, but do the photographs change anything? Do they give me somewhere to go – other than the next march against war with Iraq?

Photography has a long and sometimes dishonourable tradition of being used to record war and its aftermath. Back in the 19th century when the equipment got easier to transport, Matthew Brady was out there capturing the American Civil War for posterity. Roger Fenton took his famous mobile darkroom wagon to the Crimea for Queen Victoria. Once exposure times could be reduced further, photographers braved the weapons of World War

•to produce images that can only hint at the scope of the carnage, the futility and the waste of life. By World War ll, 6×6 and 35mm format cameras were widespread and their portability meant that millions of images survive to give us insight into the conflict and the scale of the human suffering – except, of course, for the effects of nuclear weapons used on Hiroshima and Nagasaki, where most photographers feared to tread.

But it was the Vietnam War that proved a turning point in media coverage – it became the most documented war ever, and some of the photographs produced were crucial in changing public opinion about America’s involvement in south east Asia. In more recent conflicts, like The Falklands and the Gulf wars, the military commanders have been more circumspect, more controlling, not to mention a little paranoid, about media access.

When Cornell Capa (brother of the photojournalist Robert Capa) coined the phrase ‘the concerned photographer’ in 1967, Sebastiao Salgado had not even picked up a camera. He was busy studying economics and his work, for me, has always had a more calculated and measured view of reality that could reflect this background. His much-praised Workers series included the aftermath of the Gulf War. These are images with an epic, almost cinematic, sweep across time, space and reality. I wonder if they were even taken by a mere mortal.

Like the highly acclaimed ‘concerned’ photojournalist W Eugene Smith, Salgado’s vision of the world is at once pictorial and romantic. The people who populate that world are at best icons – elevated beyond their situation by the master’s intervention in their world. At worst, they are ciphers – staring out at us with a fixed, wide-eyed and, ultimately, uncomprehending look. They accuse. They are victims of global capitalism. We can feel guilt as we try to absorb these 300 images in Exodus: ‘the first pictorial survey to chronicle the current global flux of humanity’, clad in our designer clothes – all too often made in the sweatshops of the Third World, branded up and sold for ridiculous sums in chic boutiques.

Confronting Views shows photographers trying different strategies to ‘reveal the consequences of a vicious circle of violence’. We see moody monochrome (Paolo Pelligrin tracking what appears to be the nocturnal actions of the Israeli Army), colourful and strangely upbeat snatches of everyday life continuing regardless (Harry Cock and David Sauveur), and resistance (Larry Towell). For me the only work that really breaks away from the usual photojournalist mould is that of Antoine d’Agata. His sequences of joined up images (pictured below) have a definite filmic/animated quality, which I find far more visually provocative.

Some of the pictures are certainly harrowing. No one could ever doubt the determination and commitment of the photographers involved. But to what end? More blood. More gore. More carnage and still more futility. I feel inured to it. Numbed by the nightly reports on television. If I bought the book of the show would I ever want to look at it? No, I couldn’t enjoy it. Of course, such documentaries as this are amazing testimonies to man’s much-quoted inhumanity to man. In the future they will act as powerful reminders. Right now it all seems too close for comfort.

Meanwhile, the gallery walls of the UK have taken over as our window on the world, a context for us to examine and reconsider issues that would once have dominated our Sunday magazine supplements. Even the Tate Modern is planning a photographic season this summer around Cruel & Tender: Photographs of the Twentieth Century (even if it does not appear to feature any contemporary UK photographers).

Curators wax lyrical about ‘social engagement’. Photographers promote their clinical topographic studies of battle zones and tout cynical pseudo-documentary projects as meaningful art. Is anyone taking any notice? Is anyone swallowing the PR pill? You bet they are. Photography has suddenly become the medium of choice. Artists, art dealers, critics, tastemakers – they all suddenly embrace it. And social concern is the new black. Documentary is cool. Galleries are now the place to see, be seen and have your work seen.

Designers need to be able to see beyond the red tape