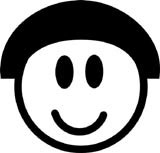 Matali Crasset is an anthropological designer. While this is not a title that the French designer herself endorses, her sociological rather than formal approach to the potential of objects make her worthy of the definition. As Gareth Williams, curator of the forthcoming Victoria & Albert Museum exhibition Unpacking Design, says, ‘What I like about her and her work and approach is the leap of imagination she takes. Her process is driven by a storytelling narrative.’

Crasset’s career has so far been a mix of in-house design team experience – in the early 1990s she ran the Thomson Multimedia design centre, Tim Thom, with Philippe Starck creating electronic products – and highly individualistic, diverse projects, from installations for trade shows to hotels and products. Clients include Authentics, Hermes, Tefal, Top-Mouton and Dornbracht.

She claims her inspiration to be art rather than design, and reels off a diverse bunch of people including the photographer Thomas Demand, video artist Bill Viola and Tamashi Murakami. In pure Gallic tradition, she also mentions philosophers such as Francois Dagognet and Marc AugÃ©, who has written extensively about Crasset’s work in the catalogue accompanying the recent Lausanne exhibition Un pas de CotÃ©.

Her storytelling trait developed early while working for Thomson. ‘My view is that when you deal with electrical products you have to penetrate a saturated and anonymous market,’ says Williams. ‘You need to create products with their own personality, so that’s when she developed her own narrative structure. What she does is answer real human needs,’ says Williams. Crasset says that during her period at Thomson she was fascinated by electronics and unenthusiastic about the idea of creating furniture. ‘Form is not my first concern,’ says Crasset. ‘My furniture does not rely on double functionality, but on a new classification, a new approach to the utilisation and the behavioural links to furniture.’

Perhaps the most intriguing piece of work on show at the V&A is the When Jim Comes To Paris hospitality column. Created in 1995, this is a system devised from the hypothetical, yet realistic scenario of a friend coming to stay in a small apartment in Paris. ‘I wanted to offer an alternative solution to the sofa bed,’ says Crasset. ‘To me, the convertible couch relies on an idea that is impossible, because it’s cruel and ungenerous. I wanted to give ‘Jim’ an object that was meant for him alone, so as not to transform another object only while he stayed in Paris.’

The grey felt column, which when unzipped becomes a bed, a screen or a carpet, is a simple solution to the prosaic problem of how to accommodate a guest. ‘The questions inspiring my work are: how can we rethink house space? How do we infuse hospitality into our living environment? How do we reconcile small spaces?’ says Crasset. Today ‘Jim’ is a best-seller in manufacturer’s Domeau & PÃ©rÃ¨s catalogue, and is used in hotels, by children and even by Dominican monks in their cells.

‘She works from the particular to the general and that gives her work a lot of character,’ says Williams. Another of her pieces on display, the Oritapi transformable carpet, further illustrates her childlike, ‘what if’ fantasy approach that pushes her to create spaces, which in the words of Auge are ‘both sheltered and open, functional and poetic, personal and shared’.

Crasset herself is a character of some intrigue. She has styled herself in the rather severe fashion of a Joan of Arc lookalike, and is certainly someone who intellectualises carefully her work. Yet she uses a cartoony-like logo (pictured far left) that wouldn’t be out of place in one of Murakami’s paintings and the spirit of playfulness infuses all her work.

Her latest large-scale project, opening this month, is the Hi Hotel in Nice, situated on the city’s sea front. A concept that fits the boutique, design hotel expansion currently pervading most European cities, it will feature 38 rooms and aims to offer luxury at affordable prices. Crasset has worked on both the interiors and the architecture of the 1930s building, as well as creating nine different concepts that are not just decorative, but in her own words are meant ‘to be nine different ways in which to propose a way to live and organise a space’.

For her fans, it will be a chance to experience Crasset’s way of life, while for those who can’t afford a break to the south of France, don’t miss the V&A exhibition.

Unpacking Design: Matali Crasset shows at the V&A Museum, Cromwell Road, London SW7 from 28 February until 23 March. She also talks to Gareth Williams on 28 February at a free event. And as part of French Designers’ Day from 14-22 March, work by Crasset shows at Viaduct, 1-10 Summers Street, London EC1

Springetts has its day at the races

Australian café set for spring in to Creative Action