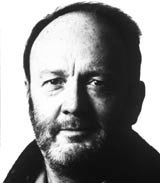 Pentagram partner John McConnell is resigning his directorship of the consultancy at the end of March.

Architect William Russell, designer of the Alexander McQueen flagship store in New York City, has been headhunted for the soon-to-be vacant partner position at the design group’s London office.

McConnell (pictured) says he will continue working on a consultancy basis for Pentagram for clients John Lewis Partnership and The Co-op. But he also plans to breathe new life into his own consultancy, John McConnell Design, where he will re-employ his existing staff – designer Zach John and personal assistant Alison Moore.

It is not yet clear how Pentagram’s partners will re-organise themselves without McConnell, who has acted as managing partner in what he calls an ‘unofficial’ capacity. He came to Pentagram in 1974.

McConnell says, ‘I don’t think I could ever stop designing, it’s in my blood.

‘For the time being I’ll continue to work from Needham Street (Pentagram’s London office), but now I won’t feel quite so guilty if I take time off,’ he adds wryly.

Russell, who is designing a 16-store retail roll out for Culpepper (DW 16 September 2004), says he will transplant his three-strong team to Needham Street over the coming weeks.