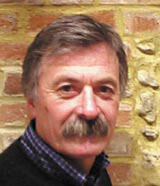 In an unusual move for design David Pocknell has joined Conran Design Group as executive creative director, while remaining at the helm of his Essex consultancy Pocknell Studios.

Pocknell, who has signed a year’s contract, will head a team of some 25 designers at CDG, including eight or nine who work within Proctor & Gamble. He declined a directorship at the Havas-owned group, which is a public company. It is not necessary, he says, as long as he is given ‘the right degree of authority’ at CDG.

The role at CDG, he says, is ‘to help it concentrate on what it’s good at. My purpose is to keep up quality and attract good people.’ He expects to spend a lot of time at CDG, but foresees no merger between it and his Essex team.

Pocknell replaces David Chaloner, who left CDG in February 2004 and joined Conran & Partners as interior and retail director in June. He does not preclude the idea of bringing in ‘a specialist retail person’ in due course.

CDG managing director David Worthington says there might also be scope for a senior packaging designer on the team, ‘[Pocknell and I] want good people to join us,’ he says. ‘There are some holes that need filling.’

Pocknell, who was alerted to the opportunity by industry ‘fixer’ Ian Cochrane, says of the CDG move, ‘[At Pocknell Studios] we do our boutiquey products, but I’m a grown-up and want some big things to do.’

Designer of the Year shortlist