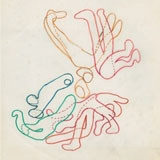 Drawings are relied upon by pioneering scientists, mathematicians and musicians, as much as by designers. John Stones examines an exhibition that charts an intriguing, alternative history of graphic design

The intimacy of a drawing or sketch, the physical imprint divulging the process of a creative idea or intellectual breakthrough, has a special appeal. The spontaneous expression of an idea on paper is as close as you can sometimes get to seeing how someone really thinks. 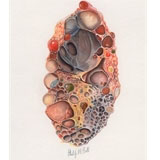 Take the sheer amount of people wanting to see the Michelangelo drawings recently on display at the British Museum. It led to unprecedented rationing for people seduced by the promise made by the show’s subtitle Closer to the Master. Michelangelo would have been bemused and it takes a certain kind of personality to be happy to show the doodles and sketches, the visual working out of an idea, including discarded cul-de-sacs, rather than the final, finished article.

Of course, it is not only artists and designers who regularly ‘take a line for a walk’, to use Paul Klee’s often quoted phrase, but also surgeons, engineers, mathematicians, biologists, astronomers, musicians and archaeologists to name just a few. The great idea behind Lines of Enquiry, an exhibition at Kettle’s Yard in Cambridge, organised by artist Barry Phipps, is to bring together a very wide and comprehensive selection of drawings by eminent figures from very disparate fields. 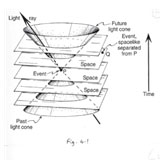 From Sir Roger Penrose’s reformulations of Albert Einstein’s theory of relativity to the drawings of plastic surgeon Tariq Ahmad to a page of doodles by Tom Dixon, they provide a fascinating and alternative perspective on what is, quite literally, graphic design.