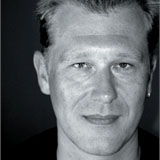 The Dutch have ingenious ways of saving space, to cope with overcrowding. We should learn from them, says Jim Davies, as the UK may not be far behind

I recently returned from a visit to my relatives in Amsterdam. We spent much of our time in the Jordaan area, once the charmingly run-down, bohemian part of the city, now on its uppers, going through a Hoxtonesque reinvention, with real estate prices to match.

Even so, away from the strip joints, hash houses and Euro-tat chain stores on the other side of town, you get more of a sense of the ‘real’ ‘Venice of the North’, and there’s a slimmer chance of colliding with an oncoming bicycle.

Inevitably, when you’re abroad, you compare that way of life to your own. What struck me, particularly, is how much more adept the Dutch are at utilising limited space. Houses, transport systems and even the landscape have been carefully designed to cope with 16.5 million people shoehorned into just 33 883km2 of land (plus 7643km2 of water) – one of the most crowded places on Earth.

The landscape? Well, yes. Much of Holland has been reclaimed from the sea, using an intricate system of dikes, dams and drainage. Hence the phrase, ‘God made the world, but the Dutch made Holland’.

Because it’s so flat, and because there’s something in the Dutch psyche that craves order, this artificial landscape is curiously, mesmerisingly uniform – a system of interlocking grids that seem to disappear off into infinity. It’s like a Mondrian painting, but in greens and blues, with the heavy black lines replaced by canals, roads and train tracks. Everything is geared towards spatial efficiency, making the most of this precious resource.

At each turn, there’s yet another ingenious example of space-saving design, such as the multi-storey bicycle park just outside the Central Station and the swish, double-decker trains inside. Small flotillas of houseboats are moored canal-side, stealing valuable floor-space from the water.

Inside a typical Dutch house – even a relatively modern one – you’ll be staggered by the precariousness of the staircases. They’re more like our loft ladders – steep, narrow and often twisty, you almost feel like you need crampons and ropes to get to the top. Why? Because this means you don’t need an extravagant stairwell or lift shaft – they’d muscle into the restricted living space and that would be a waste.

Actually, the notion of waste – or rather avoiding it – is right at the heart of Dutch design for living. Undoubtedly a hangover from the austere Protestantism of old, consumerism is far less conspicuous. Shopping is a necessity, not a hobby. In the UK, we’ve got to the sorry stage where the latest rapid-boil kettle or a chrome kitchen bin has become a quasi-status symbol. In Holland, people are more prepared to use things until they wear out, to get out the glue or needle and thread, or just to make do.

And, when you think about it, an old pot you’ve had for years, which you’ve used to cook special meals, that has a few dents and scratches, has far more character than the latest state-of-the-art, non-stick, anodised, celebrity-chef-endorsed super-pan. It has a story, it’s part of your experience, and it’s like an old friend. As long as it does what you need it to, that’s all that really matters.

Throwing things out before their time is not only a waste of money, but also a drain on resources. In Holland, a large refuse site represents a missed opportunity for housing or recreation. We haven’t got to that stage here yet, but it’s only a matter of time. It’s time we too joined the space race.