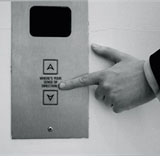 The Team has created a visual brand language for employment body the Work Foundation, as part of a move by the organisation to reflect more strongly its position on fulfilment at work.

The campaign is entitled Good Work and will be applied on a new website – which launches this week – and across corporate collateral, advertising material and brochures. It reflects the organisation’s ‘redefined mission’, according to The Team managing director Julian Grice.

‘The Work Foundation is developing its stance and refining its on-going message,’ says Grice. ‘Our idea revolves around using Economist-style, attitude-shaping messages that express the organisation’s advocacy role.’

The Work Foundation was formed four years ago and was formerly the Industrial Society.