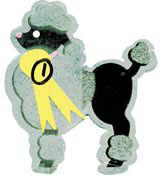 The design industry’s nobility moves in mysterious ways. This is a world of protocol, where sensibilities are fragile and deals are done in the corridors of power. It’s there that reputations are sullied or sealed.

Appointing a senior design player usually involves at least three parties: the employer, the potential candidate and a matchmaker to bring the two together. The person acting as the matchmaker will often be a paid professional recruitment consultant or headhunter, who makes it their business to know people, or to at least know the people who know people. But the political shaping of any industry inevitably arouses the interest of many people and other spirits too know the corridors well.

Pringle creative consultant Valerie Wickes, who gets her fair share of calls from recruiters, agrees that matchmaking at the most senior levels of the industry is a very delicate affair,

‘It’s all a bit cloak and dagger,’ laughs Wickes. ‘I think you have to do it in a way that doesn’t threaten anybody’s ego, or threaten anybody’s position. It’s a bit like going on a date with someone in the industry in a way. No matter what happens you’ll still have to know that person professionally at the end of the day.’

The analogy of the going on a date is a good one, for the final union is rather like a courtship or a dance where two must ultimately unite. To achieve this there can be few formalities. And a lot is left to the instincts of the two parties.

Major Players director Paula Carrahar agrees that at the most senior levels, formal systems of selection like the interview become pretty redundant.

‘It’s much more informal, much more about someone’s reputation in the industry. Instead of organising interviews, for example, we would set up a meeting. We’ll put people together and say why don’t you guys have a conversation. If they are in a job, we’ll call the company that is recruiting and confidentially say we’ve got someone. We tend to keep names back for a while and just explain their role and what they do. Then we’ll suggest a meeting probably in our offices so as not to arouse other people’s suspicions,’ she says.

‘At the top,’ says Carrahar, ‘a lot of it comes down to the respect someone has earned as they move up through the ranks.’ She points out that extra-curricular achievements like judging awards or sitting on industry panels help to make an impression as well.

She says that candidates do need to be able to back up their experience though, ‘perhaps by giving a presentation or writing a proposal on how they would change things. Some people begin by collaborating on a pitch or a live project so they can try each other out’.

The way things work at this level has to be very confidential, particularly if prospective candidates are already in a position of responsibility, says Gabriele Skelton managing director Karina Beasley.

‘The London design network is incredibly strong, but at a senior level that can sometimes work against you. Sometimes people come to us because they don’t want people to start whispering about what they are up to. If you go to a recruitment agency you will get confidential service,’ she says.

Beasley reckons that the UK market has still got a long way to go to catch up with the US, however. ‘The US is heavily into headhunting. They will pay a lot of money to get the right person over there. It’s difficult to say why that is, though I do sometimes wonder if we don’t take it seriously enough over here,’ she says.

Wickes agrees. ‘The US took me by surprise. It is much more direct,’ she continues. ‘In New York it seemed much more explicit because I would get calls almost every week, even when I had only been there a few months. In England it is a little bit more occasional.’

The heavyweight US recruiters tend to work transatlantically, since top British and American design professionals are sought the world over. These recruiters are the people who are paid up front for their search services, rather than simply by way of a percentage once a candidate is placed (hence the term headhunter). And the bigger the job, the bigger their fee.

New York headhunter RitaSue Siegel is a prominent ‘global’ player who recruits at the highest levels. Despite being based in the US, her consultancy RitaSue Siegel Resources is currently handling the search for Clive Grinyer’s replacement as head of design and innovation at the Design Council.

‘We recruit high-level design vice-presidents in corporations, as well as very senior people for design consultancies,’ she explains.

Siegel has devised a thoroughly researched candidate questionnaire to gather and record people’s experience based upon the client’s brief. This then enables her organisation to compare like with like and detail with detail.

‘When we are searching for a candidate we always start with a blank piece of paper, rather than with who we know directly,’ she explains. ‘We call absolutely everyone we can think of for recommendations. That way you discover the most incredibly talented people.’

It was this sort of approach that helped Siegel to find and place Shiro Nakamura as head of design for Nissan, she says.

Judy Wert runs the executive recruitment consultancy Wert & Company Creative Recruitment Consultants on New York’s Fifth Avenue, which specialises in the design and media-related industries. She is often hired by corporate and consultancy clients to ‘conduct a search’ for prospective job candidates across the world.

Once the client’s needs are ascertained, she explains, a conceptual strategy is developed for what this person’s profile might look like. Then it is a question of thinking about who you know, or more importantly, who you might need to get to know.

When approaching new candidates, Wert e e believes it is not particularly useful to be too direct, even if she has a position in mind.

‘I may have a very specific reason for contacting someone, but I am always conscious that when you approach someone new that you approach them in a holistic way, explaining who you are and why you would like to know a bit more about them. I always explain that the information might not be useful immediately, but could be useful for a conversation in a year’s time.’

Wert says her professional objectives are two-pronged: to find specific candidates for her clients, but simultaneously to build long-term relationships with the design community. Only this way, she believes, can contacts of sustained value be cultivated.

All recruiters welcome candidate-initiated contact, even those with the more mystical label of ‘headhunter’, a term that some embrace and some find slightly devalues the profession. Most will be explicit about your realistic likelihood of finding a suitable vacancy through them however, and will encourage you to remain in regular contact, updating them as and when you move jobs.

The problem at the moment is that this climate is not seeing much movement of top-level design professionals, says Franco Bonadio, formerly creative director at C21 and managing creative director of Enterprise IG.

‘It’s feast or famine with a lot of people right now,’ says Bonadio, ‘The ones that are really busy are nearly ready to start investing again, but for the kind of level of work that I do they probably really need to be going back into growth mode first.’

Beasley agrees that movement is somewhat slow at the moment at senior level, and consultancies are looking at their networks first for the experience they need. But she also points out that the fact the UK is currently attracting a lot of attention from US creative professionals suggests the domestic market is very much alive and kicking.

How to attract the headhunters

• Build an industry profile by organising events, speaking at seminars and judging awards

• Get in the media by being proactive about your new work, writing letters, offering yourself for opinion pieces

• Publish your own work

• Check messageboards on the Internet on the sectors you specialise in

• Use word of mouth, talk to friends, network, talk to those who know people

• Let it ‘be known’ that you are looking for work

Employment agencies usually charge on either a retained basis or on a contingency basis. Retained recruiting is when the client pays in installments to be retained by one search service for a fixed period. The final payment sometimes depends on a candidate being hired. Some search services charge between 20 per cent and 33 per cent of the candidate’s salary. Others charge a fixed fee spread over payments. In the US this can be as high as $50 000 (about £31 500) for a top hire. This type of ‘headhunting’ is more common in the US than the UK.

Contingency recruiting is when a client asks an employment agency or recruiter to find a candidate with the experience they describe, perhaps on an exclusive basis. This is sometimes called a job order. The client often asks more than one employment agency for the same thing and sometimes the client advertises too. But the contingency recruiter is not guaranteed to get paid for its work.