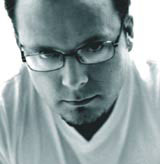 Vince Frost is set to join forces with Australia-based Emery Vincent Design, in a move that will see the emergence of the renamed Emery Frost group down under.

The Frost Design founder will move to Australia to take up the role of joint design director from January 2004, it emerged this week.

Frost is handing over day-to-day running of Frost Design to his existing London team this month.

Frost Design and Emery Frost will continue to be run as separate financial entities, but, Frost says, they become ‘three offices of the same company’ and ‘international collaboration is a strong possibility,’ he adds.

Frost has made his four employees partners in Frost Design. He will remain as chairman and overall creative director, with Zoe Bather and Matt Willey as creative directors, Anil Soni as studio manager and Lynne Dobney as business development director.

Emery Frost, based in Sydney and Melbourne, was founded in 1981 and is headed by Garry Emery. Frost becomes joint design director with Emery of the Melbourne office and will have sole responsibility for the Sydney and London offices.