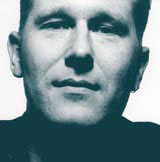 In the small Warwickshire market town where I live, the local shopkeepers know a thing or two about cutting-edge name generation. There’s a newsagent with Post-modernist aspirations which archly calls itself The Paper Shop. There’s Pets and Paper Attic (spelt with a ‘c’), which sells an odd, and rather strange-smelling, combination of dog food and greetings cards. But then there are the real trend-setters, the masters of ironic understatement – Geoff the barber, Joanne the florist, and the local taxi firm which goes by the name of… Dave.

OK, context is all. To christen a high-flying design consultancy Dave (DW 16 October) is a little more subversive than naming a cab company – badge drivers required, account customers welcome – after yourself. It’s making a point: in an industry perennially accused of style over substance, we’re no-nonsense, salt-of-the-earth types. But it’s done in an ever-so-slightly pretentious way.

I was more taken with another recently formed Christian-named company, Mark, which is less loaded and more relevant, derived from its founder Mark Lester’s name and hinting at the notion of a graphic mark. There’s a great difference of tone and intent, even in such similarly inspired names.

With names that are too wacky, the joke soon wears thin. Made You Look and Next Big Thing must have seemed like good ideas at the time, but actually, they’re the design equivalent of A Flock of Seagulls. Neil Smith of Howdy has had to get used to the almost inevitable greeting he gets whenever he walks into a room. But he says he’s more tired of having to spell out his company URL www.howdy-pardners, every time. That’s the problem with strange spellings, you end up with a kind of parenthesised double-barrel – ‘that’s Kube (spelt with a ‘k’)’.

It’s interesting, too, how there are such distinct trends in design consultancy names – so much so that you can virtually tell the age of a company by the kind of name that it has.

These days, it’s rather knowing, quietly confident short names. You can stick Design, Studio, Associates or Creative on the end of them as fashion dictates. But a few years ago, it was all about asserting your credentials – ‘oh no, no, excuse me, we’re not a design company, we’re a “strategic brand consultancy”‘. So it suddenly became de rigueur to have the word ‘brand’ in your title – hence Interbrand, FutureBrand, CGI Brandsense, and the rest. Wickens Tutt Southgate even changed its name to Brandhouse WTS, although Simon Tutt had left several years earlier, so perhaps it had some excuse. The one that failed most spectacularly, however, was Lambie-Nairn @ The Brand Union and Tutssels @ The Brand Union, an amazingly clumsy way of suggesting an umbrella company while squeezing that crucial ‘brand’ in there somehow.

Though unimaginative, at least these names are descriptive. The trend for naming a company after its two or three founding partners made design consultancies sound like solicitors or accountants. Of course, some combinations work better than others – Wren and Rowe has a certain ring, Hudson Fuggle is memorable.

Often, when founding partners leave, or their names prove too much of a mouthful, companies opt for initials. If these happen to a form a recognisable word or acronym, so much the better. So we have the likes of HGV, GBH and SAS – short, punchy and with an underlying hint of aggression. Then there’s the slightly more obscure examples – the N and B of NB Studio stand for Nick (Finney) and Ben (Stott). ROSE was made up of Rebecca Oliver and Simon Elliot’s initials. Rebecca has since moved on, but the name is now well enough established to have evolved into a lower-case Rose.

These truncated names sit happily with the vogue for snappy, one-syllable names – Love, Hoop, Mook, Field, Reach, Red, Root, Start, North, Race, and so on. It was said that when the music industry changed over to CD from 12-inch vinyl, it spawned a rash of bands with short, sharp names like Blur, Ash and Muse, because they’d look better on the covers of the new, smaller format. Inevitably, in a highly visual industry there’s an element of this going on too, an awareness of how the letterforms interact, as well as the sound and inference of the word itself.

As for me, over the years I have grown to appreciate my own name. While it may not be too distinctive, it does have a certain ‘everyman’ quality about it. A bit like Dave really.