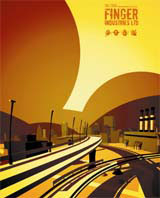 An animation festival in the West Midlands offers an alternative to London-centric events and provides an opportunity for local creatives to show what they can do. Yolanda Zappaterra talks to Flip festival director Peter McLuskie

WHEN you think of contemporary animation, where do you think of? Denmark perhaps, where production companies like Radar, The Animation Workshop and the Danish Film School produce consistently innovative work and animators. The US certainly, where animators like Seth MacFarlane create films for cable companies that get snapped up by Fox, such as Family Guy and American Dad, which recently premiered on BBC2 as a double bill. Then there’s Eastern Europe, which is carrying forward the surrealism made famous by the likes of Jan Svankmajer in the Czech Republic. And, of course, there’s London/ production companies, like Nexus, commission and foster new work by animators, such as Ali Taylor, Adam Foulkes and Alan Smith; established talents, like Chris Cunningham, make stunning films and videos, such as the recent Rubber Johnny; and emerging talents from the Royal College of Art and Central St Martins College of Art and Design produce accomplished pieces that you can sometimes find showing in the wee small hours on Channel 4 and BBC2. The place you don’t think of, though, is the West Midlands.

But this is a perception that the Flip animation festival, organised by Wolverhampton’s Light House Media Centre, is hoping to change. As festival director Peter McLuskie puts it, ‘The original thought behind the festival was to raise the profile of the animation work that goes on in the West Midlands and to generate interest in the region. An animation festival helps to celebrate the range of talent in the region and persuade animation graduates to develop their careers in the West Midlands.’

Consequently, McLuskie has helped put together a programme for the two-year-old, three-day event, which features international screenings, including the mesmerising Howl’s Moving Castle by Spirited Away director Hayao Miyazaki, a showcase from the National Film School of Denmark, plus an exclusive preview of this year’s animate! TV commissions, co-funded by the Arts Council and Channel 4. There are also talks, forums, workshops, and industry panels, including an interesting one looking at non-traditional media delivery routes for animators, such as mobiles and gaming.

But the focus will be firmly on local talent, of which there is plenty, McLuskie believes. ‘All of the main universities or art schools (Wolverhampton University, Staffordshire and University of Central England) in the region provide animation degrees,’ he says. ‘It is very easy for animators, studios and agencies to work in isolation and to gravitate towards London to source commissions, talent and networks. We often come across situations here where companies in the region go to London to source animation, not realising that these services are available locally.’ 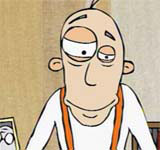 The London creative drain described by McLuskie is, of course, nothing new. It’s a frustrating situation for many regions, which could take inspiration from Flip’s fightback initiative – a region-centric event that aims to offer something for everyone. Local interest is addressed by festival attractions, which include work entered though open submission by professional animators living or working in the West Midlands region, and the SE3D animation scheme, which features a showcase in the festival and offered access for 12 groups of animators to the powerful HP Labs’ experimental Maya Rendering Service from their home or office. There is also an industry panel offering the Animators Survival Guide to the Midlands, and, for innocent Nick Park fans, rather than world-weary South Park ones, the chance to see the work of five Wolverhampton Primary Schools, which worked with animators to produce short films. As McLuskie says, ‘We recognise that talent has to be developed at an early age and that working with schools and young people can foster long-term interest in animation.’

Best of all, for anyone who’s ever tried to ‘do’ the London Film Festival and ended up humbled and exhausted, McLuskie promises Flip will be ‘small but focused, friendly and welcoming, with a programme that’s easy to understand, but not too many parallel activities, which frustrate festival-goers’. Which all sounds attractive enough to make a trip to Birmingham’s Custard Factory worthwhile. •

The Flip Animation Festival takes place in Wolverhampton and Birmingham from 27-29 October. For details, visit www.plotonline.co.uk/flip.