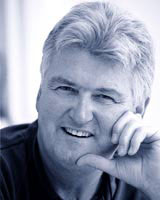 Ian Logan, who is best known for high end packaging design, is merging his business with two-year-old brand design consultancy The Nest.

Logan, who has been in the business since the mid-1960s, has been looking for a company to tie up with for the past four or five years. He says he feels he has been pigeonholed by clients, and teaming up with The Nest is an opportunity to broaden his offer again.

He has been winding down his business over the past two months from ten to three people, through redundancies and not renewing freelance contracts.

Logan says he has an empathy with the people at The Nest, which is 18-strong and based in London’s Farringdon. ‘It’s all down to personality,’ he adds. Details of the financial arrangements of the deal have not been disclosed.

Logan will spend one or two days a week at The Nest, working on his own clients, such as Tesco and Boots the Chemists (for which he is on both rosters), and fmcg projects in The Netherlands, Turkey and Germany. He will also act as a new business consultant for The Nest. Clients include the Roald Dahl Estate, Concorde, LancÃ´me, The Conran Shop, Banana Republic, Cadbury, Tonka and First Great Western.

Logan then plans to spend the rest of the time on his design-led accessories shop in London’s Charterhouse Square.