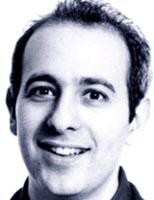 The event did not ‘start a debate on the role of the individual in society, corporate and state responsibilities and, in particular, imperatives for designers’.

To take apart his outrageous claim: the debate about the role of individual in society has been going on since before the Athenians formed a democracy in the 6th century BC.

It was the 1960s when corporate social responsibility was defined as businesses’ decisions and actions taken for reasons at least partially beyond the firm’s direct economic or technical interest.

And last year’s Design in Business Week event, which preceded the SuperHumanism event by more than six months, heard Imagination’s Ralph Ardill talking about how designers and marketers should ‘pollinate the brandscape rather than pollute it’.

Which sounds like an ‘imperative for designers’ to me.