To commemorate a year in Zoom and videocalls, branding studio Baxter & Bailey has designed a series of twelve backgrounds for people to download and use in their seasonal work calls. These range from the festive – a snow globe with London’s skyline and hanging mistletoe, for example – to the now all-too-familiar sights and sounds. “You’re on mute” appears lit up in fairy lights in one background. There are also plenty of non-seasonal ones you could use in 2021. You can download them here.

Ungifted, from Do The Green Thing 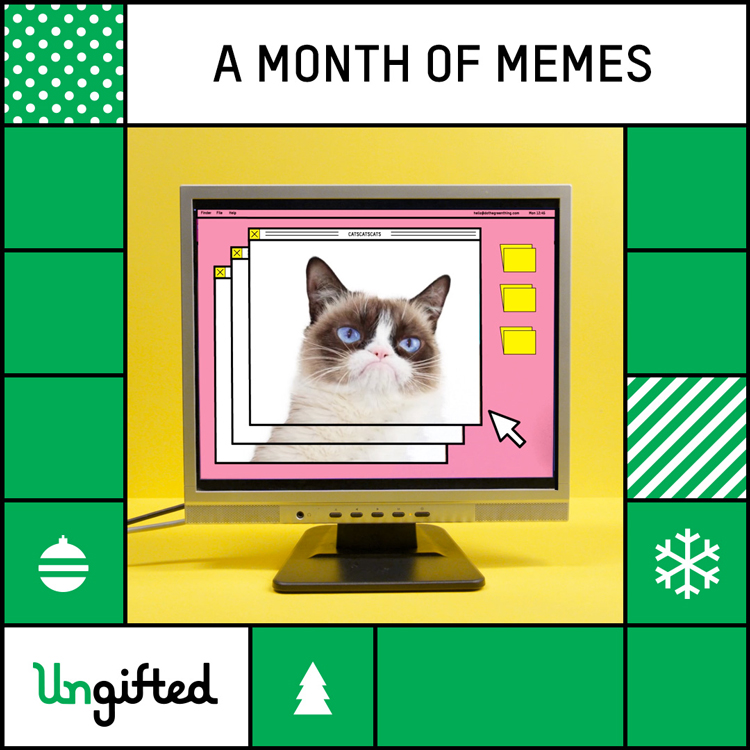 When environmental group Do The Green Thing first launched Ungifted, it was an attempt to do away with the “mass-produced junk” that colleagues usually buy each other at Christmas. Now in its second year, the eco-minded secret Santa platform has been reimagined for socially-distanced times. In 2020, it aims to spread Christmas cheer with gifts that can be given and used from afar. Some of the suggestions included curating Spotify, sending motivational memes for a month and reviewing films on behalf of friends.

Do The Green Thing co-founder Naresh Ramchandani says: “This has been such a difficult year, and colleagues who are used to working side-by-side aren’t able to share Christmas fights of celebrate together as they usually would. Ungifted gives us all the chance to do that, and by sharing our company or our creativity, even if that’s virtually, we get what a lot of us need at the moment; more regular human contact.” 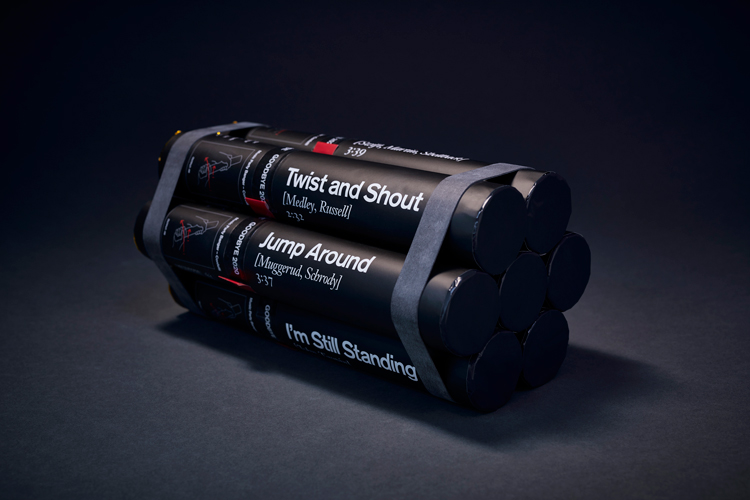 Manchester-based consultancy Music won the Design Week award for best self-promotional project with its lyrics-inspired Christmas wrapping tape from 2019 (including Ariana Grande’s Thank U, Next, and Joy Division’s Love Will Tear Us Apart). This year’s project takes a more explosive approach with confetti party cannons emblazoned with some apt tunes to see the year out. Elton John’s I’m Still Standing and Otis Clay’s The Only Way is Up are featured, while House of Pain’s Jump Around is tailored to the New Year’s crowd. The inclusion of Taylor Swift’s Shake It Off meanwhile might echo many people’s thoughts about 2020 as we head into 2021.

Prompts and Provocations, from Echo 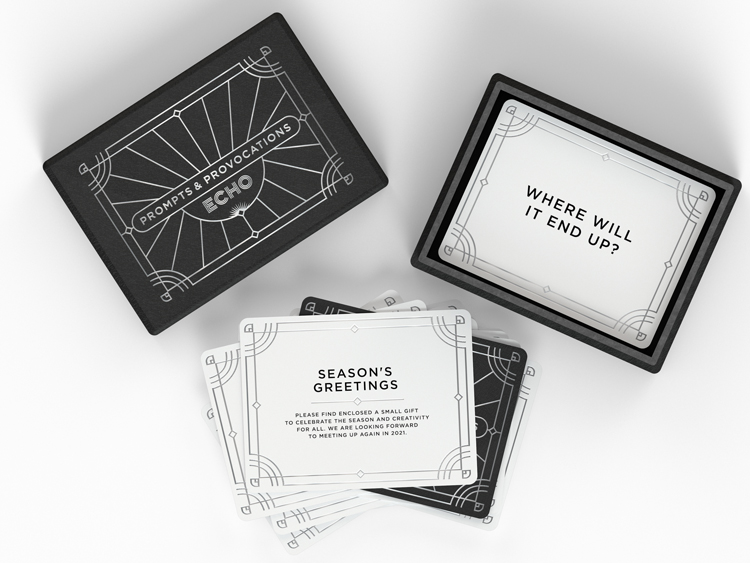 While many will be taking a much-needed break over the coming week, London design studio Echo is looking ahead to new year inspiration. Its Prompt and Provocations card deck has been inspired by the studio’s motto, Magic, Madness and Meaning. Each of these principles hopes to foster successful creative thinking, encouraging the studio to consider how personable and human-centric its projects are. The new deck of cards hopes to achieve a similar goal for other creatives. In total there are 56 cards with prompts including “Will it makes the world a better place?” while more abstract cards simple say: “Elephant”.

Echo managing director Nick Dormon says the brainstorming tools aim to “unlock thoughts and widen creative horizons”. “A lack of inspiration can hinder the creative processes, given that design work is visually and emotionally stimulated by eternal elements and tangible interaction,” he says. “These sensorial experiences have been difficult, if not impossible, to achieve in lockdown.” The black and white cards have been designed with a touch of Art Deco, in a look that is both “unassuming but intriguing”, according to Echo designer Eva Fernandez.

There was no shortage of digital Christmas cards from studios this year, with many making use of animation. B&B studio’s playful card runs through “a bloody tough brief” of summing up 2020 (one of its suggestions is a Santa face mask) while NB Studio has designed a 2020 take on the 12 days of Christmas based around lockdown memories such as loo roll shortage. Free the Birds has simply taken an eraser to 2020 in its look ahead for 2021 with the tagline: “Let’s try that again shall we?”