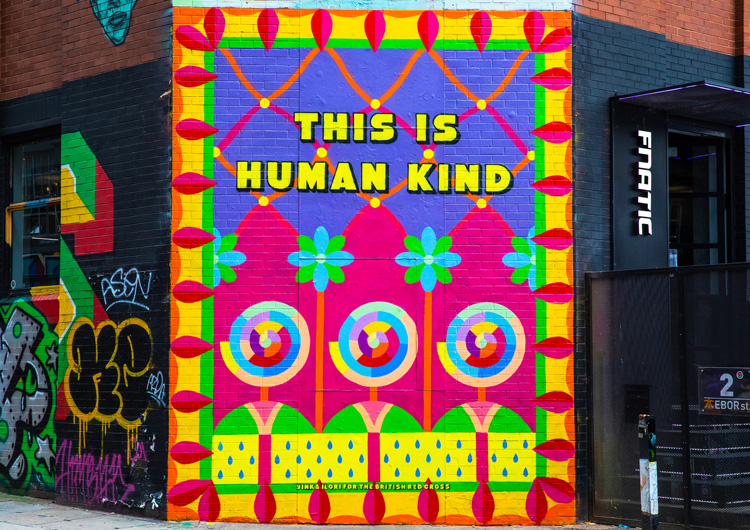 Bringing his joyfully colourful signature look to the streets once again, Yinka Ilori has teamed up with the British Red Cross for its latest campaign, “This is Human Kind”. For his part, the designer has created a 15-foot mural bearing the campaign’s slogan. It is available to view now, and is located on Ebor Street, a short walk from Shoreditch High Street Station.

Ilori says the mural is an attempt to “celebrate community, collaboration and just being kind to others”. These are themes his work has “always been about”, he adds. The hope is that large-scale art and design pieces like this can help make a “lonely city” like London more inclusive.

The newest addition to the Cambridge Science Park is a large-scale hexagonal façade installation from Jason Bruges Studio. Suitably innovative for its environs, the façade explores how images are recorded, stored and “creatively reimagined”. Its name and hexagonal forms are a nod to the work of Sir Nevill Mott, who first described the “latent image” – the process by which light transforms hexagonal silver halide crystals within photographic film.

Using computer vision, the façade tracks everyday moments around the TusPark building on which it sits. Motion detection cameras on the south-west and south-east facades of the building are the installation’s “eyes” – during the day the light-up installation “observes and mirrors” pedestrian activity, but at night, it closes its eyes and “dreams”, using bespoke generative algorithms.

Something Spaces, by Something Else and Where are the Black Designers? 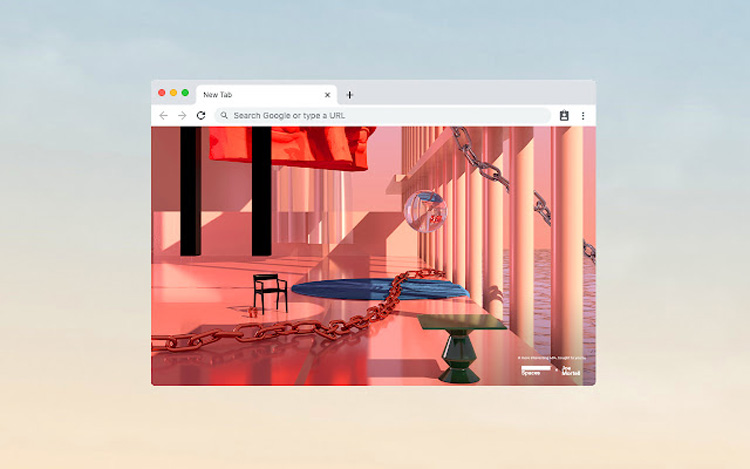 Taking on a blank space that often gets overlooked, Something Else and Where are the Black Designers? have partnered to create Something Spaces. The canvas in question? Unused browser tabs. This is prime online space with which to celebrate Black designers, the partnership says, so the team has developed a Chrome extension to do just that.

Those that download the extension will be treated to a selection of commissioned pieces which have been created specifically for the platform. Those involved include Simone Brewster, Yolande Mutale and Laetitia Auguste. The partnership describes the experience as “a dose of inspiration… every time you open a new tab”.

Miscellany brand identity, by Run For The Hills

Miscellany is a new sub-brand from interior design and branding studio Run For The Hills, which will act as a “welcomingly affordable” offshoot from the main brand. The brand identity for Miscellany has been produced in-house by Run For The Hills’ graphics team, with a focus on illustration.

Design director Chris Trotman refers the look as “free and loose”. He also says the intention was to balance between a “sketchy feel” and something more “crisp and tailored”. The overall illustration effect, combined with quirky subject matter and a muted colour palette of neutrals and pinks, is “something whimsical”, he says. 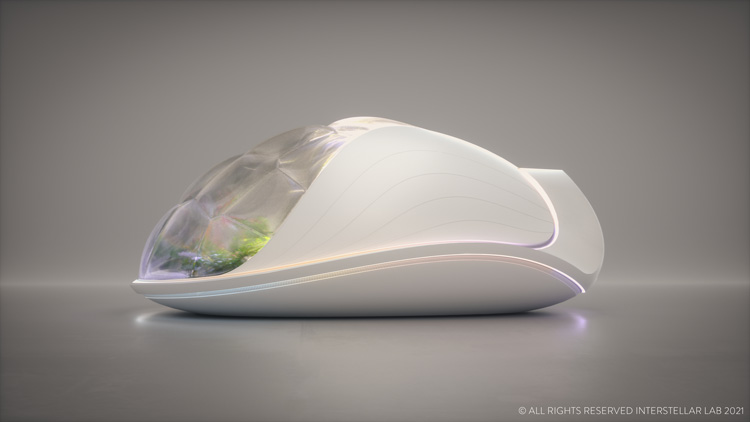 It’s one of the biggest hurdles future Earth ex-pats will have to deal with, but Interstellar Labs says it has solved the problem of growing food on Mars with its BioPod prototype. The solution, which uses Dassault Systèmes’ 3DEXPERIENCE Platform, is a controlled bubble-like environment, which uses “advanced crop cultivation tech”.

The pod itself is an inflatable dome, around 4.5 metres high, which uses soft plastic membranes as an outer shell. The greenhouse-like atmosphere within means a more diverse range of crops can be grown in a more compact space. Interstellar Lab says as well as being useful for Mars-dwellers of the future, the BioPod could also be helpful here on Earth, as climate change continues to impact farming around the world. 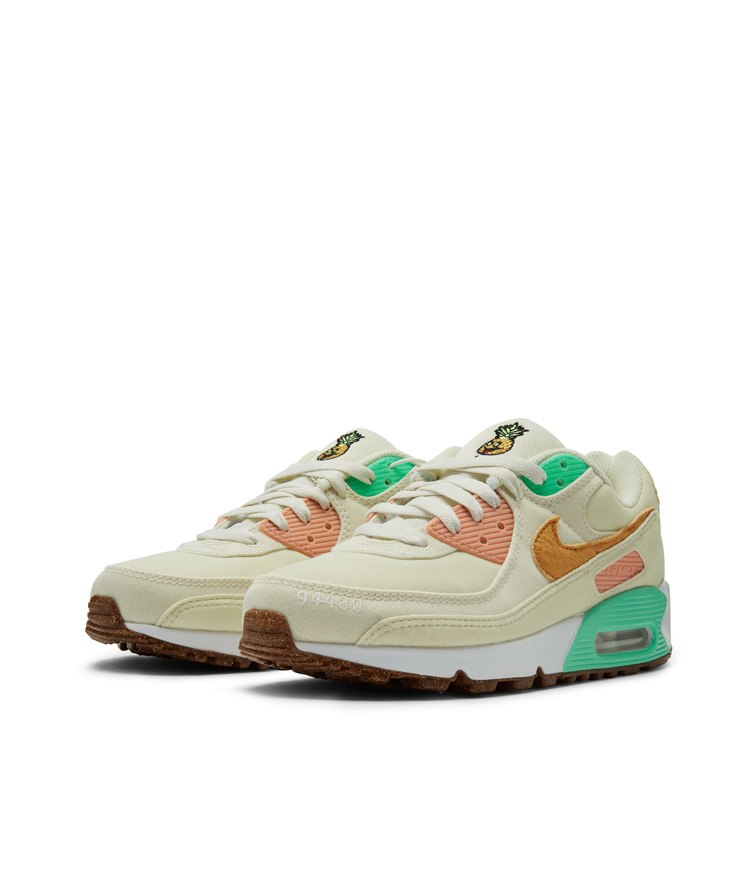 According to sportswear giant Nike, Piñatex is the “most sustainable plant-based alternative to leather” that is currently available on the market. The natural textile, which was covered by Design Week in 2019, is made from pineapple leaf fibre – a material that is usually wasted in the harvest of the fruit.

With no additional farming needed because of this, and the support the extra revenue stream gives farmers in the Philippines where it is grown, Nike says partnering with Piñatex was an “optimum” choice. The next Happy Pineapple collection comprises seven sneaker editions across five styles – and all feature “juicy” colour palettes, Nike says, as well as an embroidered pineapple graphic on the tongue. 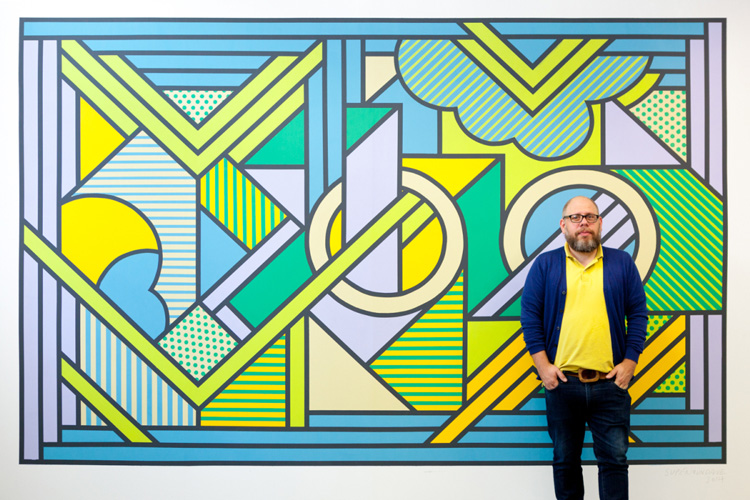 The Glasgow Print Fair returned earlier this month for its third edition. Perhaps at odds with lots of our current lived experiences, the theme was travel. But as is to be expected, the designers and artists involved in this year’s collection of bespoke prints approached the topic is all sorts of ways – from time travel, to daydreaming.

This year’s creatives included Supermundane, Tess Smith-Roberts and DR.ME. DR.ME opted for a hazy summer colour palette, reflecting the summer of sunshine everyone hopes to have, while Rob Lowe (pictured above) – otherwise known as Supermundane – has opted for his signature bold graphic and thick black lines. 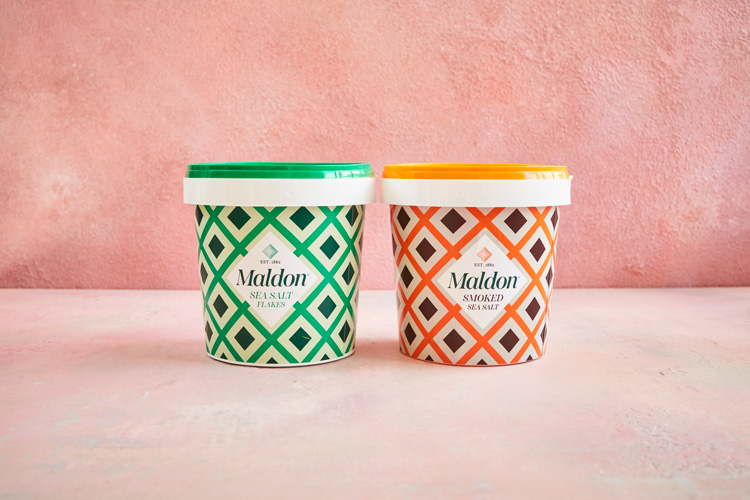 Operating since 1882, June marked the start of “an exciting new era” for fourth-generation salt brand Maldon Salt. Alongside the roll out of a new “Seize the Seasoning” campaign, Big Fish was tasked with redesigning the packaging for the brand’s range of products.

Informed by the well-known shape of Maldon’s sea salt flakes, the new packaging features a diamond pattern across the range. This is supported with a “distinctive use of colour”, which separates original salt and the brand’s other smoked variety and pepper. The different flavours are coloured green, orange and grey respectively.

What was your favourite design project of the month? Let us know in the comments below…