Airbus has unveiled a new interior concept for its best-selling A330 widebody aircraft, which is expected to be picked up by most major airlines and adapted to their own brand specifications.

The A330neo goes on sale next year (186 have already been ordered) and its cabin has been designed in-house, led by Airbus head of industrial design Paul Edwards and his team of around 40 designers working from Hamburg and Toulouse.

The new aircraft interior is the first Airspace by Airbus cabin concept and will eventually roll out across other Airbus aircraft.

On board the A330neo there a raft of changes, which are being implemented to improve customer experience and to give carriers the means to express their own brand better.

The concept has been developed around four pillars – comfort, ambiance, services and design.

In the welcome areas as passengers enter the aircraft they will be greeted by an LED illuminated panel with customisable patterns and 16.7 million colour variations to match any airline brand colours.

Meanwhile “Gobo” projection lighting can illuminate galleys, toilets and other areas can also be customised.

Smaller details such as magazine racks, ventilation grilles and window bezels have been refined and restyled.

Seats have been overhauled in every class. The economy class seats are now 45cm wide, giving an extra 2.5cm of width and providing more shoulder room – an effect which has partly been enhanced by curving the interior fuselage wall.

Overhead storage bins have been redesigned to give 66% more stowage. Each one can now take five cases, helping to reduce boarding time, minimise crew workload, and ensure passengers can store all their carry on luggage above them.

Taking the in-flight entertainment from the A350 XWB aircraft, the A330neo has an HD screen and a more discreet electronic box, which improves under-seat legroom.

On-board wireless services include intranet, allowing for streaming and connecting your own devices, as well as the capability for other high bandwidth services of the airlines choosing.

Toilets have been made larger, feature programmeable LED lighting, a softer more rounded trim and finish and antibacterial surfaces. Options include touchless flushing and taps, aroma dispensers and ambient music.

The lavatory spaces are interchangeable with other galley space, seating and wheelchair access space depending on the requirements of the airline.

Edwards says the new concept has as many “single straight lines” as possible and has been designed “not around a particular style as that dates.”

Instead he says it offers “a timeless, simple versatile design”, which will provide “a backdrop for the airlines brand.” 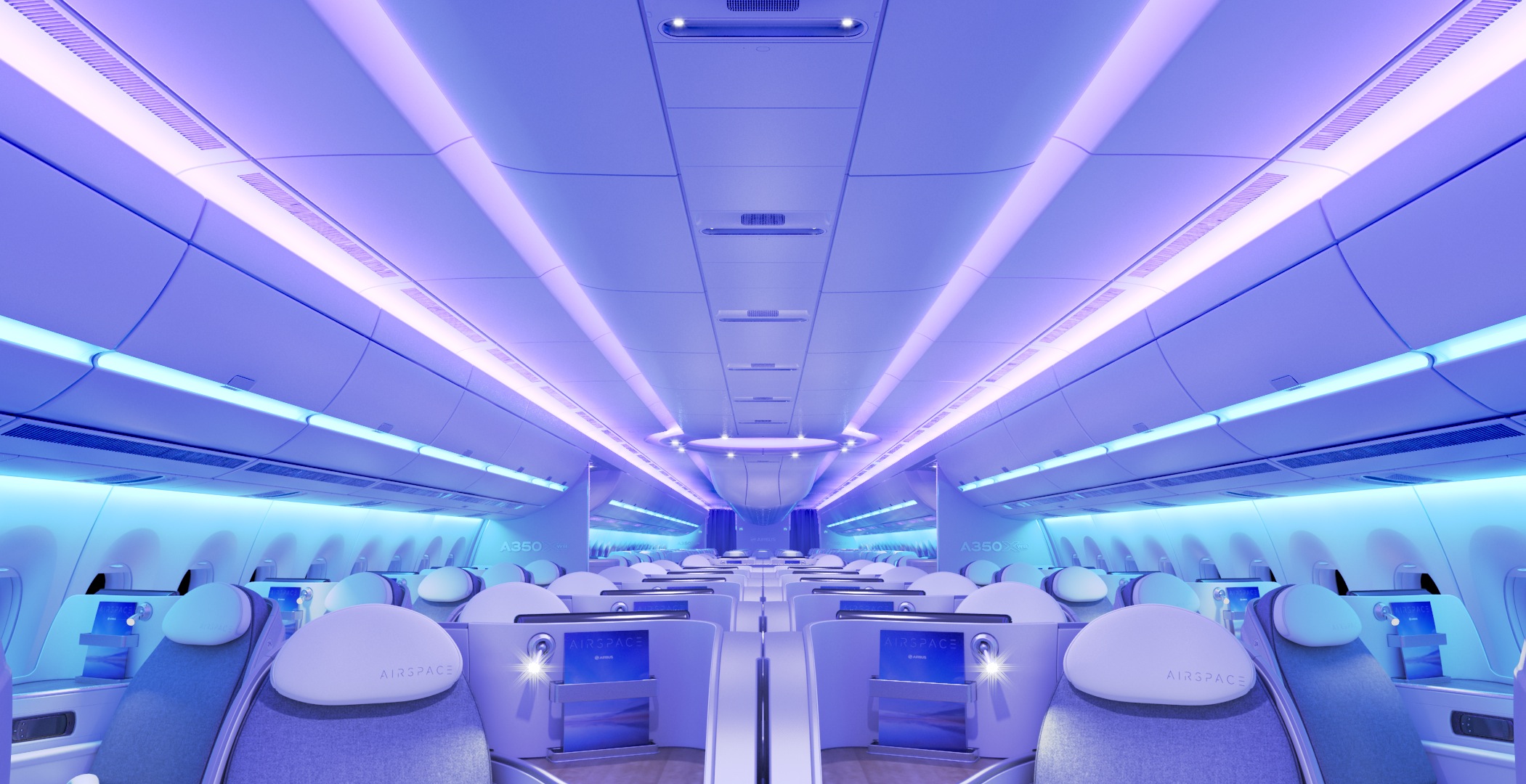