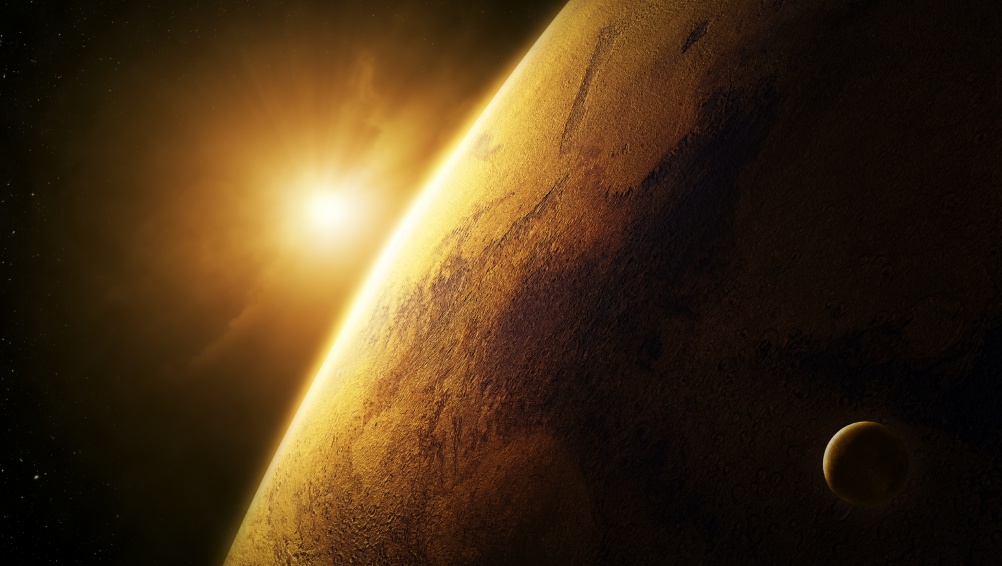 NASA has unveiled the shortlisted concepts in a competition to develop 3D-printed habitations for deep Space exploration, that could be built using extra-terrestrial materials.

Thirty finalists have been unveiled and two $1.1 million (£700,000) top prizes are on offer in the 3D-Printed Habitat Challenge, which is being run in conjunction with the US National Additive Manufacturing Innovation Institute.

Among the designs selected are habitations built by robots, homes created from converted spacecraft and a shelter made from ice.

We look at five of the interstellar concept designs:

This multidisciplinary team, which includes architecture and design studio Ozel Office, proposes a shelter made from composite fibres and fast-curing polymers.

These could be 3D printed on site and woven into various shapes to provide the building materials.

Conductive metal fibres, fibre optics and other fibres that transmit electricity, data and light could also be woven into the building material, the studio says.

The N3ST concept is based around a three-layer structure. The outer layer quickly stabilises the atmospheric conditions, to allow the two inner layers to be built.

The team says this approach will “minimise error and robot failure” as the habitations are built.

Team Neiro says its solar-crafting system uses energy from the sun and sand from the planets surface to 3D-print habitations.

Rather than using traditional cranes, which are too big to send into Space, the habitations will be built with a balloon-assisted gantry system.

The structure is built from three elements: the landing vehicle; a 3D-printed dome and an expandable living module. The design team says the construction system can also be used to build other structure such as landing sites, roads and hangars.

The Ice House design team says that “with water as a core resource” it has taken the approach of integrating water into the building’s structure.

The design uses a pressurised shell of ice, which the team says “draws on the abundance of water and persistently low temperatures in Mars’s northern latitudes”.

The multidisciplinary team says it the constriction will use a “unique” 3D printing technique to create the ice house.

Team GAMMA, which includes architect Foster + Partners, is proposing a shelter than can be built by robots before its human inhabitants arrive.

The robots would first dig a 1.5m-deep crater and would then construct the space homes using inflatable modules.

The design team says: “Given the vast distance from the Earth and the ensuing communication delays, the deployment and construction is designed to take place with minimal human input, relying on rules and objectives rather than closely defined instructions.”

The winning projects in the Space homes challenge will be selected at the NYC Maker Faire on 26 and 27 September. To see all 30 shortlisted concepts visit 3dpchallenge.tumblr.com.