Consultancy Music has branded Gas Music, a start-up specialising in the composition of music for advertising, films and games.

Music, which has also designed a website for Gas, was charged with explaining the capabilities of the service to its audience as simply as possible.

A typographic approach was taken, using single words to explain the feelings that music can conjure.

Business cards read “Gas is…” followed by one of ten different adjectives and this idea is also picked up on the website, which uses “Gas is…” to show the people behind the company, their business philosophy and their music. 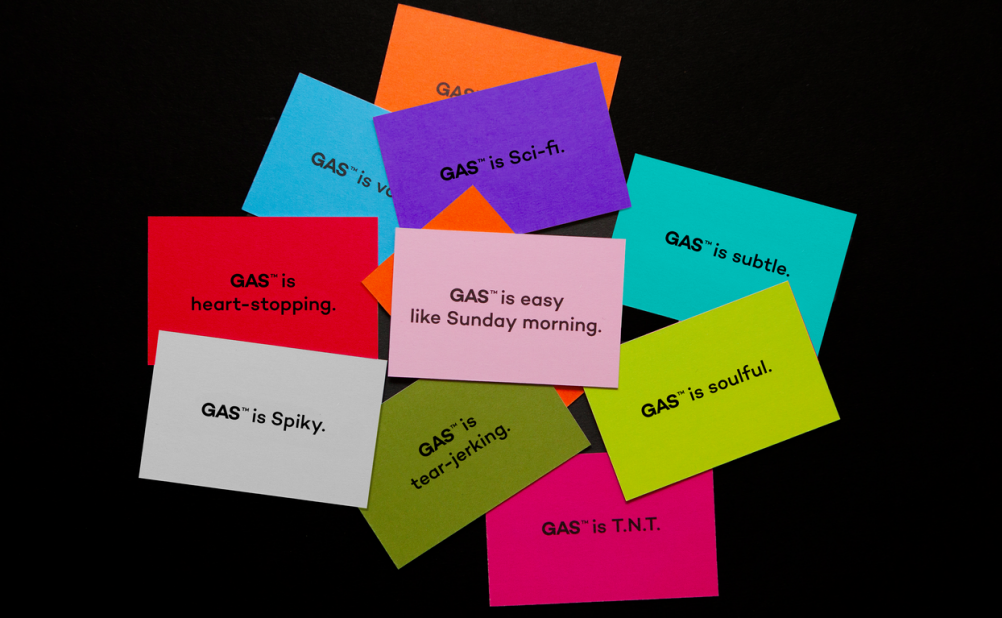 The site can be navigated by a grid of colours and words, which sets out feelings and themes that Gas can recreate musically.

Music executive creative director Dave Simpson says: “Music is a difficult medium to convey in a visual format such as a website, but I think we have managed to it for Gas.

“By using strong descriptive words and colours we have expressed the music triggered when you hit the tiles within the grid.  Gas is going to grow as a music and sound design business so they needed to have a website to share their successes and business expansion.”

Designers remember the magazines of their youth that influenced them