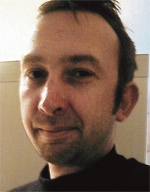 You can’t take away a balanced view from just one person, but it certainly felt to me like the Aircraft Interiors Expo 2011 in Hamburg, which ran from 5-7 April, was buzzing. It is not about the exhibition footfall as such it is about the body language of the people pounding the aisles. There was an urgency and often excitement in the air, which was a relief after last year, when it may have been busy but was not necessarily very positive.

Then there is the after-show party barometer. A feature of the Hamburg show is that every night is party night and these parties were great fun, full of smiling designers, which suggests the travelling public have got a lot to look forward to. But 3D design projects take a long time normally, and when you are talking about aircraft, you can double those already long lead times.

But the wind of change extends way beyond just the product designer’s influence and, of course, the cascade effect of technology is omnipresent. But despite its cutting-edge feel, modern aviation, certainly passenger-facing, has lagged behind the pace of change on the ground.

The rigorous, some might say tortuous, process of airworthiness certification means that by the time things are ready to fly, they are out of date. This gives airlines a very tricky time indeed when it comes to selecting an in-flight entertainment system who to bring in to provide the screen and entertainment package because it is not about what they offer today, it is about how efficiently they can upgrade tomorrow.

A chat with a senior market development director at Airbus one of the two principal aircraft builders in the world was illuminating, not because of what he offered, but because of what he asked. Airbus has enormous influence on what we all fly. These days it would sell you an ’off catalogue’ plane if it had a choice and customisation, as it is called, creates the tension in a meeting that you might imagine if you asked the owner of Bristol cars, who only sold vehicles to ’people he likes’, if he would mind ’doing one a bit more modern’.

Boeing is the same. Just as the consumer has really got to grips with customer choice, so the manufacturer wants to quote from Henry Ford’s archive albeit with the modern twist of three different shades of white. You certainly cannot blame such manufacturers for trying to work a catalogue system because aircraft are fantastically complicated, but airlines continue to grow in an ever-broadening market and there simply has to be choice choice and customisation are the two big requirements of tomorrow’s fleet.

The theme of the questions on the Airbus stand was the future where it was going, what was going to change and what were the up-and-coming trends? Resisting the temptation to put in a quote for all this, we did talk about choice and also about connectivity. One of the new buzz acronyms in the aircraft world and, believe me, it has a lot of them is PFE, which is essentially the iPad or smartphone brought on and used by the passenger, instead of the on-board screen and movie reel.

This is particularly important for the regular traveller, who quickly knows all the films backwards. And it is not just about films either. The reason we all buy into the smartphone phenomenon is because they do so much stuff. Of course, to get the most out of the tablet or phone, you need connectivity and it has already started on regional airlines and it will just be a matter of time before it is everywhere. Let’s pray though that the making of phone calls is globally banned like smoking. It is just as dangerous in a confined space.

There were a few very interesting mock-ups in Hamburg of how the future might look. Some were dafter than others, but all did a great job of provoking a naturally conservative industry. At one end, exhibitors challenged pretty much the whole layout of an aircraft, redistributing passenger seating and luggage stowage in a radical way.

At the other, they considered the way the passenger evolves as well as the technology a point illustrated by the Factory Design seat concept, Not For Wimps, created for Contour and which, as the name suggests, is as much about attitude as design.

Not For Wimps is a simple proposition that points out that passengers are changing, so as once business class passengers were very much 50-plus male, so that fine dining and a flat-bed were the dream ticket, now the young bucks turn left as they enter the plane and want to have fun, not hang out with dad.

The last point is perhaps one of the biggest issues confronting an industry that simply cannot convert to electric like everything else in the world that shuttles around people, and that is efficiency. There was an awful lot of great efficiency engineering, clever materials and general ’lightness’ around at the show.

Adam White is a co-founder of London consultancy Factory Design