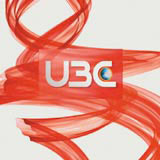 English & Pockett has created a corporate brand and a suite of six channel identities for UBC, Thailand’s equivalent of Sky, to enhance its visibility against the international brands on its platform like HBO and Discovery.

The work, which goes live on 1 September, is worth more than £100 000 in fees to the group. UBC is Thailand’s largest pay TV operator, with 430 000 subscribers, but it has the potential to reach up to 15.4m digital satellite households and 800 000 analogue cable viewers. E&P was appointed in April without a pitch.

According to E&P creative director Rob Machin, concepts are based on ‘imbuing the brand with meaning – connecting with the viewer with more than a basic television offering’.

E&P has renamed two channels, Film Asia and the children’s station Spark, as well as rebranding UBC News, youth-oriented strand X-zyte, the celebrity-based Inside, and the UK and US programme showcase Series.

Four ‘edgy and minimalist’ idents have been created for X-zyte, known as Hall of Mirrors, Fishfood, Insight and Gravity. Each one is derived from the channel’s Expect the Unexpected positioning.

E&P’s work on Spark is intended to ‘ignite the imagination’, Machin says. Inspired largely by Manga cartoons, the three idents are ‘exploded diagrams’ of an elephant, a robot and an aircraft that ‘construct, deconstruct and reconstruct like a puzzle’ before revealing the channel logo.

Interbrand joins with the Navy…